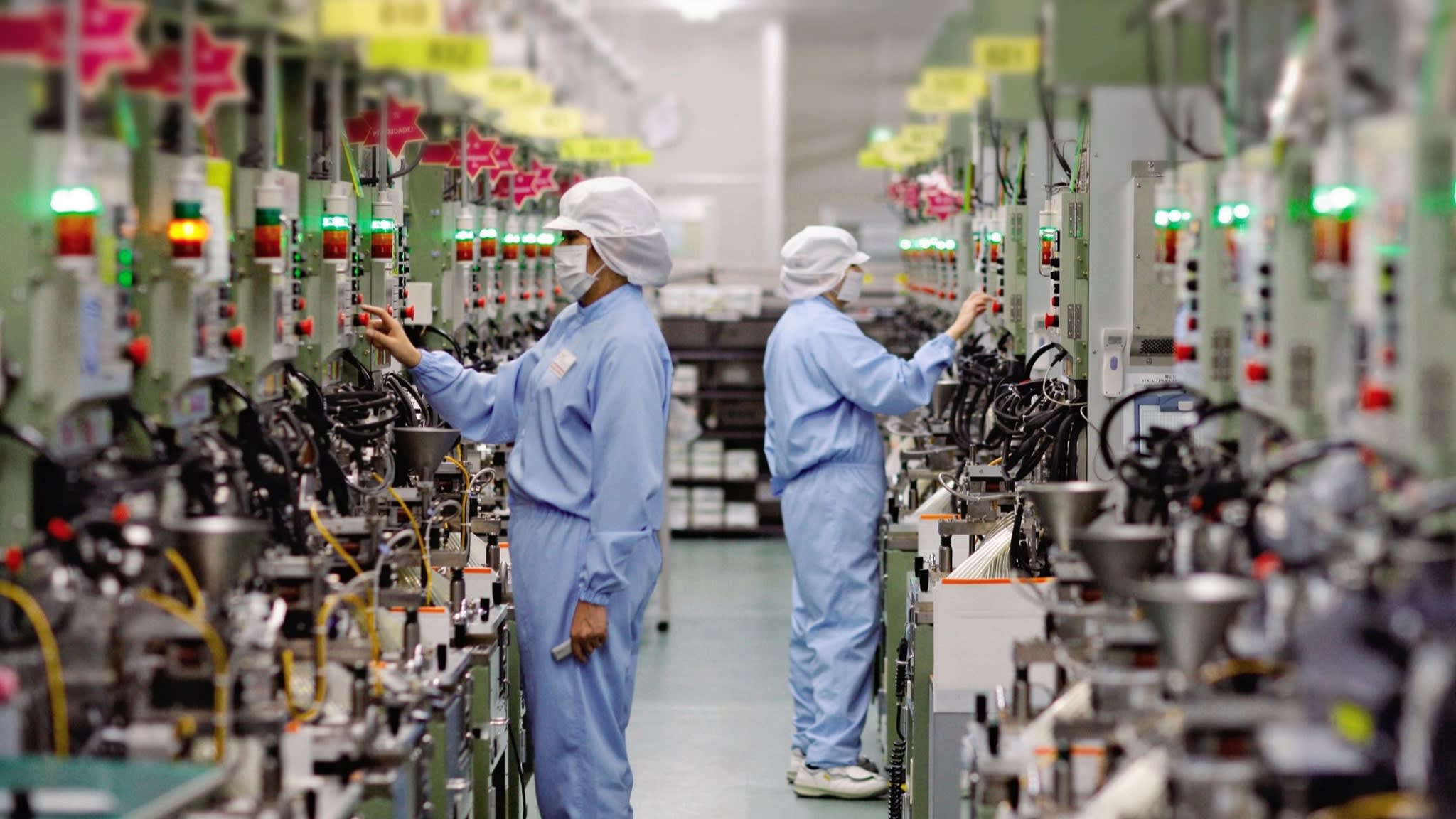 Parts maker Murata Manufacturing is stepping up production at factories including this one in Fukui Prefecture.
Nikkei staff writersJuly 27, 2018 18:09 JST | Japan
CopyCopied

TOKYO -- The combined total of orders received by Japan's six largest electronic component makers grew 13% on the year to an all-time-high 1.54 trillion yen ($13.9 billion) in the April-June period, as weaker demand for iPhone parts was more than offset by sharp growth in automotive demand.

Sales numbers that are similar to orders in nature were used as substitutes for some of the order figures.

The robust growth is expected to continue until the seasonal demand spike toward the year-end, although the ongoing U.S.-China trade war remains a risk factor.

The six companies' orders slowed in the January-March period, dragged down by an output cut for the iPhone X smartphone, but have since accelerated thanks to a spike in orders for automotive components.

Of note is a roughly 15% order increase for Murata, which holds about 40% of the global ceramic capacitor market. The component, used on circuit boards to remove noise, is increasingly in short supply, as a single car can incorporate up to 10,000 of them, compared to the maximum 1,000 used in a smartphone. Demand for the device is expected to grow further as cars shift to next-generation technology, including electric and connected cars.

TDK has enjoyed about a 30% rise in the value of orders received, thanks mainly to an increased supply of components for automobile communications and driver assistance systems. Kyocera gained 26%, having received more orders for ceramics parts and cameras for cars, in which it specializes.

While Alps Electric has seen a decline in orders for switches and vibration components for smartphones, those for "onboard automotive components have made up for the shortfall," a company official said.