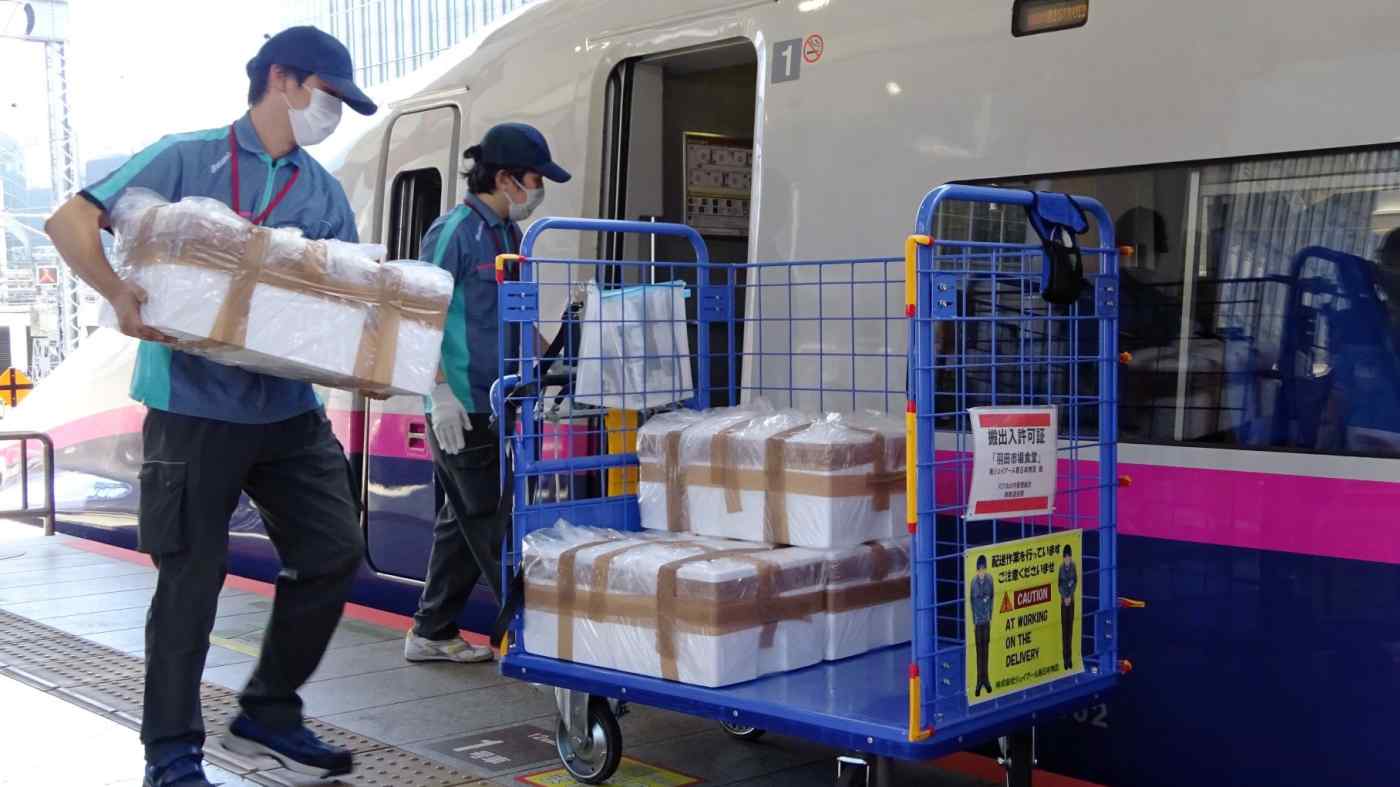 TOKYO -- East Japan Railway, which serves Tokyo and other parts of Japan, plans to use some of its shinkansen as high-speed freight trains as it looks for alternative revenue sources that, like its passengers, won't be scared off by the coronavirus crisis.

JR East, as the railway operator is known, recently announced that it will start transporting goods between outlying cities for the first time. It has been carrying food items from agricultural regions to Tokyo on a trial basis since 2017, catering to demand for swift deliveries of shrimp and other perishables.