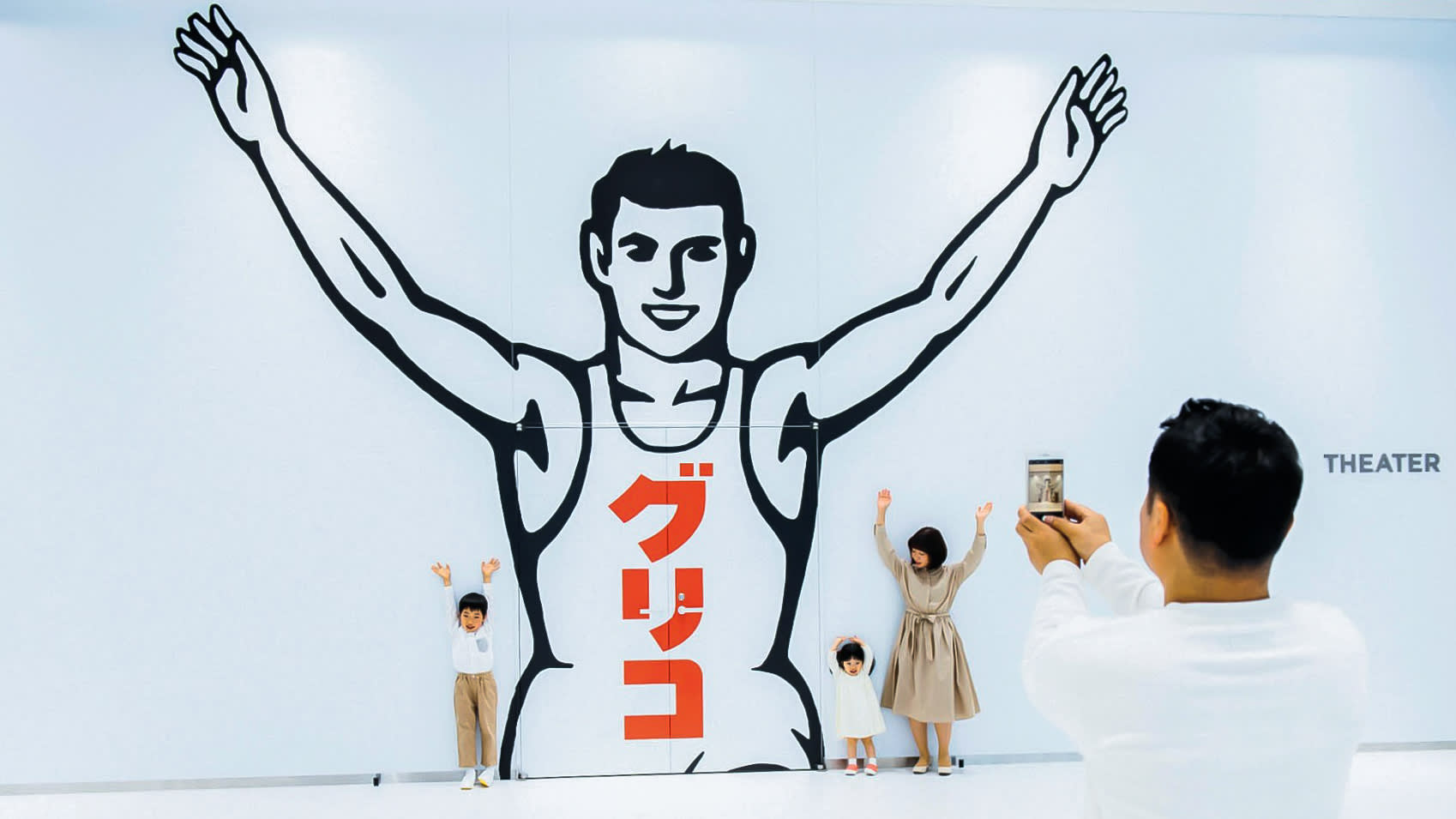 Visitors at Glicopia Chiba pose with the historic icon of ice cream and sweets maker Ezaki Glico. The facility attracted over 100,000 visitors since opening in 2017.

SAITAMA, Japan -- Factory tours have been around for ages, a staple of corporate public relations and community outreach. But food makers in the Tokyo area are putting a new spin on these typically ho-hum visits, riding the wave of "experience tourism" by setting up mini theme parks and museums to attract visitors.

Fueki Shoyu Brewery in Saitama Prefecture is one of them. As part of its 230th anniversary celebration, the soy sauce brewery opened its Kinbue Shoyu Park on Nov. 16.

The theme park shows visitors the process of fermenting wheat and soybeans to make the famous Japanese condiment. There is also a restaurant serving dishes cooked with the company's products, as well as a store.

One of the main attractions is a hands-on demonstration of traditional soy sauce making in wooden barrels -- a method used by only a small number of breweries today. Visitors take turns stirring the soy mash with a stick, then use a wooden machine to squeeze the mash through cloth to extract the soy sauce.

The park is family-friendly, with swings, hammocks and other playground attractions to keep kids occupied. There are also electric bikes that people can rent to visit nearby tourist spots.

These and other kinds of attractions deepen public awareness of food manufacturing processes, and also help revitalize local economies by promoting tourism. Admission is usually free or very low priced, but visitors usually buy some of the products before leaving. This is especially true of foreign tourists. According to Fueki Shoyu, foreigners often purchase more products than Japanese.

In addition to helping market the company, the stream of visitors provides opportunities to hear comments and suggestions, some of which can lead to product improvements. 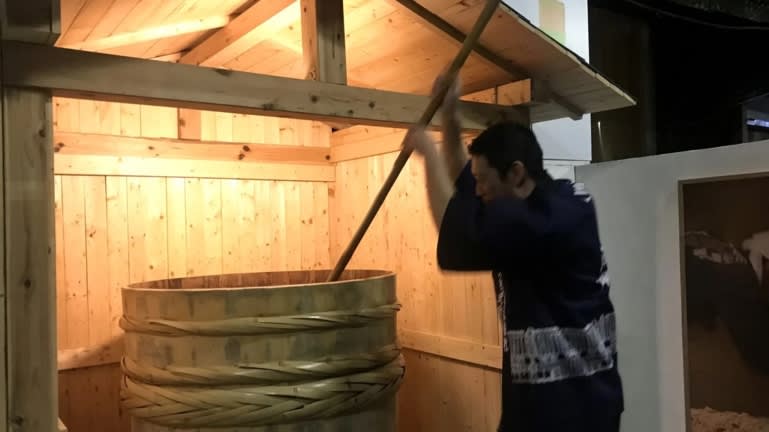 At the Fueki Shoyu Brewery, visitors can take part in a hands-on demonstration of traditional soy sauce making.

Another company actively seeking visitors to its facilities is Chinese steamed-bun maker Nakamuraya. It opened its Chukaman Museum earlier this year in Saitama Prefecture -- the first of its kind in Japan.

The museum features exhibits for children, including an area where they can learn about how steamed buns -- called chukaman -- are produced in a gamelike setting. Nakamuraya's strategy of luring families with children to develop future customers is paying off: Since opening in January the museum has been fully booked every day.

Competition to attract visitors is heating up, with some companies trying novel ways to give tourists a taste of actual production. At Glicopia Chiba, a facility operated by ice cream and sweets maker Ezaki Glico at its Chiba Prefecture plant just north of Tokyo, visitors not only see how ice cream is made but get to experience workers' routines. These include a walk through a clean room where a powerful air shower removes dust and other impurities from clothes, and a visit to a refrigerator that replicates the frigid conditions inside the plant.

In spring, Glicopia partnered with nearby plants operated by Kikkoman, Megmilk Snow Brand and cosmetics and supplement maker Fancl to hold a "stamp rally" to attract visitors to their facilities. The rallies are fun promotional tools employed by companies to advertise attractions through the use of booklets that are stamped to verify visits.

An official at the municipal government of Noda, near where the plants are located, welcomed the efforts of the companies, saying, "It has led to an increase in the number of visitors to the city and has also caused ripple effects."

Other companies chasing tourists are mayonnaise maker Kewpie, which opened a visitor center called Mayoterrace on the site of one of its demolished factories.

As experience tourism become more popular, Japan's food makers are expected to ramp up efforts to lure more people looking for inexpensive -- and interesting -- ways to kill an afternoon.