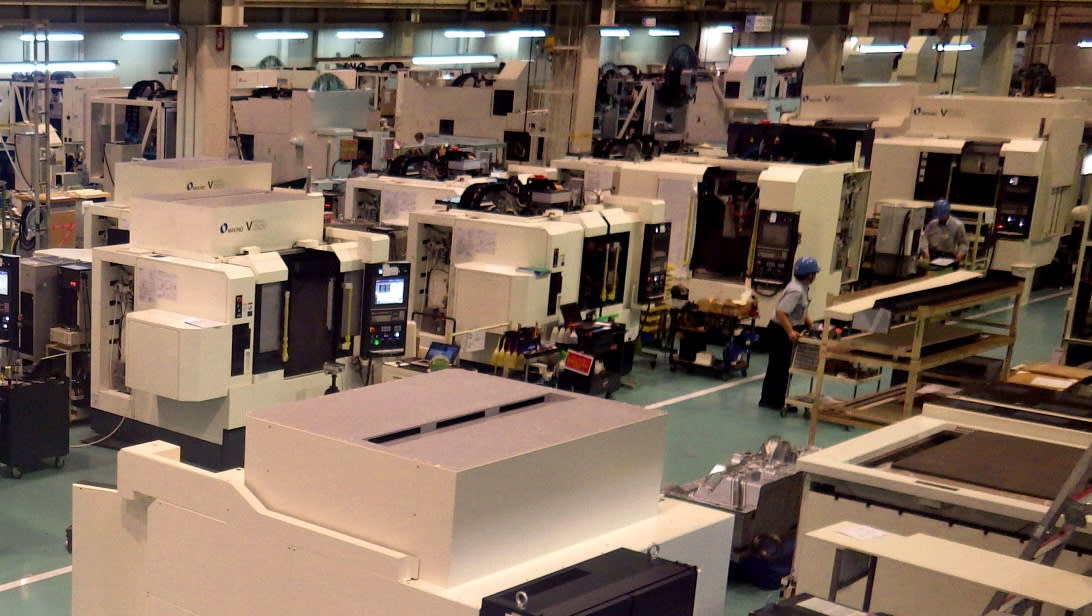 TOKYO -- Orders at Japan's machine tool makers maintained brisk year-on-year growth in January, though mounting parts shortages indicate the industry could be doing too well for its own good.

The total value of orders during the month grew 48.8% on the year to 154.39 billion yen ($1.44 billion), the Japan Machine Tool Builders' Association said Tuesday. Orders have topped their year-earlier levels for 14 months straight, and have exceeded the boom-or-bust mark of 100 billion yen for 15 months in a row.

Demand from overseas rose 49.7% to 98.78 billion yen. Orders from China rose 68.4% to 34.84 billion yen, increasing for the 13th month running, and appear set to keep growing. While orders from contract manufacturers of smartphones and other electronics in the country declined from December, rising demand from the automobile sector made up the difference. Demand from advanced nations was brisk as well, with European orders rising 48.6% to 21.57 billion yen and those from North America increasing 39.6% to 23.48 billion yen.

Japanese orders jumped 47.3% to 55.68 billion yen, led by the automotive and semiconductor industries.

Yet there is a downside to such brisk business: Certain key machine tool components now take as long as a year to stock due to severe industrywide shortages. Orders for linear guides, one scarce part, will "definitely top levels seen in October-December 2017 in the first quarter of 2018," said President Akihiro Teramachi of THK, a manufacturer of linear motion devices.

THK is expanding production capacity, but unfilled orders remain at high levels. Makers of other industrial equipment such as robots and semiconductor manufacturing tools also need these parts to fulfill their own crush of orders, meaning demand is unlikely to abate anytime soon.

If shortages persist and delays grow even longer, machine tool makers could run a greater risk of losing contracts. More buyers are ordering devices well before they need them to account for the delays, potentially "eating away at future demand," according to JMTBA Chairman Yukio Iimura.