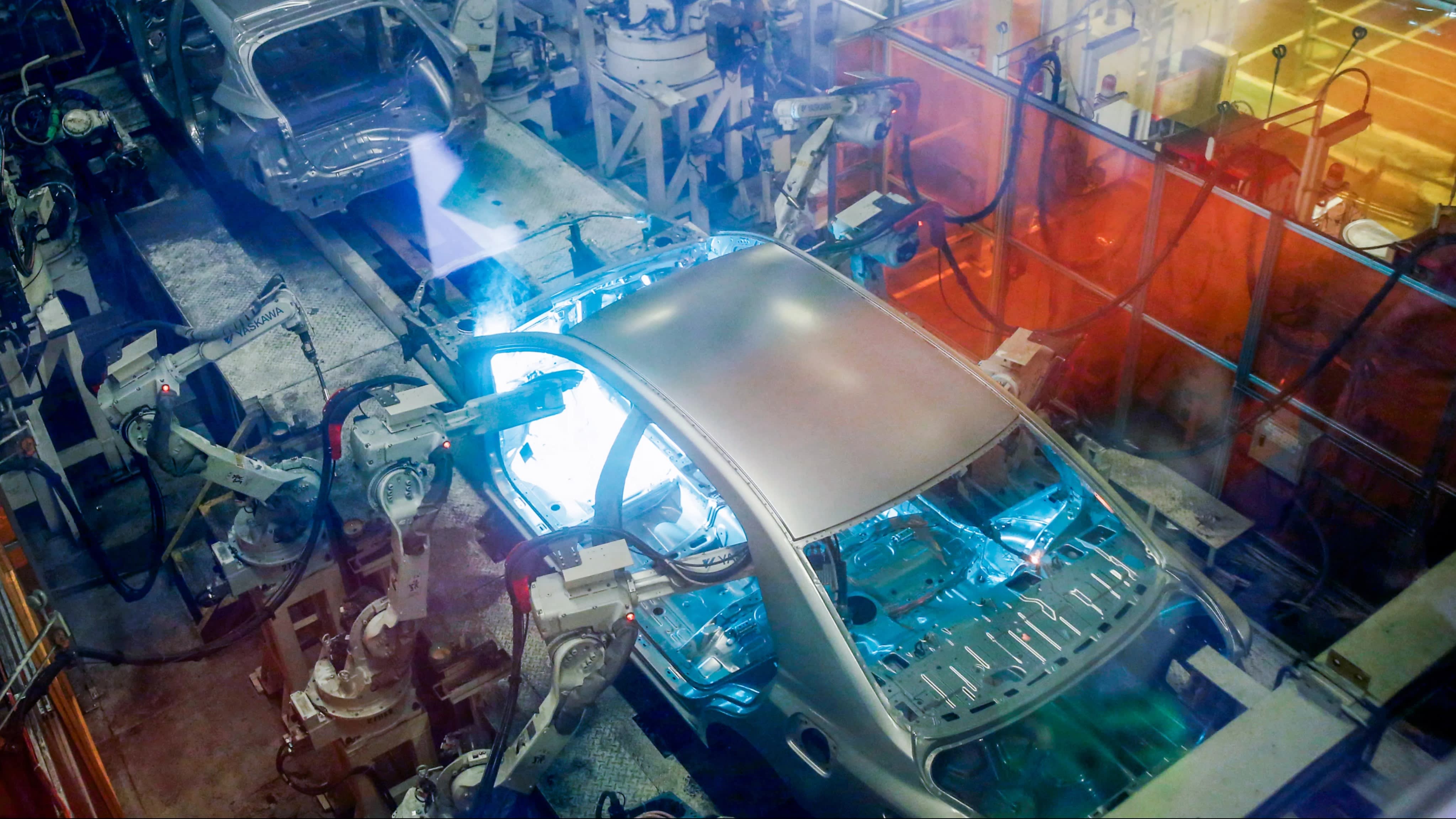 Robots assemble Prius hybrids at a Toyota Motor plant in Japan. The slowdown among manufacturers included some of Japan's automakers.   © Reuters

TOKYO -- More than two-thirds of listed Japanese manufacturers have reported declines in quarterly profits so far this earnings season, the broadest slump since the global financial crisis, as trade frictions and China's economic slowdown take their toll.

Because manufacturers account for about 60% of profits at Japanese listed companies, a prolonged earnings slump could weigh on the entire economy as it heads into an October consumption tax increase.

As of Monday, 53 companies in sectors including electronics, machinery and automobiles reported year-on-year decreases in group net profit for the April-June quarter.

This represents 68% of the total so far -- the biggest share since profit fell at 73% of manufacturers in April-June 2009.

"Because of the worsening frictions between the U.S. and China, [Chinese] clients increasingly took a wait-and-see approach," said Kenji Yamaguchi, Fanuc's president and CEO.

Komatsu's sales of construction machinery fell nearly 30% in China and by the same margin in the rest of Asia excluding China and Japan. The company's net profit slid by nearly one-quarter. Various elections in Asian markets put public works projects on hold.

Overall, April-June profits fell at 55% of the companies reporting as of Monday.

Nikkei compiled results from 151 major nonfinancial corporations that start their fiscal years in April. Results from big earners Toyota Motor on Friday and SoftBank Group on Aug. 7 could change the overall picture.

The business climate in the U.S. and Europe has deteriorated as well. The stimulus effect on the American economy from President Donald Trump's tax cuts is waning, while the uncertainty over the U.K.'s exit from the European Union has cast a pall over the continent's economy.

These exposures contributed to a profit slump of 94% at Nissan Motor and 67% for Mitsubishi Motors. Nissan's sales receded in the U.S., while Mitsubishi took a hit from the weakness of the euro.

Manufacturing executives are cautious about the prospects for the rest of the fiscal year. The outlook for China is "very opaque," said Mitsuaki Nishiyama, the chief financial officer at industrial group Hitachi.

Sixteen companies have downgraded their full-year profit forecasts, compared with four that issued upgrades. Among those downgrading were Fanuc and NOK, which makes parts for smartphones and automobiles.