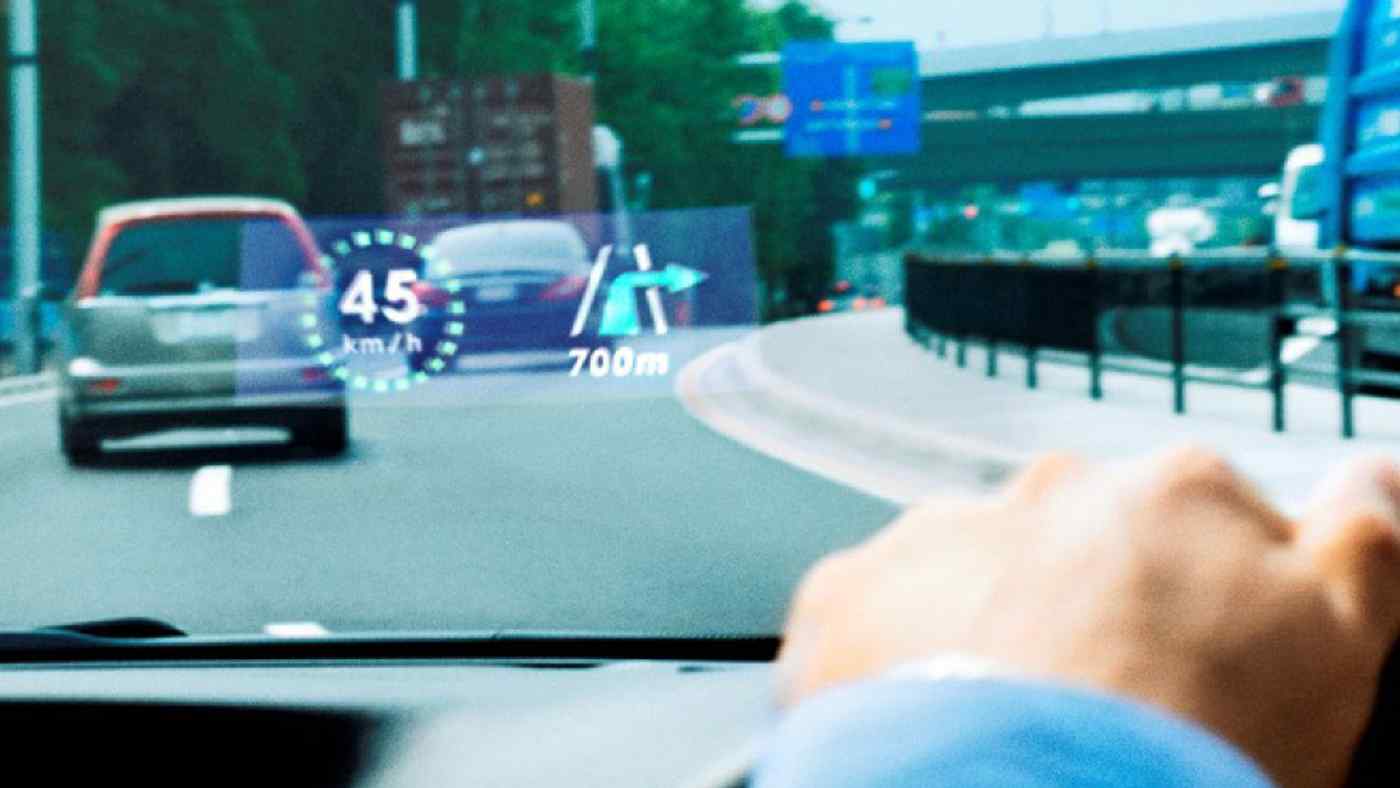 Sekisui Chemical will step up production of a material used in head-up-display systems, which show speed and other information on the front windshield.   © Courtesy of Sekisui Chemical
December 19, 2017 06:36 JST | Japan
CopyCopied

TOKYO -- Japanese chemicals and materials companies are rushing to take the pole position in the race to cultivate new markets expected to emerge as the auto industry barrels toward the era of fully self-driving electrified vehicles.

Often referred to by the acronym CASE -- connected, autonomous, shared and electrified -- these next-generation vehicles will require new materials to deliver on their promises. Japanese producers of materials and chemicals are getting a head start to ensure that they will be ready when the time comes.

Sekisui Chemical will spend 20 billion yen ($177 million) at a plant in the Netherlands to increase output of wedge-shaped interlayer film used in head-up displays on certain areas of front windshields. Demand for HUD systems is expected to grow, since they enable drivers to check speed and other information without taking their eyes off the road.

The Dutch plant in Sittard-Geleen will get new facilities to produce advanced resin and film. The company has not disclosed planned capacity there post-expansion.

Sekisui Chemical is the global leader in automotive interlayer film, with a worldwide market share of about 30%. Thanks to its expertise in advanced-resin development and film processing, its interlayer film has been used by major automakers around the world. The company set up in June industry-academia research facilities specializing in the material near the Dutch plant.

The market for autos with HUD systems amounts to nearly 5 million units a year, with a majority of the systems used in luxury vehicles. The figure is expected to double to around 10 million by around 2020.

Companies including Sekisui Chemical are developing luminous interlayer film, capable of turning an entire windshield into a HUD unit. The company plans to sell the film first for use in buildings in fiscal 2018 and then expand the market to the auto industry down the road. This technology has many potential applications, such as video viewing and other entertainment in self-driving automobiles.

Facing such competitors as U.S. company Eastman Chemical in interlayer film, Sekisui Chemical aims to expand market share by taking a lead in the development of such film for use in next-generation autos.

Mitsubishi Chemical and Toray Industries are getting into sound-absorbing materials made of ultrafine fibers, which would help passengers enjoy music and movies in self-driving cars by creating quiet interiors. Toray and the Mitsubishi Chemical Holdings unit have separately begun marketing the materials to automakers.

A unit of Asahi Kasei has begun mass-producing chips for millimeter-wave radar systems, whose applications include obstacle detection in vehicles. A fully autonomous vehicle is expected to require eight times as many chips as semi-autonomous vehicles on the market today.

Sumitomo Chemical and Sumitomo Metal Mining will increase production of materials used in lithium-ion batteries to capture the anticipated demand growth from the coming electrified-vehicle boom.

With electronics modules associated with latest technologies making vehicles heavier, expectations are heightening for advanced synthetic rubber to make tires stronger. Companies including JSR are gearing up to roll out next-generation rubber materials that will not only bolster strength, but also lower rolling resistance and increase drivability.