Mitsui Engineering and others ramp up construction with eye on Chinese, Korean rivals 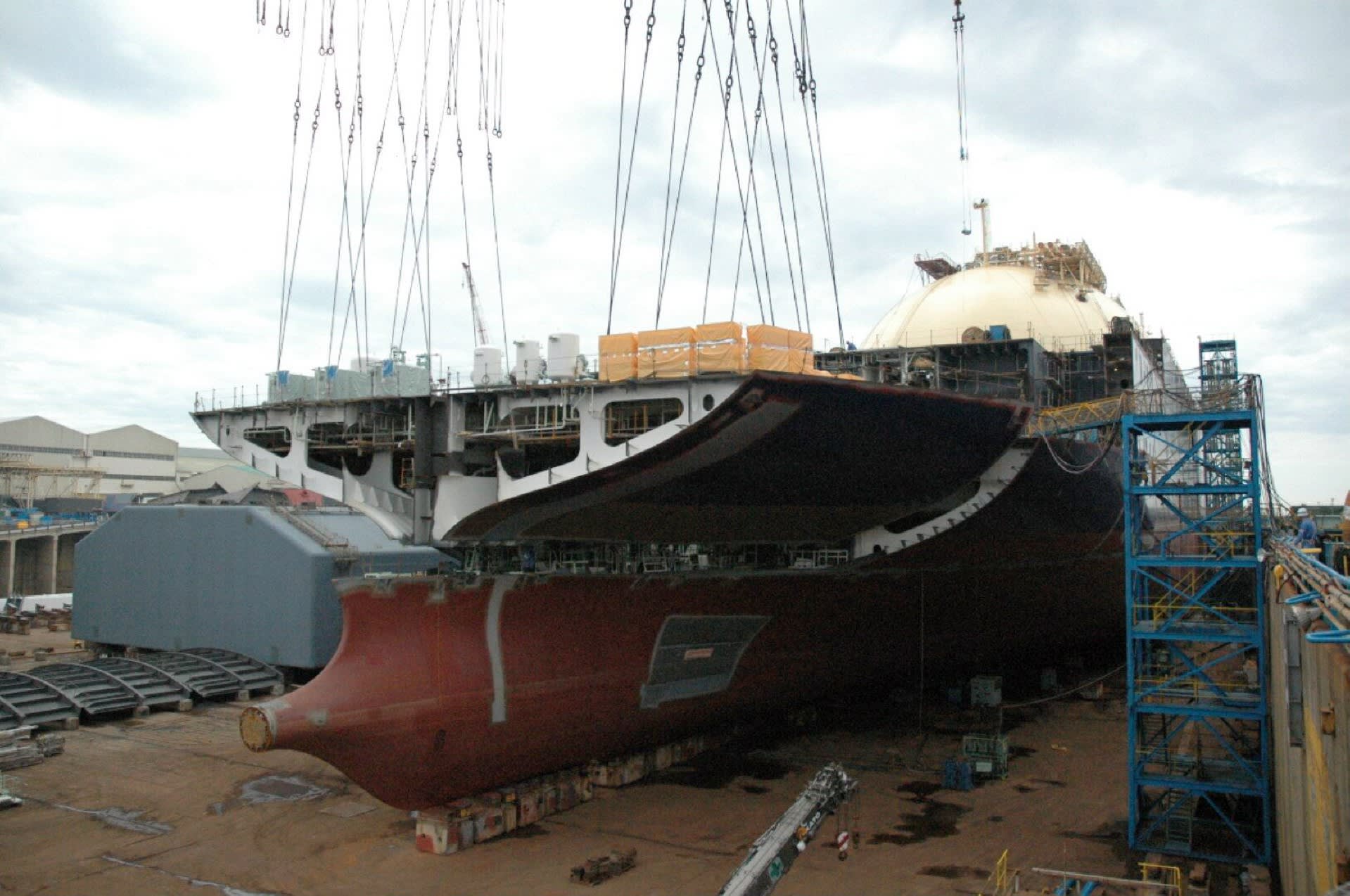 Major Japanese shipbuilders swung back into action after historically low orders in 2016.

TOKYO -- Buoyancy appears to be returning to Japan's shipbuilders as order volumes for mainstay merchant vessels rose 150% in 2017, according to data released Wednesday.

With bulk freighters on a recovery trend, and fresh demand for environmentally friendly ships seen ahead, players such as Mitsui Engineering & Shipbuilding and Mitsubishi Heavy Industries are beefing up their construction frameworks, preparing to take on Chinese and South Korean rivals.

Out of the rut

Orders in 2017 came to 195 vessels totaling 9.45 million gross tons of capacity, according to statistics from the Japan Ship Exporters' Association. That is less than the annual output capacity of 12 million GT to 13 million GT across Japan's mainstay shipyards, but still more than double 2016's historic low of 3.71 million GT.

Bulk carriers comprised 156 of those vessels, or about 80%. A glut of shipyards in China has created excess shipping capacity, dragging down tonnage values. But progress has been made in trimming that fat.

"Tonnage values for bulk carriers bottomed out in the second half of 2017, and are returning to profit-generating levels," said the head of a specialist in the field.

Mitsui Engineering's ship orders for the six months through September plunged 35% on the year to 19.9 billion yen ($179 million). But "deals to build new ships are increasing at present," says executive officer Toshiro Miyake. Order values for the year through March are seen growing 50% year-on-year to 100 billion yen.

A key Mitsui Engineering shipyard in Japan's southern prefecture of Okayama is operating under capacity. But with orders to build at least 15 bulk freighters by 2019, the company aims to respond by lifting operating ratios at its plants.

In containerships, by contrast, Japan took orders for just 12 vessels in 2017. Major shipbuilders in China and South Korea took bargain prices in many cases for large ships bearing 10,000 to 20,000 container units, seeking to lock in work.

That led to a reversal of expectations wherein "larger vessels went for lower prices," said Yukito Higaki, president of Imabari Shipbuilding. As Japan missed out on major deals, it bled global share to China and South Korea on an order-volume basis.

But Japanese shipbuilders are strong in environmentally friendly technology, and are expected to be the focus of orders for ships that comply with worldwide maritime regulations on sulfur oxide emissions, set to take effect in 2020. Those orders "will start to arrive during fiscal 2018," says Yasuhiko Katoh, chairman of the Shipbuilders' Association of Japan.

Anticipating that demand, Mitsubishi Heavy spun off shipbuilding operations on Jan. 1 into a separate company, Mitsubishi Shipbuilding, which will focus on planning and developing environmentally compliant vessels. It will partner with other companies in the sector including Imabari and Oshima Shipbuilding on those efforts.

How well builders will be able to reflect the additional regulation-related costs in tonnage values is unclear, however. To shake free of the down market, shipbuilders will need to keep an eye on profitability as well as take on more orders.