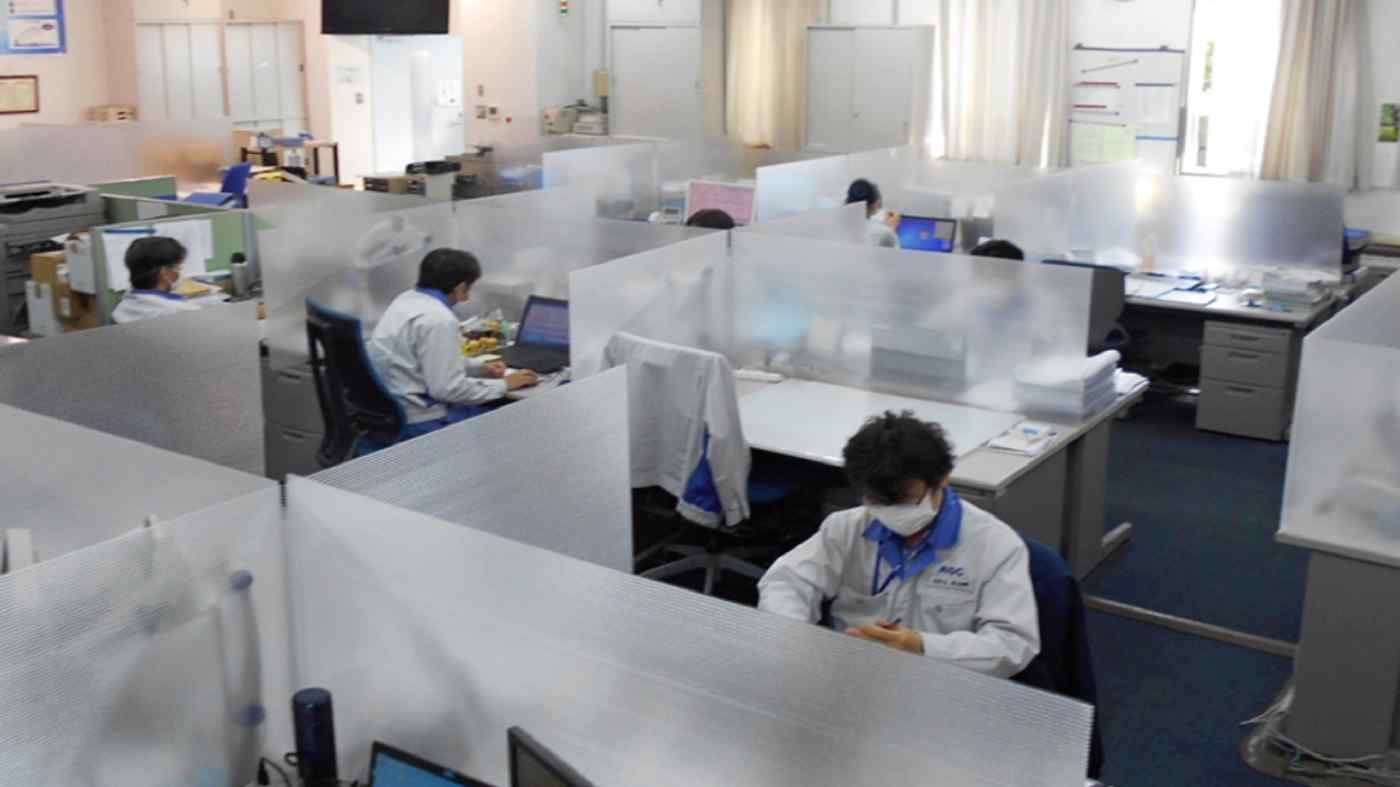 TOKYO -- Japanese materials manufacturers have capitalized on demand for physical barriers to the new coronavirus, such as sneeze guards.

Retailers, banks and local governments, deemed essential operations, have been scrambling to secure plastic separators for client counters and cash registers. This spells good news for makers of acrylic and vinyl chloride, which have lost sales as orders from the construction industry slump.

Thanks to a wealth of production equipment, "we can provide sufficient supplies of [sneeze guard] materials," said a source at a chemical producer, voicing a widespread view.

Convenience store operator FamilyMart has ordered 30,000 vinyl sheets for locations around the country. The barriers are used in offices as well, turning rows of desks into partitioned space with more protection.

Mitsubishi Chemical Holdings' recent orders for acrylic, used in plastic separators, jumped 30% from a year earlier. Production facilities in the central Japanese city of Toyama are rushing to ramp up output. 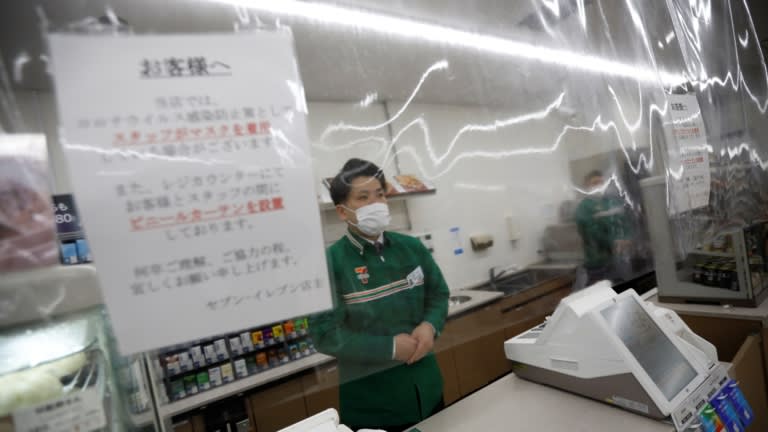 Convenience stores in Japan are using plastic curtains at checkout counters to prevent infections between customers and the store employees.    © Reuters

AGC, formerly Asahi Glass, recently began selling polycarbonate sheets for use as sneeze guards. Robust demand has pushed it to extend hours at a plant in central Japan's Aichi Prefecture, boosting output by roughly 50%. The lightweight sheets can be installed between work desks.

Achilles, a maker of vinyl sheets, has cashed in on COVID-19 as well.

"Since around April 10, demand for sheets for preventing droplet infections has jumped, and we sold approximately a month's worth of volume in the following week," a manager at the company said.

Achilles has added personnel and increased equipment utilization at a plant in central Japan's Tochigi Prefecture. But the personnel shortage may result in fulfilling orders late, it warns. The company had not made vinyl sheets for sneeze guards before and did not fully anticipate demand.

"Some purchasers may have to wait one month for supplies," an Achilles representative said.