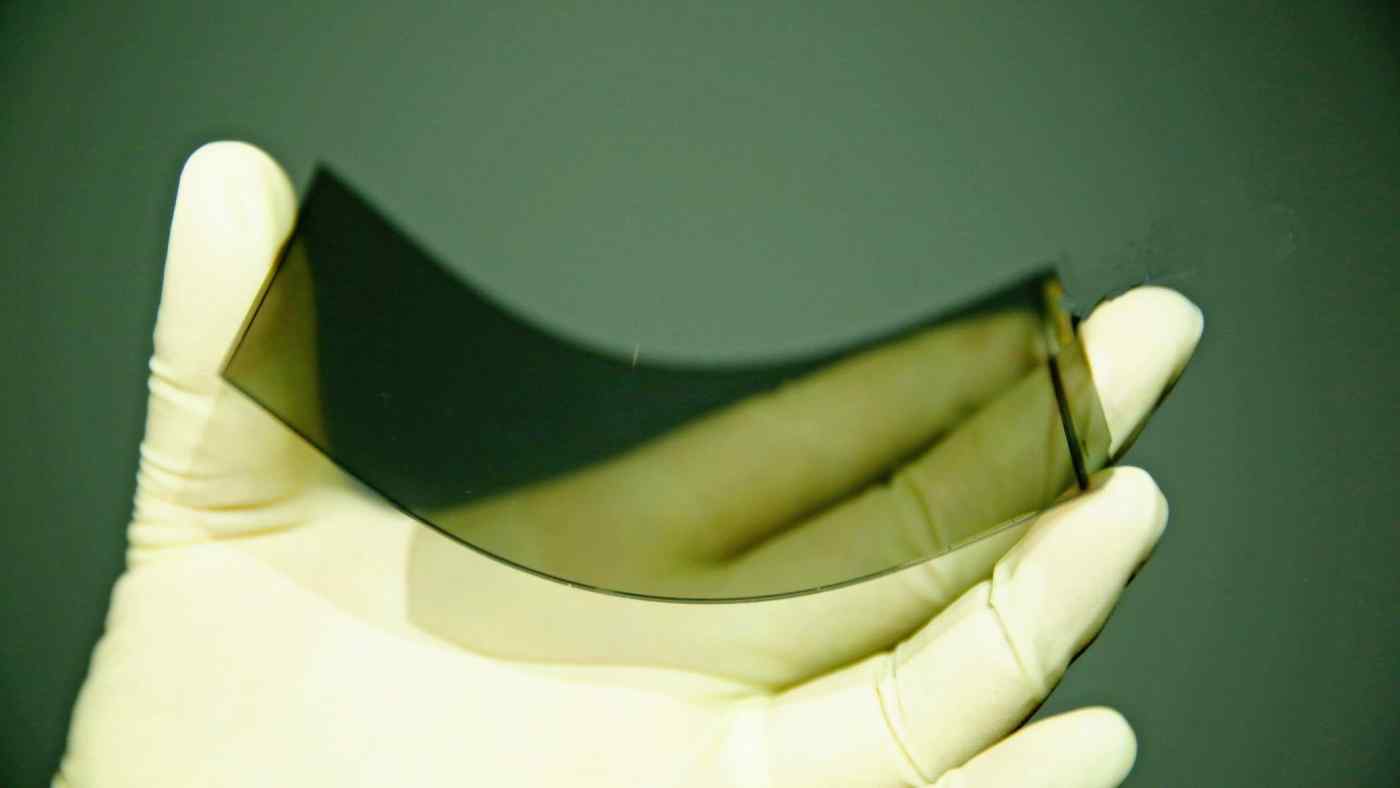 TOKYO -- Japan's materials makers are tapping their technological prowess to develop components for bendable OLED panels, as they get serious about securing their role in the production of foldable smartphones.

Samsung Electronics of South Korea and Chinese manufacturers are working to develop foldable smartphones, which could hit the shelves as soon as this year. These devices will let users watch videos and surf the web on a much bigger screen than with existing smartphones, and could become key drivers in a market where customers are holding on to products for longer.

Foldable phones require a special kind of organic light-emitting diode panel that is made from bendable resin and other materials instead of glass and can withstand being folded more than 200,000 times. Japanese manufacturers are using their know-how to position themselves as key suppliers for the next-generation panels, which Samsung and other makers are developing.

Sumitomo Chemical has developed a transparent, scratch-resistant film that can be used to cover the OLEDs instead of glass. The Tokyo-based company is aiming for orders from Samsung, which it already has business ties to, as well as other companies. Fujifilm is also making its own version of the film.

Showa Denko is focusing on touch sensor films. Conventional touchscreens usually use a layer of indium tin oxide, a metallic substance that does not handle bending very well. The company is instead printing circuits onto the film with silver ink. Rival Nissha is also developing a similar touch sensor film in hopes of expanding its share in the Chinese and South Korean markets.

Ube Industries and Kaneka are making a major inroad into film substrates that can replace the bottom glass layer of a panel. They are already supplying test products made from processed polyimide to South Korean and Chinese panel makers. Ube already partners with Samsung, but is aiming to bolster its shipments to the South Korean giant.

With every new generation of technology from liquid crystal displays to lithium-ion batteries, Japanese manufacturers have carved out a niche in the market and promoted innovation. But they have allowed Chinese and South Korean rivals to catch up in certain areas, which eats into their earnings. For example, Japanese companies face Chinese competition in four components of lithium-ion batteries, despite dominating the market initially.

Japanese players are expected to maintain their lead on components for bendable OLEDs for the time being. Annual shipments of small and midsize OLEDs will double between 2017 to 2022 to over 921 million units, according to IHS Markit. Bendable products are expected to make up the majority amid demand not only for smartphones and wearable devices, but possibly in the automotive sector as well.