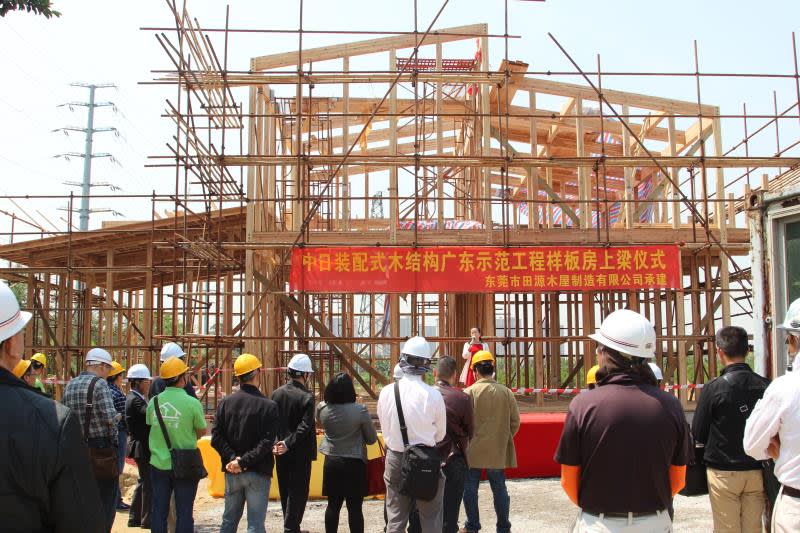 TOKYO -- Japan's wood exports have been booming on the back of robust demand from Asian countries such as China, the Philippines and South Korea. In 2017 exports reached 32.6 billion yen ($293 million), up 37% from the previous year and the highest in 40 years.

"The Chinese market needs high quality wood to accompany its economic growth. Japanese wood has advantages over that of competitors in North America, Europe and Oceania, both in terms of geographic proximity and quality," said Jiang Jian, director of a wood trading company in China's Jiangsu Province.

On July 5, Jiang outlined Chinese wood needs to the Japanese forestry industry at a seminar in Kagoshima City, with around 60 people paying close attention. Such events to match buyers from markets such as South Korea, Taiwan and Vietnam are regularly held by the Japan Wood Products Export Association, an industry group.

In 2017, Japanese wood exports totaled 32.6 billion yen, the second highest figure after 36.6 billion yen in 1977. Last year's figure was buoyed by Chinese demand, with exports to the country reaching 14.5 billion yen, 61% above the previous year. The figure has risen seven-fold in five years.

China uses Japanese wood for building and packing materials. Some wood is reexported to the U.S. after it has been fashioned into fencing for private homes. Four decades ago, Japan nearly ran out of wood because of heavy demand both at home and abroad. In the past 10 years, however, forest resources have recovered. Japan has set a goal to export an annual total of 1 trillion yen of food, agricultural, forestry and fishery products.

Government and private-sector efforts to promote wood products are gaining recognition for the advantages of Japanese wood. Japanese cedar is resistant to rot, for instance, while Japanese cypress has an attractive aroma -- characteristics with appeal in foreign markets.

The market should get another tailwind on Aug. 1 when China introduces new building laws, accepting Japanese timber framing methods and allowing the use of Japanese trees such as cedar and cypress.

"Japanese wood exports to China account for only 1% of China's wood imports, so there is a lot more room," said Koji Fukushima, a Forestry Agency official.

Naoto Ando, president of the export association, said that to expand wood exports, "we have to watch demand in export destinations." He added that certain types of timber have been depleted in Southeast Asia, creating possible business opportunities for Japanese companies.

He notes that the Indonesian government is preparing 800,000 wooden houses a year for low-income people, creating huge demand for wood.

"We also should promote academic exchanges, as making people understand how to use Japanese wood is very important -- something we could not achieve in short time," Ando added.

Yasushi Kubota in Kagoshima contributed to this story.