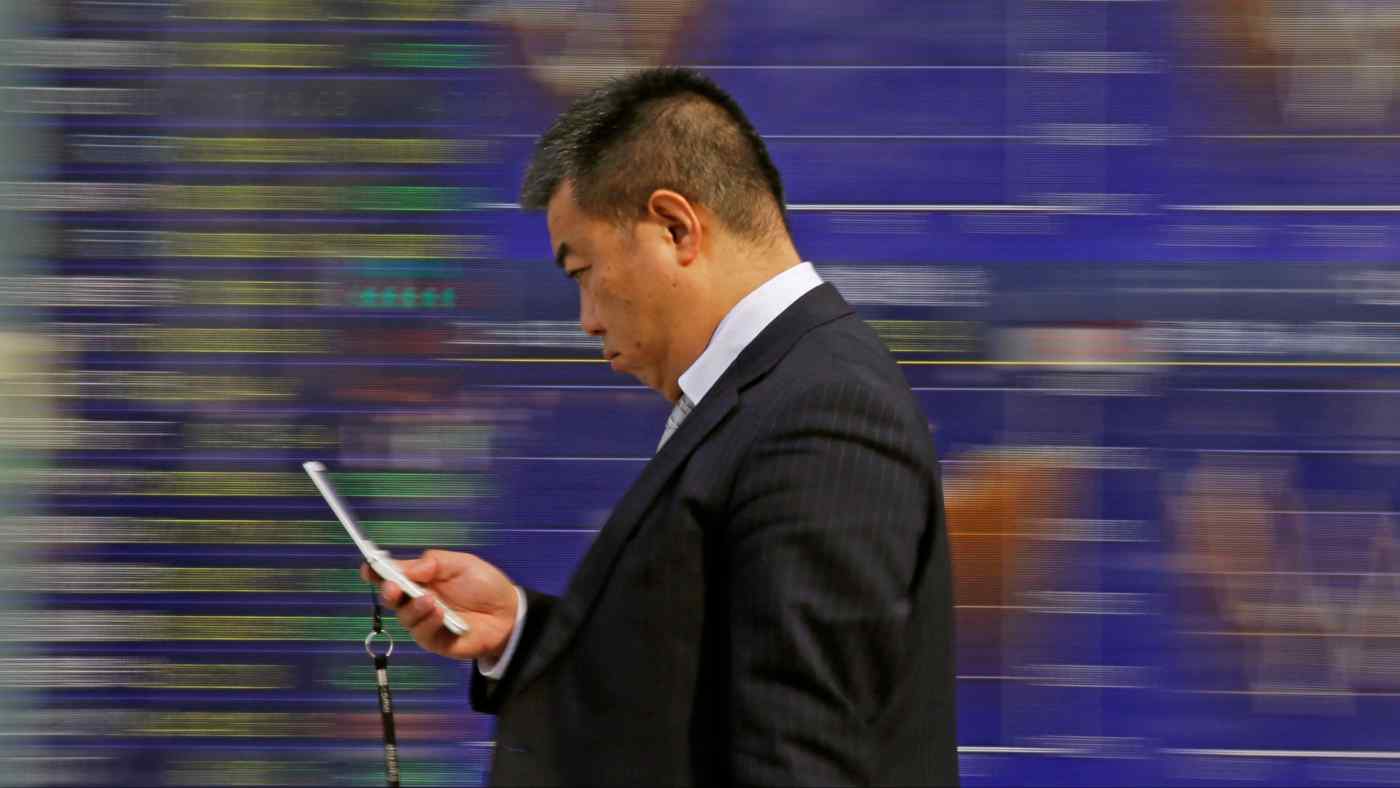 TOKYO -- Listed Japanese companies will nearly double the value of shares bought back from investors this fiscal year, as more corporations opt to use their cash holdings to bolster the performance of their equity.

According to releases issued between April 1 and Tuesday, publicly traded corporations are on track to repurchase about 3.41 trillion yen ($30.9 billion) worth of shares during fiscal 2019, up 93% from the previous year. The roster includes companies repurchasing shares for the first time, like developer Mitsubishi Estate, and others trying to counteract shrinking annual profit, like robot maker Fanuc.

Thanks in large part to Japan's ultraloose monetary policy, listed companies are swimming in cash on hand. But these businesses are reluctant to make large capital expenditures.

As corporate governance reforms advance, "the scrutiny from investors concerning use of funds is becoming stricter than before," said Hiroyuki Ueno at Sumitomo Mitsui Trust Asset Management. Consequently, more companies are spending funds on buybacks.

Stock repurchases boost the stock price by reducing the supply of shares. It also raises profits per share, giving a boost to return on equity.

Mitsubishi Estate, which recently announced a 100 billion yen repurchase, seeks to control the balance between debt and capital in accordance with the real estate market. When property prices are high, as they are currently, the company will sell assets and increase rewards to investors.

Electronics manufacturer Kyocera has set a ROE target for the first time, and added share repurchases to the ways it reward investors. Kyocera has not disclosed details of the buyback, but it will make sure it does so in a way that does not decrease ROE by expanding its equity base.

Maxell Holdings aims to improve its ROE by lowering its equity ratio to around 50% by fiscal 2020, down from 62% in fiscal 2018. To achieve this, the electronics group will pay out dividends that exceed its profits and also buy back its own shares.

The size of corporate stock repurchases is also growing. Sony announced a 100 billion yen buyback in February, only to follow up with an additional 200 billion yen repurchase authorization this month. Wireless carrier KDDI said this month it will purchase up to 150 billion yen worth of its own equity, with the goal of lifting per-share earnings by 50%.

Even companies whose profits have gone south are buying back shares to reward investors to compensate for the lack of earnings growth. Fanuc issued a warning that net profit will fall by 60% and also disclosed its first stock buyback in three years.

Chemical company Asahi Kasei, which saw its profit sink 13% last fiscal year, will embark on its first repurchase in 17 years. Canon's net profit is expected to drop 20% in the year ending December, yet it is launching a 50 billion yen buyback. The shares will be held as to treasury stock and used to pay for acquisitions.

In fiscal 2018, Japanese companies bought back 6.07 trillion yen worth of shares, topping the roughly 5.65 trillion yen in exchange-traded funds purchased by the central bank. But the top 500 U.S. companies repurchase $800 billion, or 88 trillion yen, of stock a year, data from Goldman Sachs shows. Many market observers believe corporate Japan has plenty of room to expand buybacks.