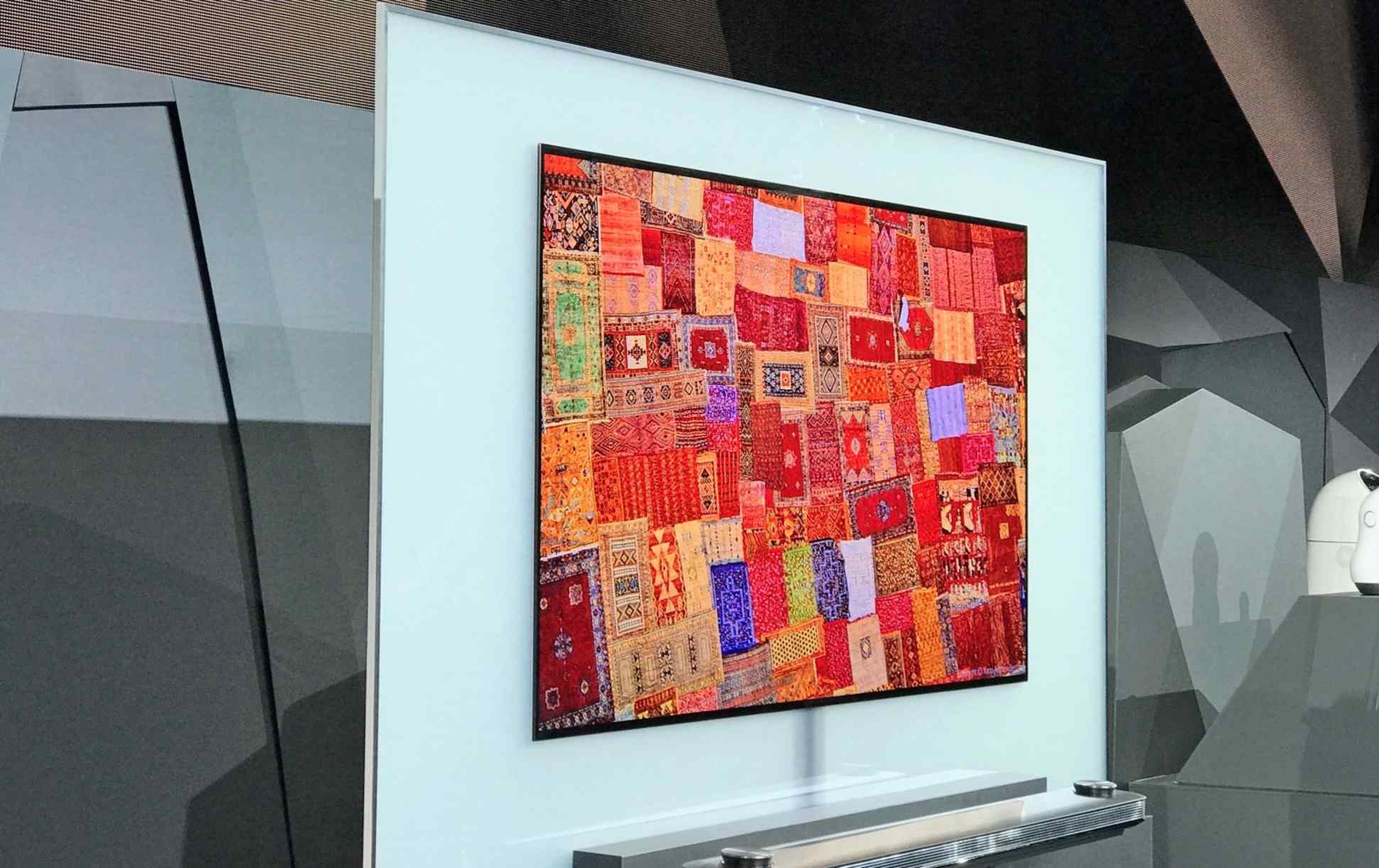 At CES, South Korea's LG Electronics touted an OLED TV so slim and light it can stick to a wall with magnets.
Business trends

Sony CEO Kazuo Hirai described the new "Acoustic Surface" TV sound system as one "only Sony can really bring to life," playing to the company's expertise in audio technology. Technical details have not yet been released, but according to Sony, actuators on the back of the OLED panel cause the display to vibrate and emit sound. The company drew on its long-standing audio knowledge to balance the sound and make it realistic, it says.

Sony claims that producing the sound from the display will create a unity of sound and picture, as if the voice of a person portrayed in a shot were actually coming from their mouth. Without speakers, Sony was also able to slim down the TV's form factor. Unlike typical LCD panels, OLED displays emit light on their own, eliminating the need for a backlight unit. This makes the panel thinner and easier to vibrate. The sound-emitting panel is "made possible by OLED," said a representative.

The Japanese electronics maker has not commercially produced OLED TVs since its debut in the field in 2007. The new model, called the XBR-A1E Bravia series, may launch as early as this year in the European and American markets. The company displayed 65- and 77-inch models at CES. Prices have not yet been announced.

OLED TVs currently make up only around 1% of the market by value, but are expected to expand. LG Electronics holds the majority of the market, but Panasonic began selling sets with OLED displays in Europe in 2015, and may release them in Japan as early as April. The Japanese company also displayed at CES this year a 4K OLED TV line that it will start selling in Europe this June. The sets can achieve roughly twice the luminosityu of the company's previous efforts.

LG also unveiled its new W7 OLED line, which embraces the display technology's thin form factor. By relegating the sound system to a separate unit that rests underneath the screen, the Seoul-based company made the TV itself as slim and light as possible. The 65-inch model weighs roughly 8kg, lighter than an average liquid crystal TV half its size, allowing it to stick to walls with magnets. Press at the event cheered how the TV seemed to become a natural part of the wall it was mounted on.

Samsung Electronics will in February start selling its new "QLED" sets, as the company calls LED displays with its Quantum Dot system, in North America and elsewhere. Quantum Dot involves passing light through semiconductor nano-crystals to adjust light wavelengths as efficiently as possible. It is said to bring more vibrant colors than the traditional method of coupling LED displays with light-emitting bodies.

The South Korean company has not announced a price for its new sets, but intends to promote its Quantum Dot technology as a selling point for high-luminosity premium TVs.