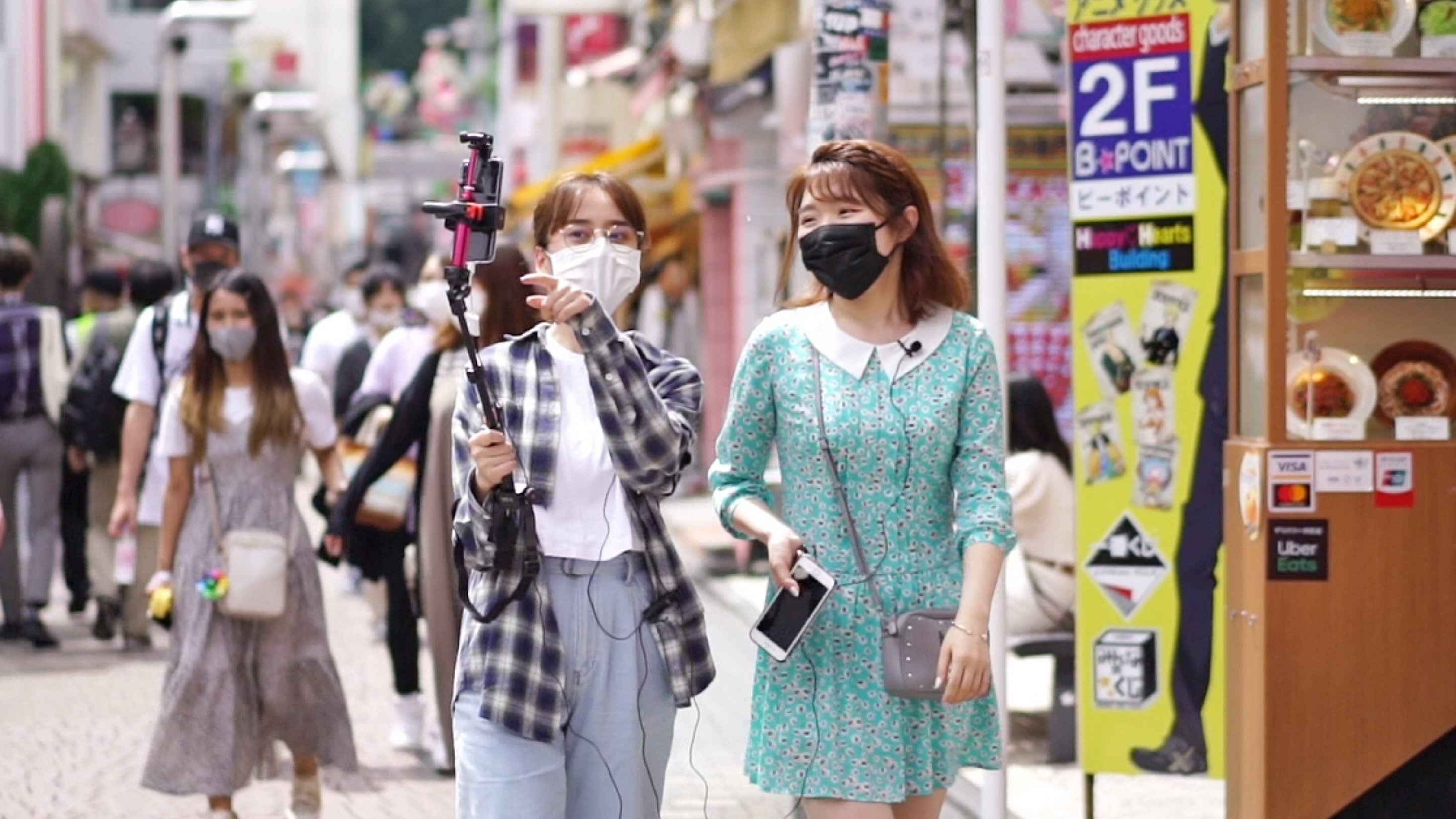 TOKYO -- In this age of social distancing and travel lockdowns, Japanese companies are using live streams to sell products to Chinese consumers who have become increasingly used to this new shopping experience.

An idea originating from China, "live commerce," is a way that Chinese consumers are getting introduced to Japanese cosmetics and household goods. With travel bans still in place in many parts of the world because of the coronavirus pandemic, companies are trying to reach big-spending Chinese consumers via new routes.

"Everyone, let's go," said a Chinese woman enthusiastically, as she set off with another from a condominium in Tokyo's Shibuya district one afternoon in June, armed with a smartphone attached to a selfie stick.

They strolled through trendy Omotesando and Takeshita Street for about an hour, live-streaming from cafes and shops on Chinese app Kuaishou.

Later, back in a makeshift studio in the condo, they showed off some products, including insect repellent and moisturizer, during their broadcast.

Viewers in China can buy those items by clicking the cart icon in the app, which will direct them to the websites of the companies selling those products.

This is a pilot project launched in May by Shanghai Subaojiang Network Technology, a Shanghai-based company that used to market Japanese products and services to Chinese tourists. It has now adapted its business to the pandemic-hit world. Shanghai Subaojiang CEO He Ci came up with the idea and recruited seven Chinese women living in Japan as sales agents. His company offers a live stream almost every day, and has started building a cross-border e-commerce framework with Tokyo-based partner Cross C.

Travel restrictions imposed to curb the spread of coronavirus have caused the number of Chinese visitors to nosedive to just 30 in May, according to the Japan National Tourism Organization. Japan is a popular destination for Chinese tourists who typically view Japanese products as being superior in quality.

According to an estimate by the Japanese Ministry of Economy, Trade and Industry last year, Japanese companies can expect to sell 2 trillion yen ($18.6 billion) worth of goods to China in 2020 through cross-border e-commerce.

Live commerce was already becoming popular in China about two years ago and has now taken root because of the pandemic.

"Summer has come! We are going to show you items that will help you beat the hot weather," Shigetoshi Tsuda greeted viewers in a recent live broadcast. The vice president of e-commerce operator Inagora presents a show every Friday evening from the company's head office in Tokyo. Using the video function of Chinese messaging app WeChat, Tsuda and a Chinese interpreter engage in friendly banter as they show off merchandize and encourage viewers to visit the company's website, Wandou Gongzhu. Among the top sellers during the June 26 broadcast was a diet food.

Tsuda said that his presence in these broadcast lend the products authenticity. For Japanese retailers that depend heavily on tourist spending, live commerce may indeed be the way forward.