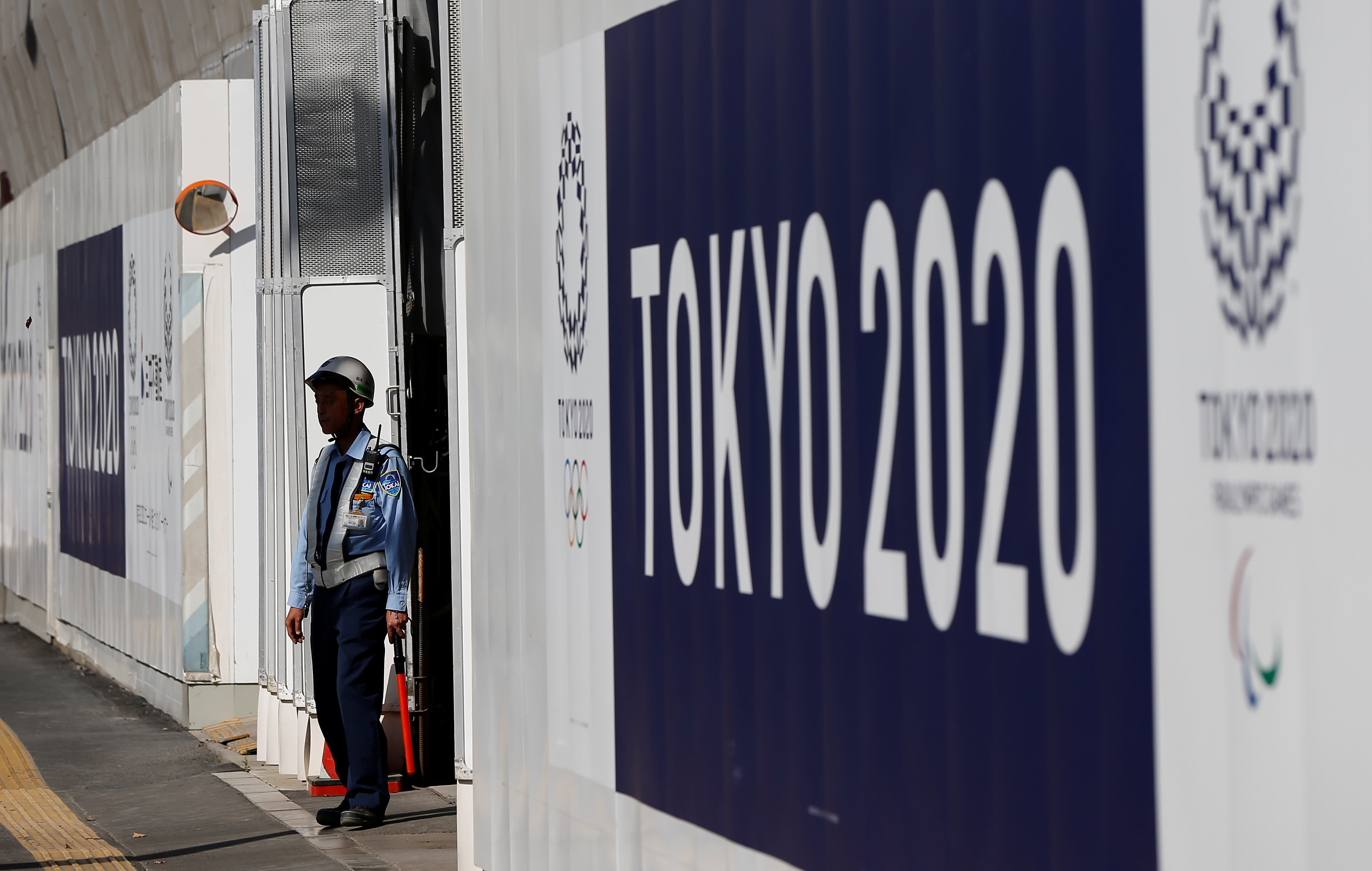 TOKYO -- Japan's two biggest security service providers have agreed to suspend their rivalry and work together to deploy an "unprecedented" number of security personnel for the 2020 Tokyo Olympics and Paralympics.

Secom and Sohgo Security Services, known as Alsok, announced on Tuesday that they will establish a joint venture ahead of the 2020 Games. The companies have confirmed with the Japan Fair Trade Commission that such a move would not violate the antitrust law.

"I want to widen the circle of security with the two companies as one," said Alsok President Yukiyasu Aoyama.

For the Tokyo Games, the organizing committee will commission private-sector companies to provide security around venues and the athletes' village.

An estimated 14,000 security guards will be needed, a number that Secom President Yasuo Nakayama called "unprecedented" for an event held in Japan.

As things stand, a personnel shortage is looming, so the joint venture will call on more than 100 companies across Japan to participate.

Nakayama and Aoyama will be co-leaders of the venture. Both companies are also official partners of the Tokyo Olympics.

The initiative will first comprise 14 major companies from the security industry, with more than 100 smaller Japanese groups then being encouraged to take part. With severe heat expected, security guards will be deployed on a rotating schedule for the duration of the Olympics. During the games, events will take place at various venues across Japan, including one in northeastern Miyagi Prefecture. The number of road races, where fences cannot be erected along the whole route, will increase.

The aim of the joint venture is to increase the efficiency of providing security at venues through integrated management of personnel amassed from around Japan.

However, recruitment is likely to be a challenge. Japan's active openings-to-applicants ratio for all job categories remained high in February, at an average of 1.51. Among these, the ratio for the security sector, including security guards, was the biggest, at around 8.0.

According to an official of an employment agency, security is "one of the most unpopular occupations alongside those in the nursing care and restaurant industries, due to its reputation for low pay and limited opportunities for career advancement."

The work often entails night shifts, and life-threatening situations can emerge while on duty.

Meanwhile, demand for security is rising. Private-sector companies are increasingly called upon to guard against possible terror attacks at events. This is spurring the security industry to innovate and use technologies that can help save manpower.

Secom is developing a security system using artificial intelligence and drones. The system could be introduced at the Tokyo Olympics.

But the application of information technology alone is not sufficient, given the scale of the event.

The 2012 London Olympics saw a shortage of several thousand private security guards, prompting the deployment of military personnel to cover the shortfall.