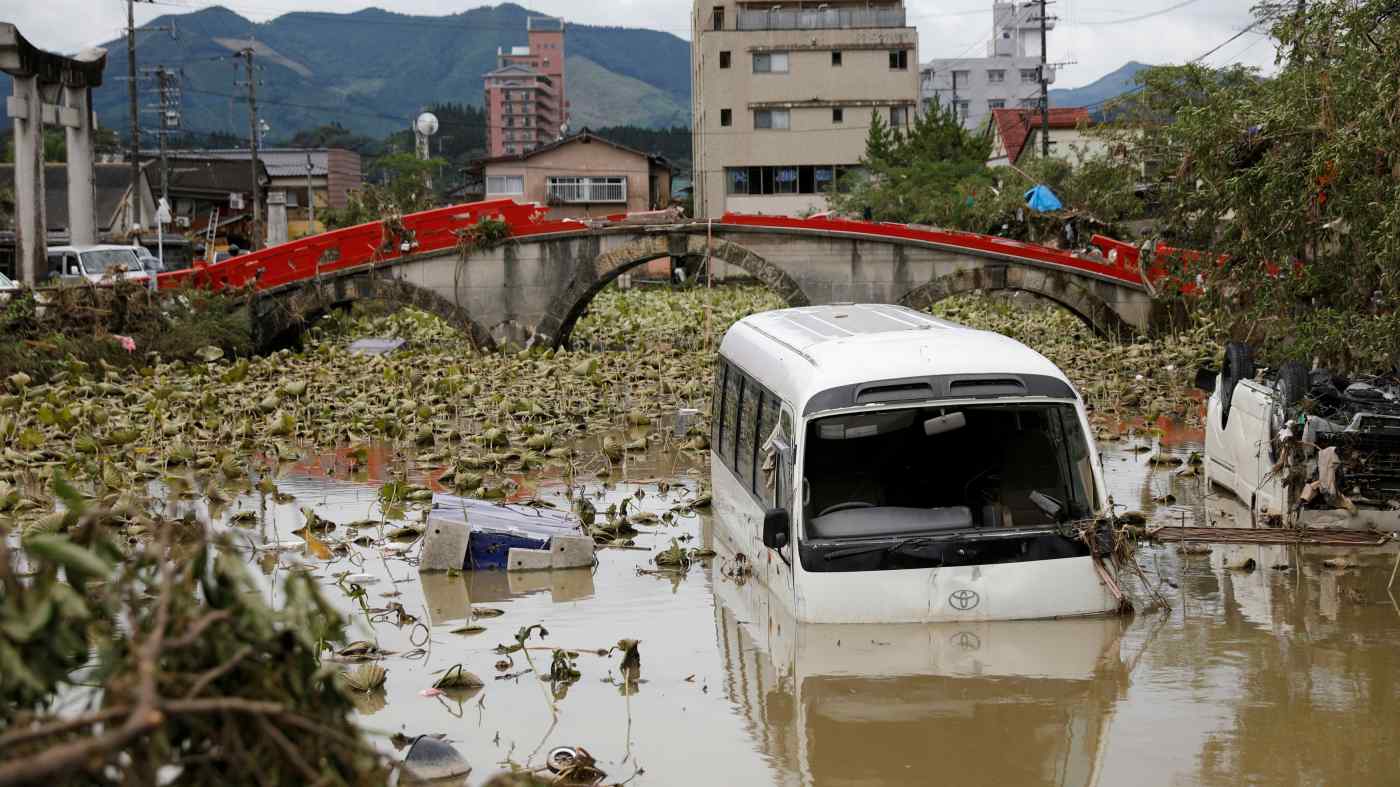 TOKYO -- Japan's major nonlife insurers will introduce policies for corporate customers that base premiums on degrees of flood disaster risk as the industry adjusts to weather patterns that are bringing more rain to the country and forcing them to make record high payouts.

Risk will be assessed by consulting government hazard maps. Premiums will be lowered by 2% to 3% in areas unlikely to flood and raised about 10% for those with higher risk.

The insurance industry's total payouts for natural disasters reached an all-time high in the year through March 2019, exceeding 1 trillion yen ($9.45 billion) that year and the next.

The new risk-assessment procedure is aimed at limiting payouts by making corporate customers more conscious about degrees of risk associated with geographical areas and encouraging them to avoid locating their operations in high-risk areas.

The procedure is also meant to make corporate policyholders think carefully about the potential impact of disasters when they plan to build or relocate plants and facilities.

Insurers typically provide coverage for damage from floods and mudslides caused by typhoons and torrential rains in combination with fire insurance policies. Some policyholders in less disaster-prone areas have expressed discontent about blanket premium increases that fail to consider the degree of risk.

The new premiums are due to hit in January.

Tokio Marine & Nichido Fire Insurance plans to link premiums to data from hazard maps created by the Ministry of Land, Infrastructure, Transport and Tourism. There will be three levels of premiums, which will be based on the expected depths of floodwaters when rivers overflow.

Sompo Japan Insurance will calculate premiums by combining geographical data provided by local governments and the hazard maps. Small to mid-size companies that have plants in areas likely to flood can expect to pay several thousand yen to several tens of thousands of yen more in annual premiums.

The government's hazard maps show where flooding can be expected in the event of torrential rain.

A 2015 amendment to a related law calls on local governments to consider more rainfall when estimating the extent of potential damage in their respective areas. It requires them to assume heavy, once-in-a-thousand-years downpours.

However, revised hazard maps have yet to be completed for many areas. The revisions need to come quickly if the private sector is to make full use of them.

Nonlife insurers are also working out frameworks to base premiums for individual insurance policies on the hazard maps. This may impact how individuals select their homes.