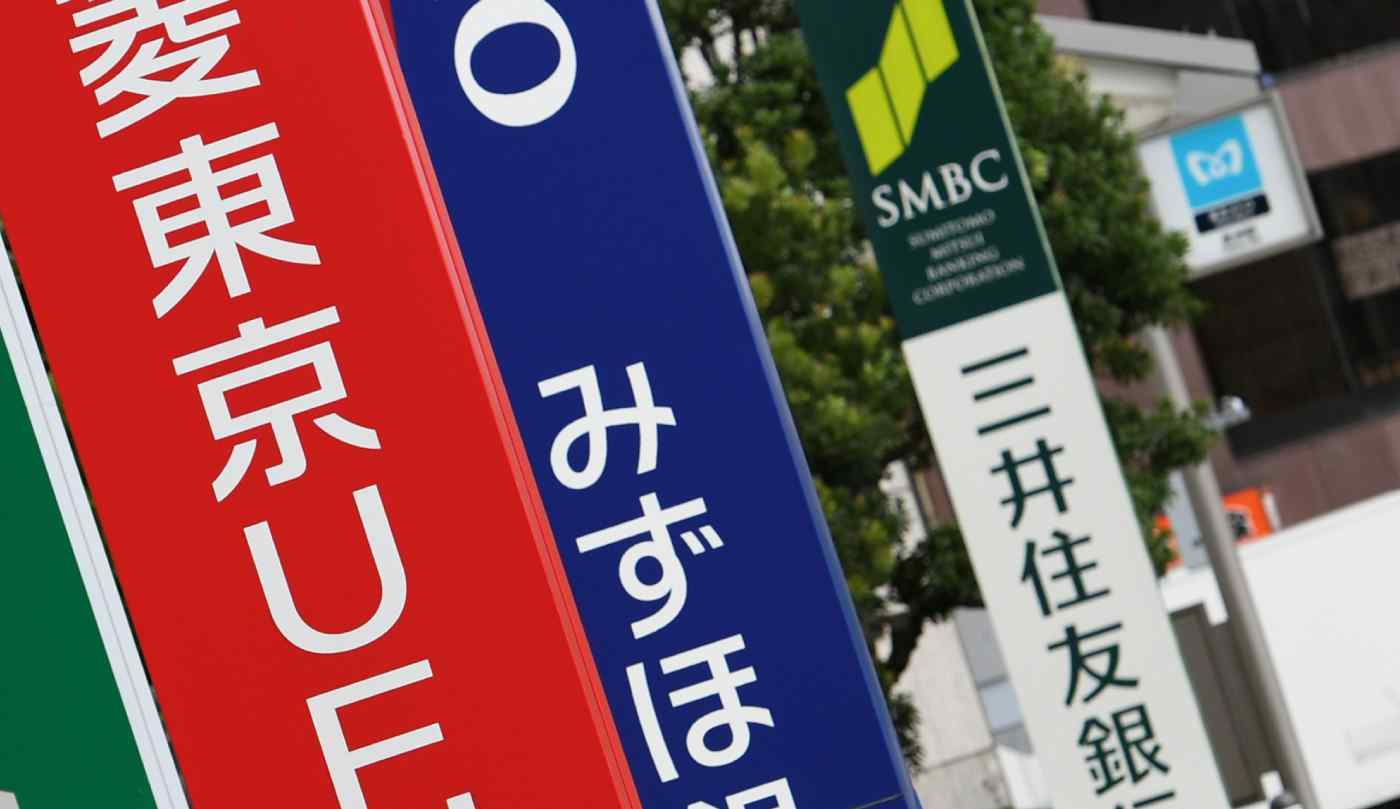 TOKYO -- The three Japanese megabanks have lost share in the realm of global financing despite having staked their futures on overseas markets, forcing a shift toward more diversified profiles.

"We are in a lull now," said Mitsubishi UFJ Financial Group President Nobuyuki Hirano, while presenting annual results Tuesday. "We need to convert to a model that increases the lending balance and boosts earnings."

MUFG's international segment logged 422.3 billion yen ($3.83 billion) in profit for the year ended March, down about 50 billion yen from the preceding year after excluding foreign exchange effects. The last time the unit's profit declined was in fiscal 2007, during the run-up to the global financial crisis.

This time around, U.S. policy rate hikes and other factors have made it more expensive to raise funds, while fewer big financing deals backing mergers and acquisitions in Western countries also contributed to the lackluster earnings. Furthermore, competition is heating up to lend to large corporations.

Solving MUFG's problem is not as simple as scaling up the lending business, since new international regulations call for tougher capital adequacy ratios to hedge against risk assets. So the megabank has been looking to develop commission-based businesses as its next growth driver, along with small business and retail financing through banks under its umbrella in Southeast Asia.

The aggregate balance of loans issued by Japanese banks to overseas non-financial private-sector borrowers grew nearly 10% from a year earlier at the end of 2017, according to data from the Bank for International Settlements.

Although the three Japanese megabanks enjoy returns on equity above the international average, the metric falls short of the likes of JP Morgan Chase, indicating that  Japanese lenders face a turning point in their overseas strategy.

Mizuho Financial Group's offshore lending balance grew only 1.9% in fiscal 2017, the pace slowing by roughly four points from the preceding year. "Financing for large M&As and such have been tougher than anticipated," said President Tatsufumi Sakai.

Interest rates offered overseas by Sumitomo Mitsui Financial Group have decreased slightly. "We will diversify transactions and boost earnings," CEO Takeshi Kunibe told reporters Monday, indicating that the group aims to shore up earning capacity by branching out to corporate bond underwriting and other businesses.

Among international peers, American banks have turned in robust earnings for the first calendar quarter. JP Morgan in particular posted record quarterly earnings, due to the strength of its investment banking and lending segments.

Exemplified by its high return on equity, JP Morgan leveraged its strong business health to insert itself into lucrative business opportunities. For instance, the lender is the administrative agent for bridge loans Takeda Pharmaceutical is tapping to finance the takeover of Irish drugmaker Shire.

In France, BNP Paribas grew its offshore consumer lending business by 12% over the year. Great Britain's Standard Chartered experienced sharp gains in its personal lending and private banking business, offered mainly in Hong Kong, with the footprint for each business expanding by 14% and 23%, respectively.