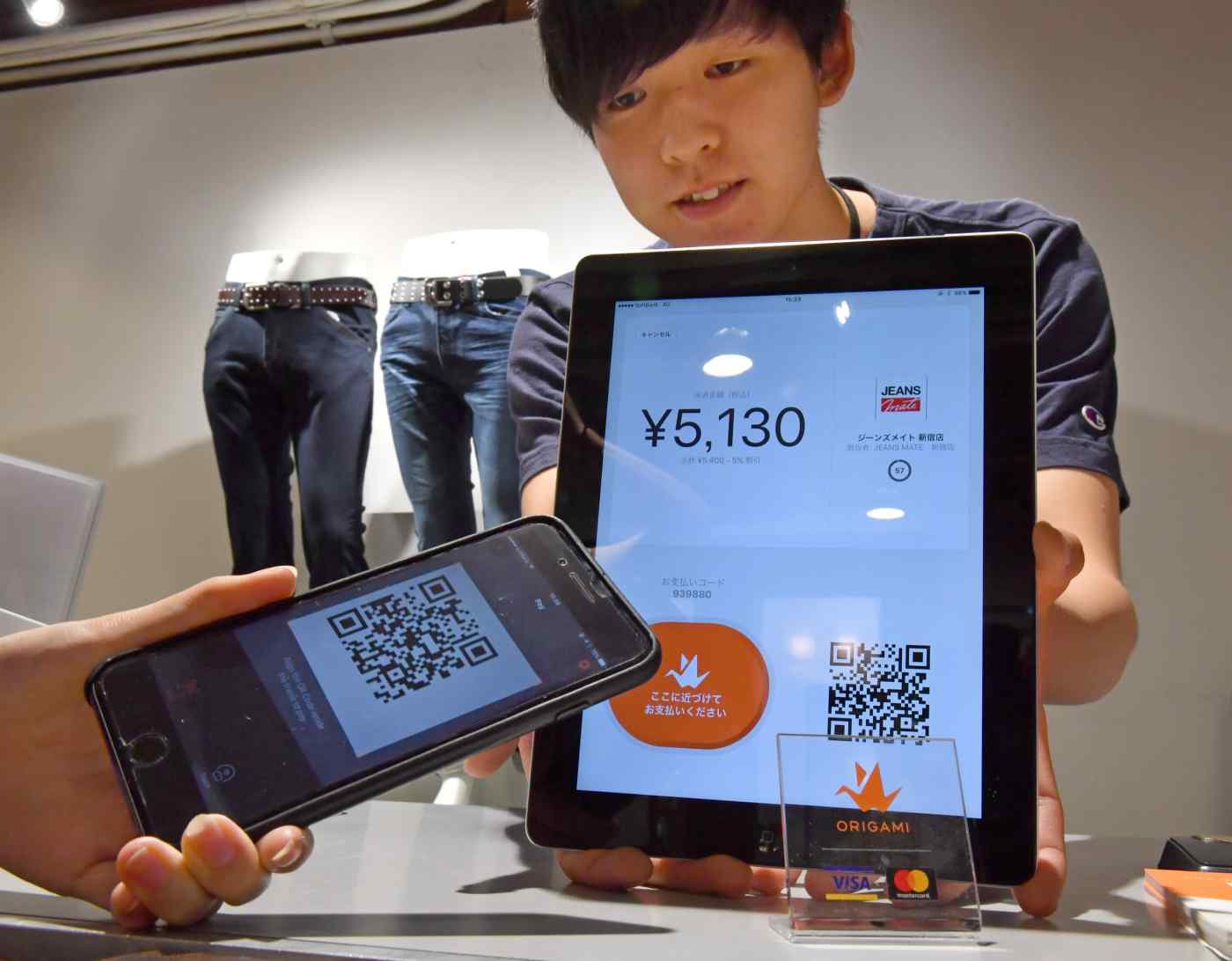 Mitsubishi UFJ Financial Group, Mizuho Financial Group and Sumitomo Mitsui Financial Group will work out specific plans by the end of March to unify QR code specifications across participating banks. The rollout of the payment system is slated for fiscal 2019.

Development costs are estimated to reach into the billions of yen (1 billion yen equals $9.29 million).

The three banks are also looking at establishing a jointly financed company to oversee the system. Other large banks and smaller regional banks will be invited to join.

Cashless payments will greatly streamline bank operations while the use of QR codes will keep costs minimal for retail outlets that adopt the system.

Japan is currently behind other countries when it comes to e-payments. U.S.-based Boston Consulting Group says 65% of payments in Japan are settled with cash, double the average for developed nations. Credit cards are used in less than 20% of settlements. Meanwhile, Bank of Japan estimates show 77% of Kenyan cellphone customers use mobile payments. The number jumps to 98% in Chinese urban areas.

Alibaba Group Holding's Alipay is the smartphone payment platform of choice among Chinese. Point-of-sale scanners read QR codes displayed on smartphones to withdraw funds from customers' bank accounts. With Alipay, users can wire money to friends and donations can be collected on street corners. It is common in Japan to see Chinese tourists whipping out their smartphones at the register.

In Japan, messaging app provider Line has introduced Line Pay, and NTT Docomo will launch its own QR-based payment service in April. But the attachment to hard cash remains strong here. That has translated to expenses associated with cash payments, such as transport costs, climbing to an estimated 2 trillion yen annually.

Meanwhile, the BOJ's negative rate policy continues to squeeze the earnings megabanks generate domestically. That has forced the lenders to embark on structural reforms that involve streamlining operations and cutting positions. Mizuho will shrink its head count by 19,000 people, or a quarter of its workforce including part-timers, by fiscal 2026.

If cashless payments gain traction in Japan, banks would be better positioned to decrease the number of bank tellers and ATMs. In Sweden, a growing number of bank branches do not accept cash, and the ranks of bank employees have declined. At one large Swedish bank, the cost of handling cash used to reach as high as the equivalent of 30 billion yen, but that has reportedly fallen by 80-90%.

The megabanks will make coming up with a standardized QR payment system a priority, putting it ahead of joint development of a digital currency system.