"Output could reach 2 trillion yen in three to five years if things go smoothly," Inaba predicted, adding later that "demand will expand for more than five years. The 2 trillion yen mark is probably just a checkpoint."

China will continue driving this growth. "Orders [from China] are increasing further," said Yasuhiko Hashimoto, general manager of the robot division for Kawasaki Heavy Industries. "There are no concerns at this point."

"Chinese demand will not deteriorate," said Hiroshi Ogasawara, president of Yaskawa Electric. "Nothing is decided, but we would probably choose China if we add facilities in the future."

Fanuc looks to capture such brisk demand by building a roughly 63 billion yen robot factory in Japan's Ibaraki Prefecture. The site is expected to produce up to 4,000 units a month when fully operational and boost Fanuc's capacity by over 50%.

Mitsubishi Electric plans to begin robot production in China in June, lifting total capacity by 50% compared with 2016 when combined with the company's Japanese plants. 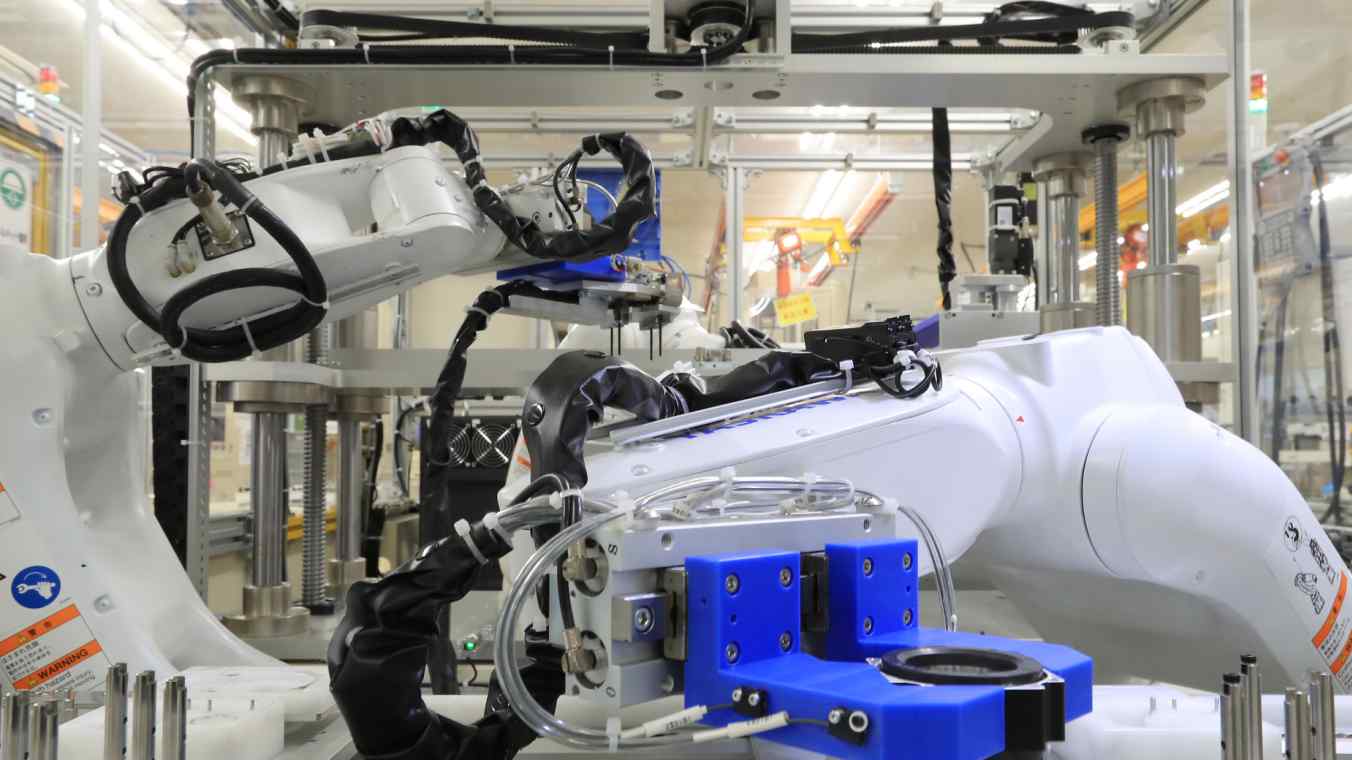 "The forecast does not incorporate much smartphone demand," Chairman Yukio Iimura said of what was a conservative forecast. "Work is not just going to large companies but to small and midsize businesses as well."

But some machine tool executives see the current situation as a bubble. Chinese demand could sink should Beijing tighten monetary policy, while unpredictable risks include sudden changes in foreign exchange rates, government or a conflict arising. Bitter memories remain from the 2008 financial crisis, when orders plunged to one-fourth of their level before the shock.

The robotics industry also faces its own shortage of specialized system architects, while the industrial machinery field undergoes a revolution similar to the upheaval seen in automobiles and appliances.

Competition with Chinese machine tool makers poses a threat as well, as Japan's foreign rivals progress on technology to manage factory devices via the internet.

"This is no time to get complacent," Iimura warned. "How we differentiate Japanese products will be essential."