Fanuc triples output of 'collaborative' models that work alongside humans 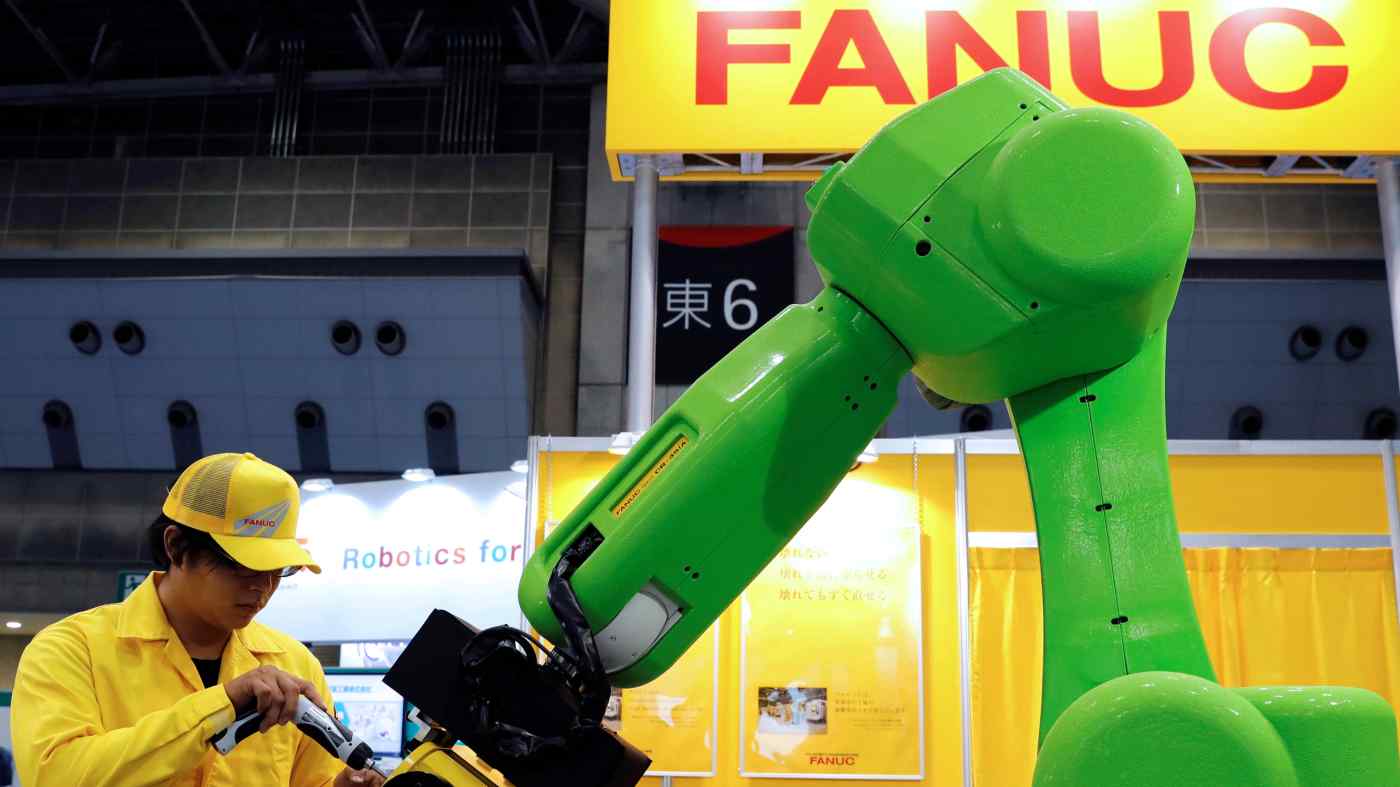 TOKYO -- Japanese robot makers have begun pushing advanced models that can work side by side with people on production lines, seeing growing demand among manufacturers concerned about crowded factories turning into COVID-19 hotbeds.

In contrast to conventional industrial robots, which operate at high speeds and must be kept away from human workers for safety reasons, these so-called collaborative robots move more slowly and can detect and avoid people. They have grown in popularity amid the pandemic, sharply boosting productivity while letting employees avoid working close to one another.

Fanuc plans to ramp up production in 2021 of its new CRX line of collaborative robots, first rolled out in June. It will triple current monthly output at its main factory in Japan's Yamanashi Prefecture but has not disclosed specific production numbers. Mitsubishi Electric has installed dozens of its own collaborative robots across its production facilities in Japan, Europe and North America. It aims to sell 1,000 units a year.

The company has already received orders from food companies for robots that can handle such tasks as putting packaged items into boxes. The robots can accommodate cameras, hands and other attachments developed by customers to facilitate use in a wide variety of settings.

Shibaura Machine will begin selling robots in 2021 that feature arms attached to a torsolike structure, enabling them to tighten screws, for example. The company expects demand from home appliance manufacturers.

The pandemic is pushing manufacturers to try to avoid what the Japanese government calls the "three C's": closed spaces, crowded places and close-contact settings -- which can promote the spread of the virus. Many are assigning robots to tasks for which they previously relied on humans.

Danish company Universal Robots boasts a 50%-plus share of the global market for collaborative robots, while Japanese players have lagged behind. With demand expected to rise in China -- already the world's largest buyer of industrial robots -- as labor grows harder to come by, competition to stay on the cutting edge is sure to be intense.