Jet Airways succumbs to race to bottom in India's skies 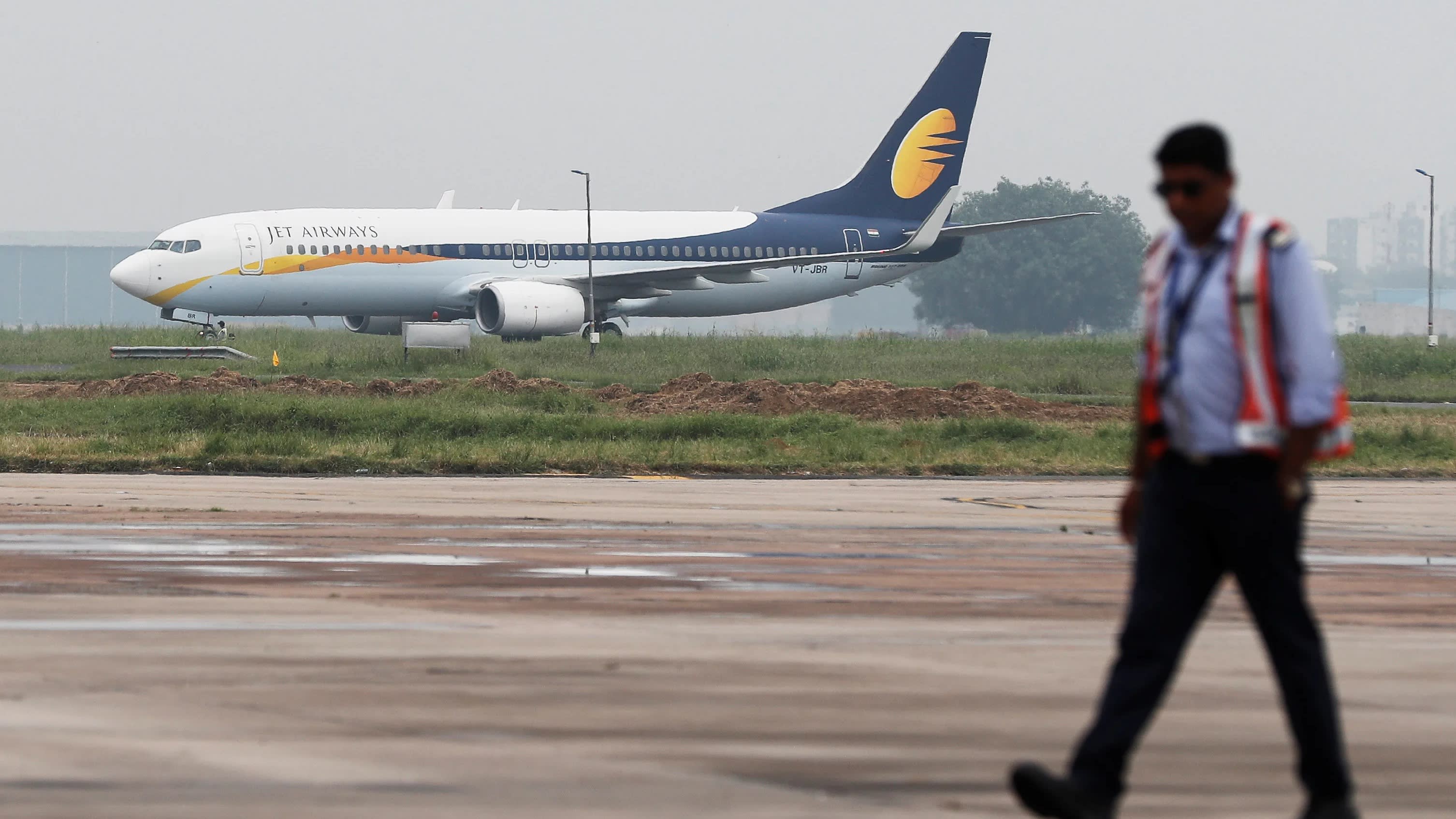 A Jet Airways flight taxis at an airport in New Delhi in August 2018. The company's flights were grounded this April after it ran out of cash.   © Reuters

MUMBAI -- Jet Airways has officially entered bankruptcy proceedings after years of failing to beat low-cost rivals on price or to offer enough added value in its services to justify higher fares.

But the Mumbai-based carrier's fall from grace is a sign of bigger problems in India's air travel industry, where cutthroat competition is squeezing airlines tighter despite a surge in passenger numbers.

"I feel sad and deeply distressed mainly for our loyal employees who have waited months, and were anxiously and hopefully awaiting a positive outcome to the Bank-Led Resolution Plan," said Jet Airways founder Naresh Goyal, who stepped down as chairman in March.

The airline is believed to face 84 billion rupees ($1.21 billion) in debt. While companies are usually given 180 days to come up with a rehabilitation plan, the court pushed for a quicker timeline, calling the case a matter of "national importance."

The creditors, which took control of Jet Airways in March, had previously hoped to find a sponsor for the airline's turnaround. But no good candidates arose. They decided not to extend further lending when cash ran out, grounding all flights in mid-April.

They now plan to sell either the company or its assets in order to recoup their losses. But there is not much left for them to unload, with thousands of pilots defecting to rivals and the majority of the 120-plane fleet having been repossessed.

India is one of the world's fastest-growing markets for air travel. The number of passengers on domestic flights jumped 19% to 139 million in 2018, double what it was four years earlier. Yet Jet Airways still failed, due to an overambitious expansion plan and competition from low-cost carriers.

Jet Airways launched in 1993 as India's first private-sector airline. It wrestled market share away from state-run players with its relatively new planes and on-time flights. It flew nearly 20% of all domestic passengers in 2015, becoming India's second-largest carrier over Air India.

But the company only booked a net profit twice in the 10 years through March 2018 as it invested heavily in new routes and more frequent service.

And in India, they are more likely to be on time. Nearly 90% of budget service flies on schedule, while Jet Airways used to sometimes dip below 85%, according to data from the Director General of Civil Aviation.

Jet Airways also received more complaints than its cheaper rivals as the quality of its services fell to the wayside amid its expansion. Customers turned to alternatives, feeling the airline was not worth the fare.

"It completely failed to differentiate itself from low-cost carriers, both in terms of ticket prices and service," a local executive of a Japanese airline said.

With six airlines operating flights between Mumbai and New Delhi, a round-trip ticket can cost less than $150. Despite the added cost of operating full-service flights, Jet Airways had priced its tickets only about $10 higher than its low-cost competition.

Both airlines benefited from a surge in fares in the January-March quarter, caused by repeated cancellations of Jet Airways flights. But prices are trending back down.

Flag carrier Air India is under pressure as well. It books tens of billions of rupees in losses every year, which has weighed heavily on national coffers.

Of India's roughly 260 state-run companies, 71 were in the red in fiscal 2017, with total losses exceeding 300 billion rupees. Air India has roughly 500 billion rupees in debt. Prime Minister Narendra Modi attempted to privatize the company last year through a stock sale but could not find a buyer.

Cutthroat competition could lead to more bankruptcies in India's air travel sector. The country has 11 airlines, including regional players. The industry could consolidate into 4 or 5 groups if current trends continue, according to Australian think tank CAPA -- Center for Aviation.