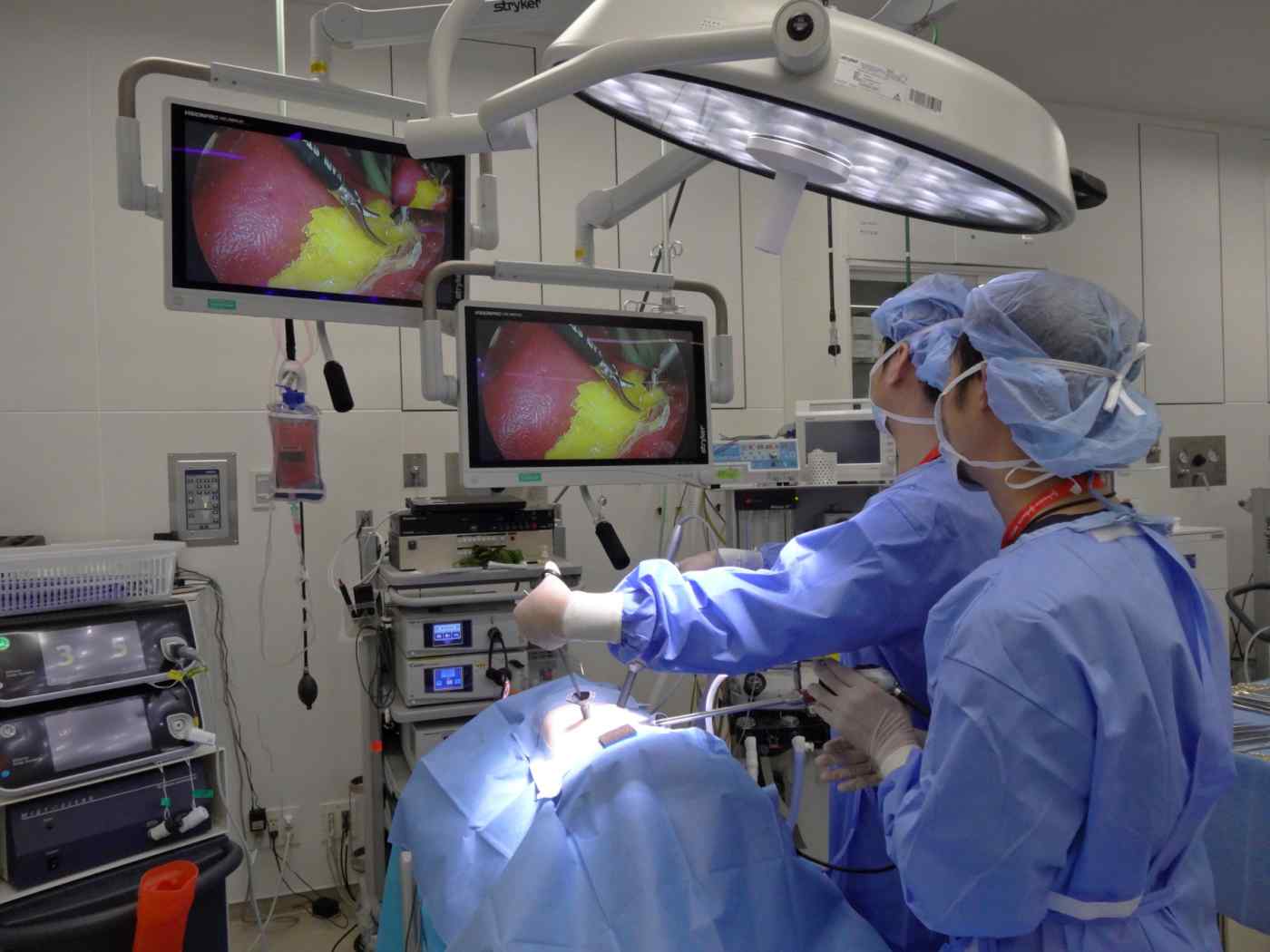 TOKYO -- On the first floor of the Johnson & Johnson Institute in Kawasaki, south of Tokyo, a reporter tried his hand at laparoscopic surgery.

The technique, which involves inserting a tiny camera and surgical equipment through a small incision in the abdomen, is tougher than it looks. It is hard to judge distances with only a monitor image to go by. It took more than three minutes to tie a simple knot, whereas an experienced surgeon can complete the task in a few seconds. Fortunately, the patient was only a mannequin.

A unit of the U.S. health care company runs surgical training facilities in Japan that it hopes will serve all of Asia, attracting health professionals from around the world with English-language instruction and realistic surgical simulations. At the same time, it gathers valuable data on what kinds of equipment doctors need, aiding in J&J's product development.

The institute is among the company's key facilities. It is housed in a modern building that "represents the desire to transmit the cutting-edge medicine from Japan," said manager Yoshio Imaizumi.

The training center is located in the King Skyfront area, which Kawasaki is trying to turn into a health care hub. In 2011, the central government designated the area a Comprehensive Special Zone for International Competitiveness. The center, about 10 minutes' drive from Tokyo's Haneda Airport, is convenient for doctors and researchers visiting from overseas. J&J has similar centers in China and South Korea.

According to the J&J unit, its efforts are paying off. Sales people overseas tell doctors about the Kawasaki center, which has English-language services to facilitate their learning.

On the first floor, there are 10 stations where people can practice various surgical procedures. Mock organs realistically mimic the size, color, shape and texture of the real thing, as well as blood flow.

At one station, doctors practice removing gallbladders. If they nick the replica liver, it "bleeds." There is also a timer that notifies trainees when the surgery should be completed. The timer helps doctors with time management in critical situations. Trainees can critique their peers' work, watching procedures on a huge screen in a 200-seat lecture hall. The number of overseas doctors training at the Johnson and Johnson Institute in Kawasaki is forecast to reach 450 for the six months through March.

On the fourth floor, a Swiss company is creating a virtual operating room. The initial plan is to give orthopedists a feel for knee surgery, from holding a drill, to grasping surgical screws and other equipment.

According to the J&J unit, the high cost of equipment makes it renting the actual items an expensive proposition for physician training. VR surgery can help keep these costs down. Upgrades are planned, including adjusting the height of the VR operating table.

Another J&J training facility is located 500km to the west, on the 20th floor of a building in Osaka. The facility in March began offering training using replica organs. Here, too, demand is expected from overseas doctors, the company said. It offers a variety of programs, including endoscopic surgery, endovascular and intracardiac therapy, as well as neurosurgery and orthopedic surgery.

The programs are good for doctors, and also for J&J, which uses the sessions to assess Japan's health care needs. The company collects feedback from doctors in Japan, who are known for their skill and exacting standards when it comes to the medical equipment. J&J will use that feedback to develop sutures for cardiovascular surgery, electrical scalpels and other advanced medical equipment used around the world.