Li Auto raises $1.1bn in US as China's EV startups race to IPO 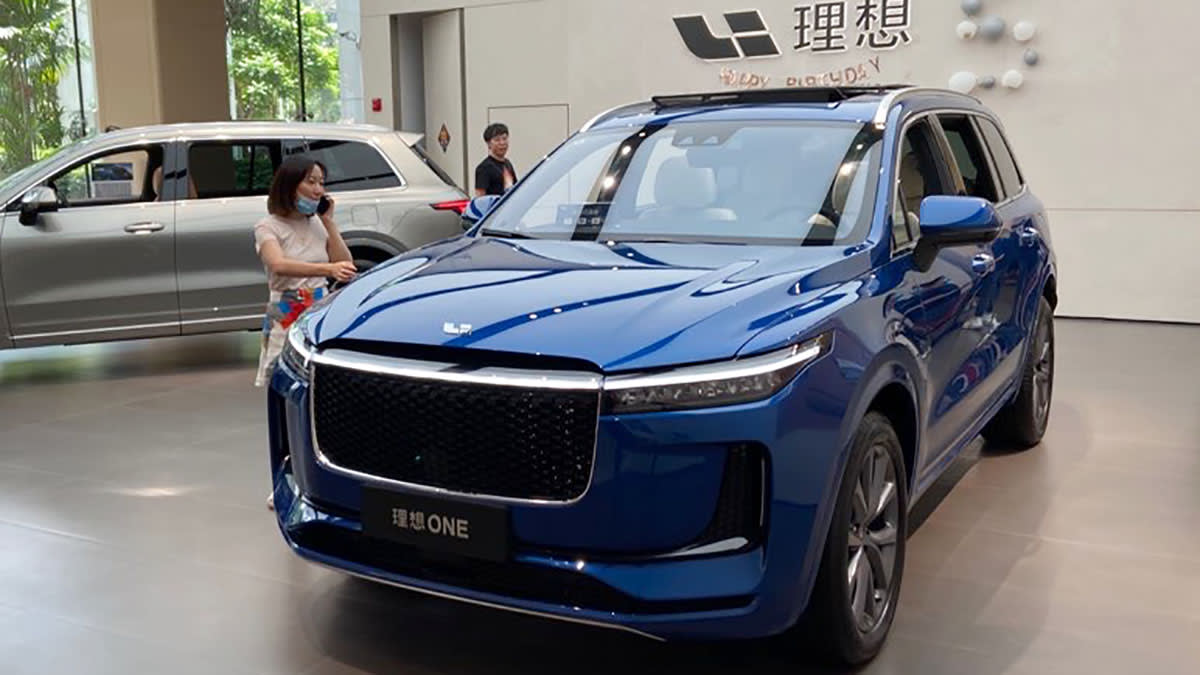 HONG KONG -- Chinese electric vehicle startup Li Auto has made a successful U.S. stock market debut, a move expected to lead rivals to follow suit as they seek to capitalise on investor interest in Tesla and beef up balance sheets to face industry headwinds.

Beijing-based Li Auto raised a higher-than-expected $1.1 billion to support new production facilities and research in an initial public offering on Nasdaq Thursday. Its shares soared 43.1% on debut to close at $16.46 per share compared with an offer price of $11.50.

Li Auto's Guangzhou-based rival Xpeng Motors has also filed for a listing with the U.S. stock regulator, a person familiar with the matter told Nikkei, while others are eyeing listings on China's recently created STAR market in Shanghai.

Hozon Auto, which produces relatively low-cost Nezha brand vehicles, said it plans to list on STAR, a tech-focused board, by 2021. Shanghai-based WM Motor, backed by internet giant Tencent Holdings, is also working with financial advisers for a STAR IPO as early as this year, Bloomberg has reported.

The pivot to markets for funds by China's leading EV startups comes as competition rapidly heats up in the world's biggest auto market.

"EV startups would likely be in need of financing to speed up R&D and gain market share," Zhang said. China's plan to gradually reduce subsidies to the industry was adding to the woes, he said.

Private investors are turning more cautious about the costly car manufacturing business in the economic downturn, while established startups have already raised multiple rounds of funds from large internet companies, traditional automakers and private equity. "IPOs may be the last resort for them to raise new money," Zhang said.

The timing is apparently good, too. Both Tesla and Nio -- the first U.S.-listed Chinese electric vehicle company -- have become stock market darlings recently, with share prices reaching all-time highs this month. Tesla's market value has more than tripled from the beginning of the year, while the share price of Nio has jumped fivefold over the past three months.

"The surge of Tesla's share price has provided a window of opportunity for Chinese EV companies to get listed," said Feng Linyan, an analyst at Beijing-based research company EqualOcean. She believes the rally is a signal that stock investors are recognizing the value of future mobility.

"I think they would want to secure funds through IPOs before a potential economic crisis because nobody can tell what will happen," she said.

No major Chinese EV maker has turned a profit, but capital demand is growing as companies seek to expand production capacity and sales channels.

Indeed, the pragmatic approach and cost-control are among Li Auto's major advantages identified by venture capitalists and analysts.

The company recorded a gross profit margin of 13.3% for the three months ended June, increasing from 8% in the previous quarter, its stock filing shows. By comparison, Nio's gross margin is still negative, according to its earning result in the first quarter.

"It means Li Auto is more likely to turn a profit in the short term than Nio," said Lu Ming, head of TMT research at Aequitas Research.

Shiong also noted that Li Auto's 38-year-old founder and chairman, Li Xiang, was capable of operating with limited capital thanks to his early entrepreneurial experience in the internet industry.

Li started a computer information website, now known as PCPOP.com, when he was 19. In 2005, he founded Autohome, an online auto information and service platform that debuted on the New York Stock Exchange in 2013. The company now has a market value of $9.7 billion.

The Li Auto listing means Li's stake in the company falls from 25% to 21% but he will retain aggregate voting power of more than 70%, the stock filing shows.