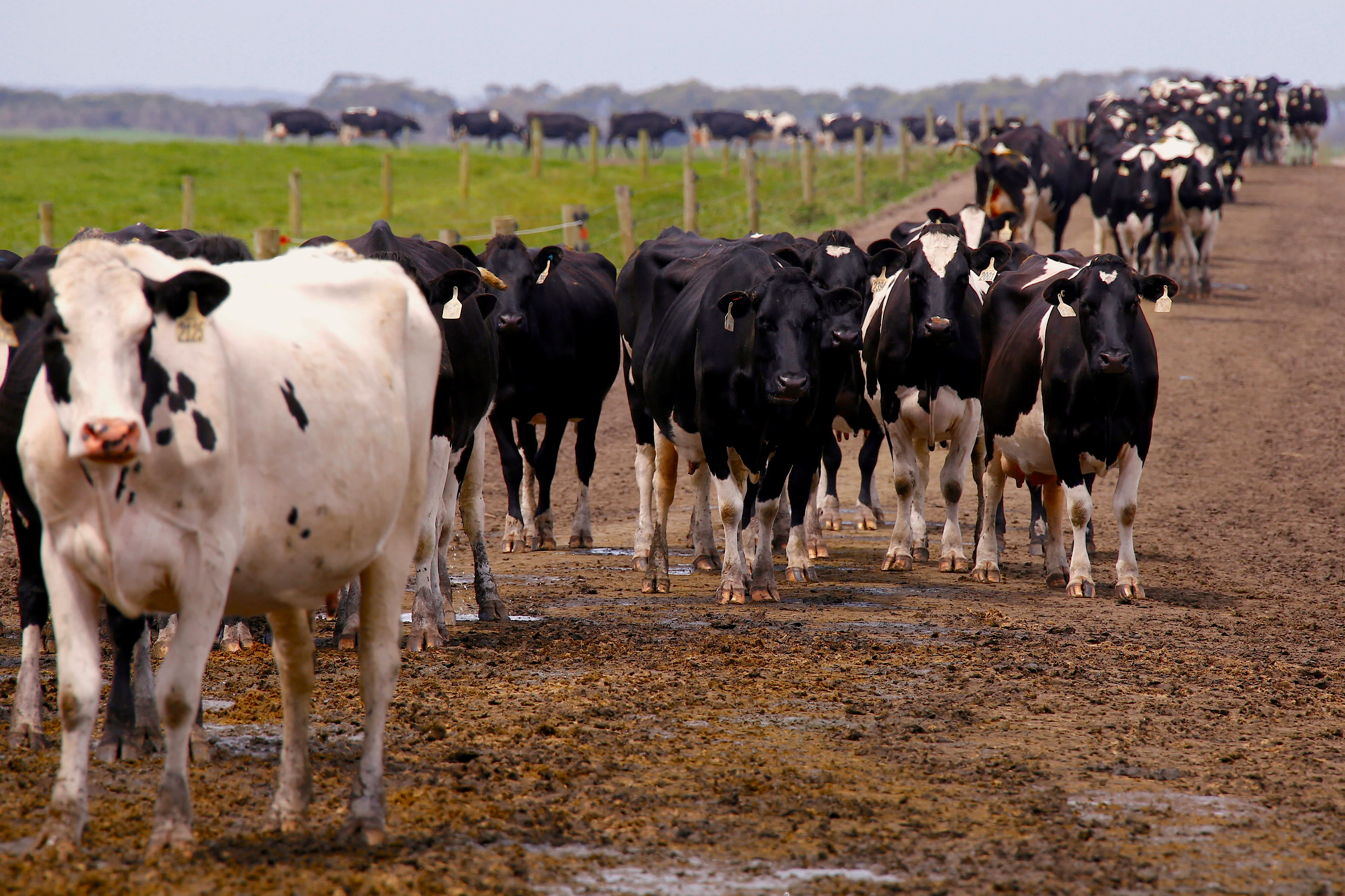 Japanese trading company Mitsui & Co. is shipping dairy cows from Australia to its farm in Java to meet growing demand in Indonesia for dairy products.   © Reuters

The company plans to breed nearly 400 dairy cows from Australia and produce milk on a farm it has operated in West Java Province since 2017. The milk will be processed using an extended shelf-life method that delays spoilage. Mitsui wants to start supplying milk to local high-end supermarkets in September.

Traditionally, milk consumption in Indonesia has been low because little of the country is suited to dairy farming. People mainly consume powdered skim milk, as it can be stored at room temperature. Indonesians consume just 12 liters of milk per year, on average, compared with 90 liters a year in Japan and 40 to 50 liters in Singapore and Malaysia.

But tastes are changing as more people eat Western-style food. According to U.K. market researcher Euromonitor International, from 2013 to 2018, Indonesia's dairy market expanded 70% to $3.3 billion. The market for fresh milk doubled to $400 million over that period.

Mitsui is also an investor in milk producer ABC Kogen Dairy. The company's plants are certified compliant with halal dietary practices, so Mitsui eventually hopes to export milk from Indonesia to Muslim countries in the Middle East and Africa.