Mongolia is Japan's new frontier in the search for IT talent 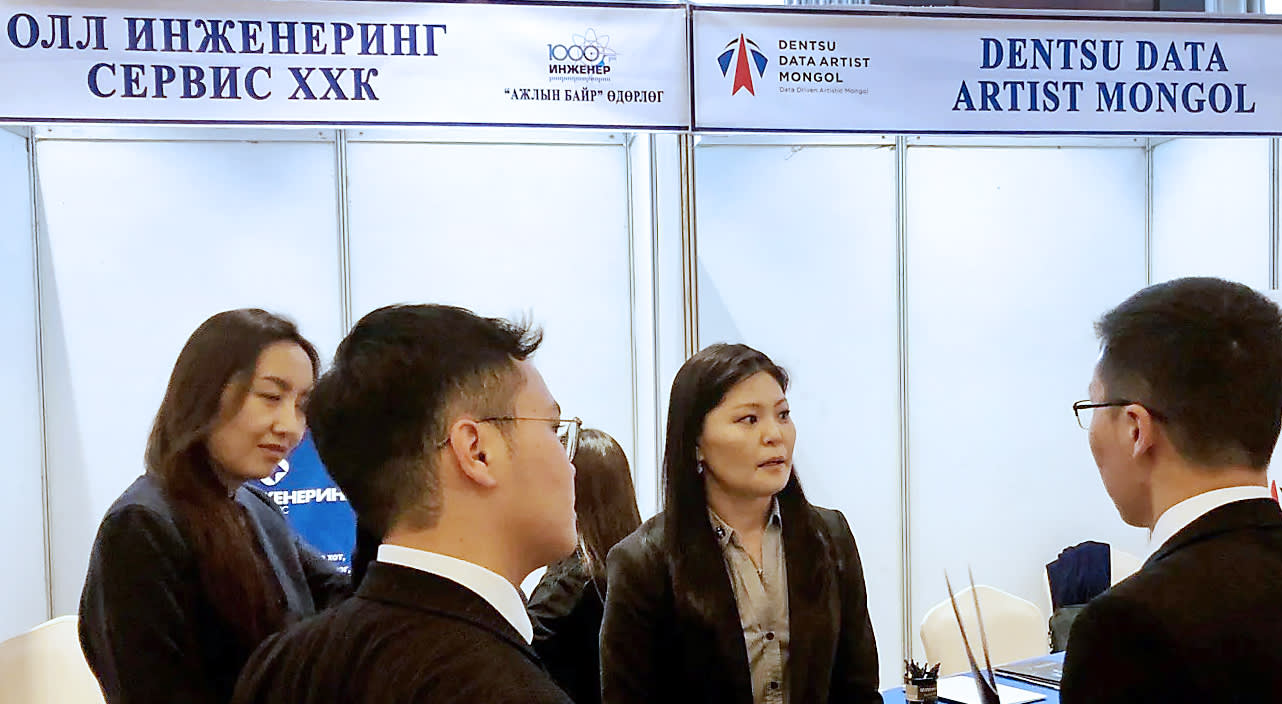 TOKYO -- Japanese companies, faced with a shortfall of homegrown tech talent, and intense competition with U.S. and European rivals for engineers from China and India, are looking to "frontier" markets such as Mongolia and Romania.

Three Japanese-style technical colleges opened in Mongolia in 2014, and a job fair was recently held in the capital, Ulaanbaatar, for the 140 students graduating in May. Job hunters majoring in artificial intelligence and other fields listened to recruiting pitches from 29 companies from Japan and elsewhere.

The students seemed particularly interested in opportunities at a development center set up by Data Artist, Dentsu's AI subsidiary. Agchbayar Amarsanaa, a Mongolian mathematician and bronze medal winner at the International Mathematical Olympiad, leads the company. Dentsu Data Artist Mongol can refer hundreds of top-notch people from the National University of Mongolia, Agchbayar's alma mater, and other schools, to Japanese clients, he said proudly.

Unable to meet the demand for IT systems development domestically, Japanese companies have outsourced some of the work to vendors in China and India. But rising wages in those countries makes that approach less economical. 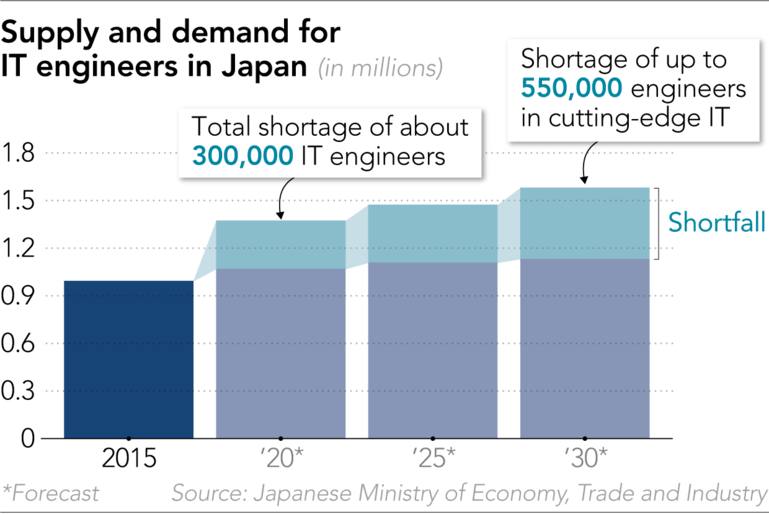 The average wage in China's information and communication industry was around $1,500 a month in 2016, up 40% from four years earlier, according to the International Labor Organization. In Vietnam, an increasingly popular substitute for China in the market for low-cost labor, wages are also rising.

The Ministry of Economy, Trade and Industry forecasts that Japan will face a shortage of up to 550,000 engineers in cutting-edge IT by 2030. Given the country's falling population, Japanese companies have no choice but to recruit from abroad. They have turned their attention to markets their U.S. and European counterparts have yet to tap.

Dentsu has its eye on Mongolia, which has many trained IT specialists and wages that are about half those in China. Another advantage for Japanese employers is Mongolians' positive views of Japan. One out of a 1,000 Mongolians travels to Japan to study, making it likely that those employed by Japanese companies will stick around.

Romania is another potential source of IT engineers, thanks to the government's promotion of STEM education -- science, technology, engineering and mathematics. Trailing only China, Poland and Russia in terms of winners at the International Olympiad in Informatics, Romania turns out world-leading specialists in science and technology.

Human Resocia plans to train IT engineers in Romania and send them to work for clients in Japan.

Last November, Human Resocia set up a Japan Study Center in collaboration with the Bucharest University of Economic Studies on campus to promote Japanese culture and language education in Romania. Between classes, the company shows prospective IT engineers the type of work they might do in Japan. Human Resocia also plans to work with a local consultancy to promote the recruitment program.

Other Japanese headhunters are active in Southeast Asia. Fourth Valley Concierge, a Tokyo-based company that helps its clients find overseas talent, will offer a course later this year on Japanese culture and language to students at Yangon Technology University and other universities in Myanmar.

Fourth Valley will ask clients to offer loans to IT students, turning the loans into grants if the student takes a job with a client.

While Mongolia and Romania are the new frontiers for Japanese companies in the hunt for tech talent, others will come sniffing around sooner or later. They are working with local universities, hoping to get a leg up on their international competitors.