Foreign carriers such as ANA see opportunities in the restructuring 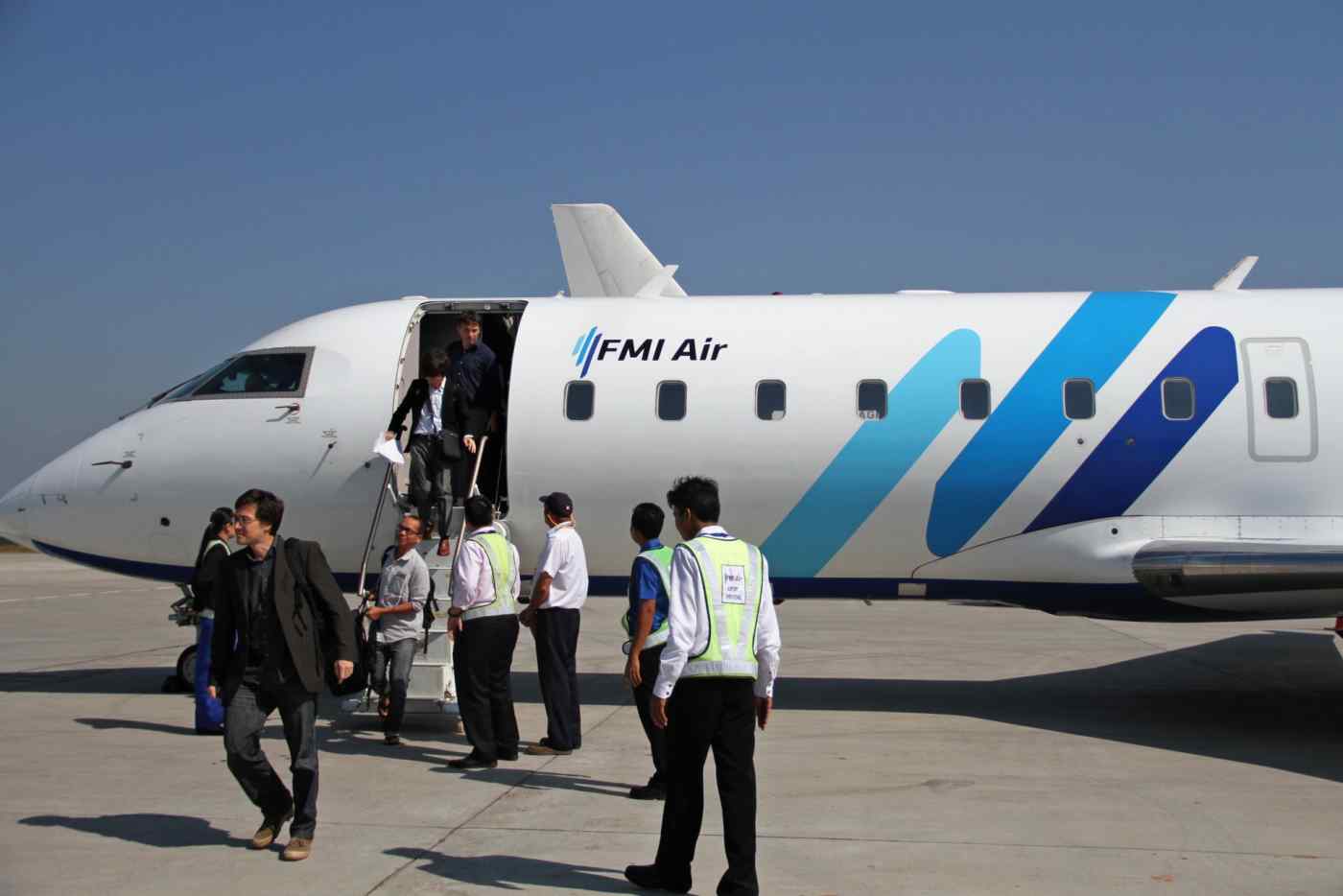 YANGON/TOKYO -- Myanmar's airline industry, touted as the last frontier in Asia, already appears caught in a downdraft as a third domestic carrier says it will ground operations.

Yet foreign airline operators like Japan's ANA Holdings still see long-term potential in Myanmar, so they view the industry's restructuring as an opportunity.

Myanmar's transition to an elected government in 2011 triggered a foreign investment boom, and various companies entered the aviation market believing that air travel demand was poised for takeoff.

As anticipated, passenger traffic on private airlines doubled over the three years through March 2013. But those passenger numbers grew by just 10% over the three subsequent years, while 11 companies jostled for business.

FMI Air is part of Serge Pun & Associates, a top Myanmar conglomerate. The carrier debuted in 2012, offering several domestic routes including flights between Myanmar's largest city, Yangon, and its capital of Naypyitaw. The airline introduced free access to its airport lounges to attract passengers, but that did not ease the battle for business.

Myanmar's per-capita gross domestic product has surpassed $1,200. But a flight between Yangon and Mandalay costs around 45,000 kyat ($32), three to four times the price of a bus or train ticket. The middle class cannot afford to be frequent fliers, leaving foreigners and Myanmar's wealthy as the main clientele. The well-publicized persecution of the country's Rohingya minority dampened demand for flights by foreign tourists.

The airlines face an average passenger load factor far below the 60% to 70% they need to turn a profit. And given that the domestic carriers operate only three planes on average, it is easy to believe a local industry insider who asserts that every company is operating in the red.

Two other domestic carriers have suspended their operations and surrendered their air operator certificates to Myanmar's authorities.

Myanmar lets foreign investors own up to 49% of domestic airline operators, so foreign carriers with deep pockets and rich experience could become involved in the restructuring of Myanmar's aviation industry. They also could partner with domestic airlines to develop international routes connecting Myanmar with its neighbors.

ANA Holdings, the most active foreign interest in Myanmar's airline industry, already operates daily flights between Yangon and Narita Airport near Tokyo. The carrier sees Myanmar as a geographically superior location for a hub linking India, China and Southeast Asia.

In 2013 and 2016, ANA Holdings announced partners to set up an airline in Myanmar for flights to neighboring countries, but both efforts bogged down in red tape and were abandoned. Despite those setbacks, the Japanese carrier once again is searching for a partner.

Malaysia's AirAsia, the largest low-cost carrier in Southeast Asia, was once in talks with FMI Air about a partnership, so ANA is not the only foreign airline with an interest in Myanmar.

FMI Air said it might resume operations after restructuring and hopes to partner with a foreign airline. But Myanmar's Department of Civil Aviation is apparently not sold on the participation of foreign capital and is thought to prioritize the protection of domestic companies.

Myanmar's aviation industry faces anything but clear skies ahead.

The shift to civilian rule was supposed to expand the middle class and trigger an explosion in domestic demand. But the flow of foreign capital to fuel economic growth, raise incomes and boost consumption has narrowed -- throwing cold water on construction plans for airport infrastructure.

The proposed Hanthawaddy International Airport near Yangon remains nothing but a project on paper, and it is back to the drawing board for the construction companies in the project like Japan's JGC and Singapore's Changi Airport Group.