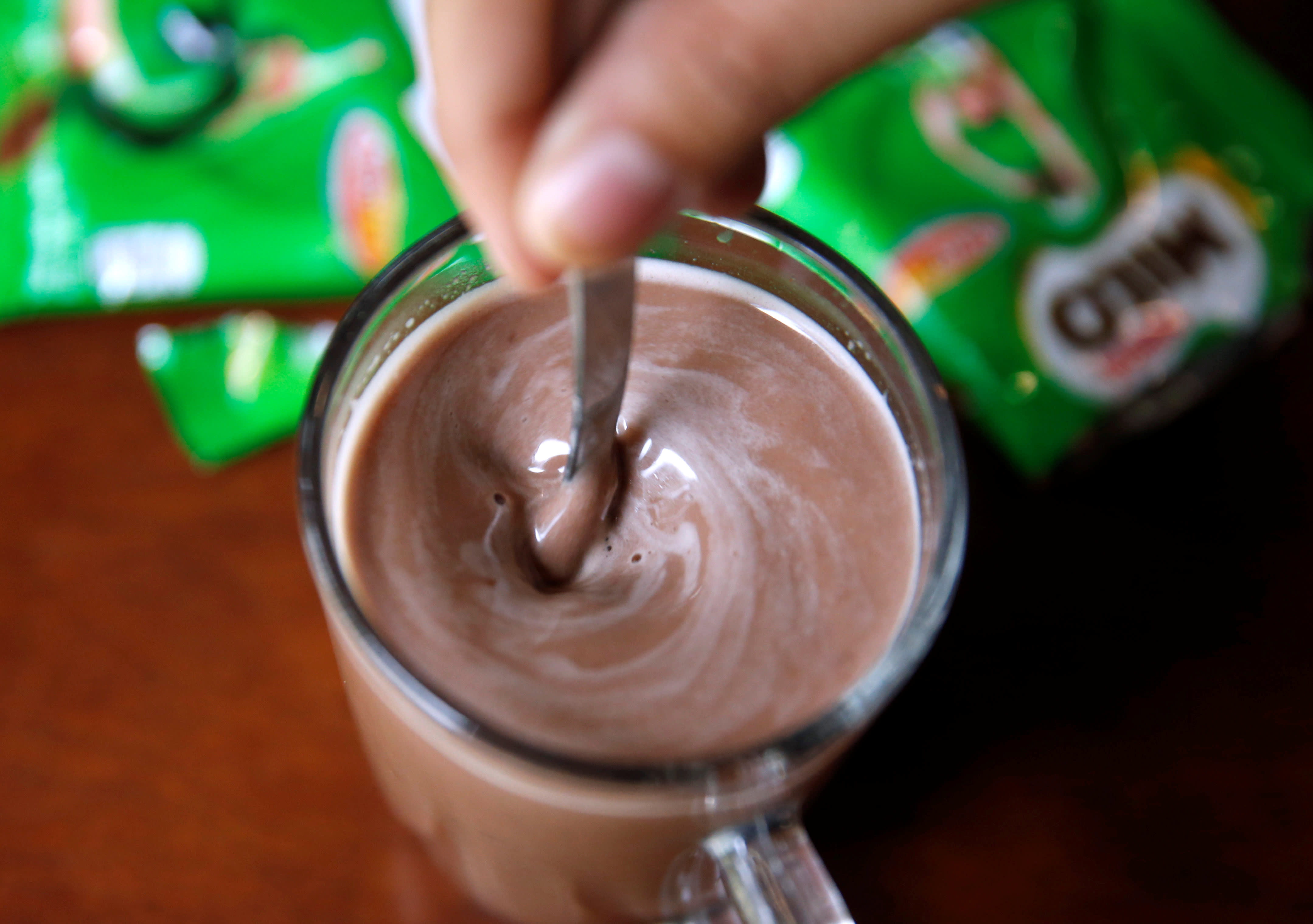 BANGKOK -- Nestle, the world's biggest food company by revenues, has unveiled plans to roll out major sales of the world's first sugar-free "Milo" chocolate and malt beverage in Thailand as early as June.

The new type of Milo has only the natural sweetness of its milk constituents and malt, with a 180-milliliter packet of the drink selling for 13 baht ($0.41).

Nestle has already started selling the new Milo drink at 7-Eleven convenience stores and elsewhere in Thailand on a limited scale, with plans for a full roll-out in the country in a few months' time.

The Switzerland-based company's move comes in response to the Thai government's altered policy on sugar. In 2017, the government introduced a sugar tax, partly in an attempt to contain swelling medical costs due to an increase in the number of diabetes cases.

Thailand is one of the world's leading sugar-producing countries, thanks to its brisk sugar cane cultivation, and has seen its obesity rate climb.

Taxes on sugar-sweetened soft drinks were changed from a 20% excise tax on the wholesale price to a 14% excise tax on the recommended retail price, plus a sugar tax. The sugar tax rate varies depending on the amount of sugar in the product. The tax rate will be raised gradually until 2023.

The move to cut sugar consumption is spreading across Southeast Asia. The Philippine government introduced a tax on sugar-sweetened drinks in January 2018.

According to estimates by think tank the Asian Development Bank Institute, social costs in the Asia-Pacific region, such as medical expenditure and lost opportunities due to disability, total about $166 billion (about 17.5 trillion yen). This is equivalent to 12% of the region's total health expenditure.

The new taxes have prompted drinks makers operating in the region to develop sugar-free or low-sugar products.

Nestle (Thai) has already released a product under the Milo brand with 30% less sugar as part of efforts to expand its lineup of low sugar products.

Ichitan Group, a leading beverage maker in Thailand, in April last year reduced the content of sugar in green tea products to less than 6 grams per 100 milliliters by adopting an alternative sweetener.

Likewise, Sermsuk, the maker of cola-like drink Est Cola, has announced a plan to cut the content of sugar in existing products in stages. The company is owned by Thailand's biggest drinks maker Thai Beverage.

In Singapore, which is among the 10 countries in the world with the highest rates of diabetes, the ministry of health made agreements with seven major beverage makers to reduce the sugar content of drinks sold in the domestic market to less than 12% by 2020.