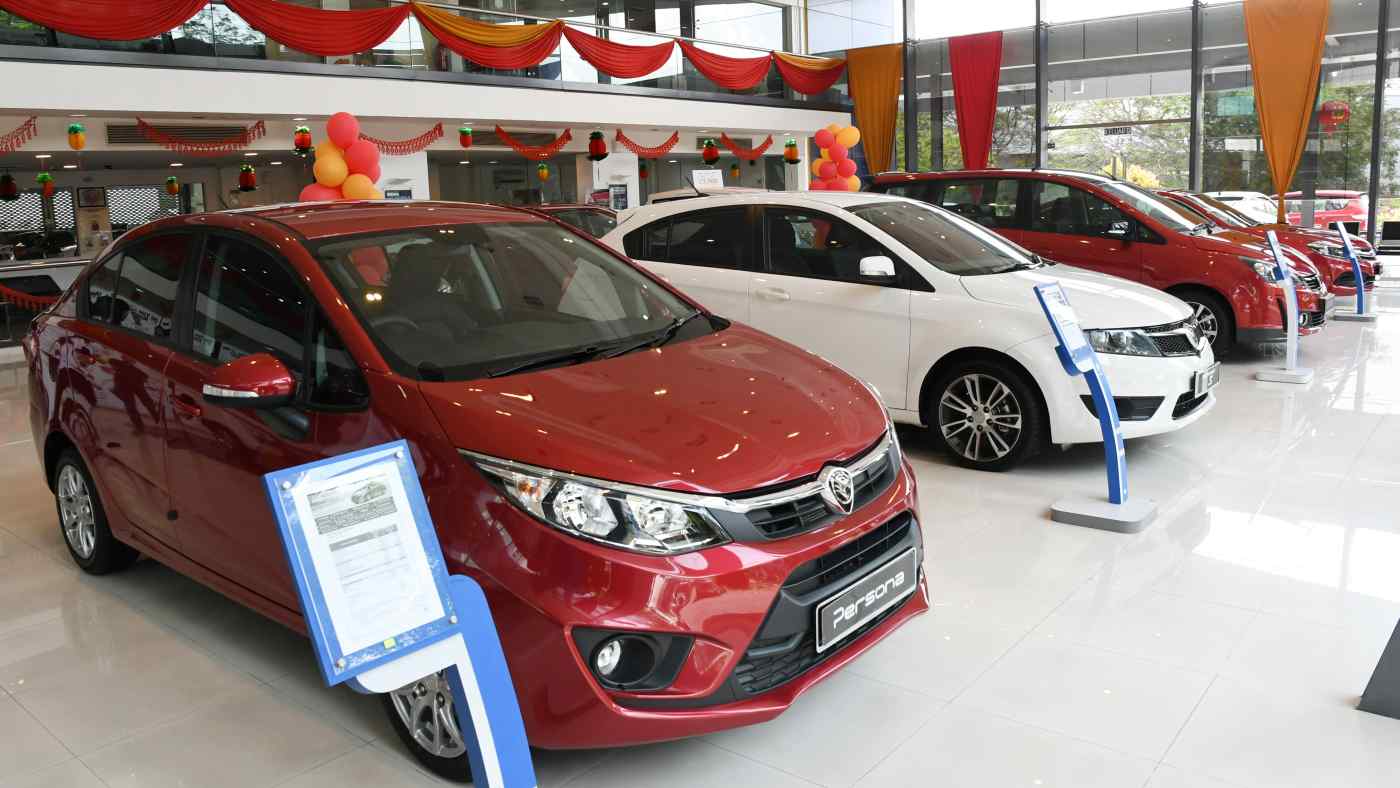 Michinobu Sugata, managing officer at Toyota Motor and president of its Thai unit, said in late July that Thailand's new car sales are recovering due in part to improved infrastructure and heightened consumer sentiment.

In June, sales rose 26% on the year to 87,854 units, hitting double-digit growth for the 10th straight month, and helping propel growth across Southeast Asia. Sales of one-ton pickup trucks, which are popular in Thailand, jumped about 30%.

Outpacing Thailand was Malaysia, with June sales soaring 28% on the year to 64,502 units, up 50% from May. The Malaysian Automotive Association is also bullish for July, forecasting continued strong sales. 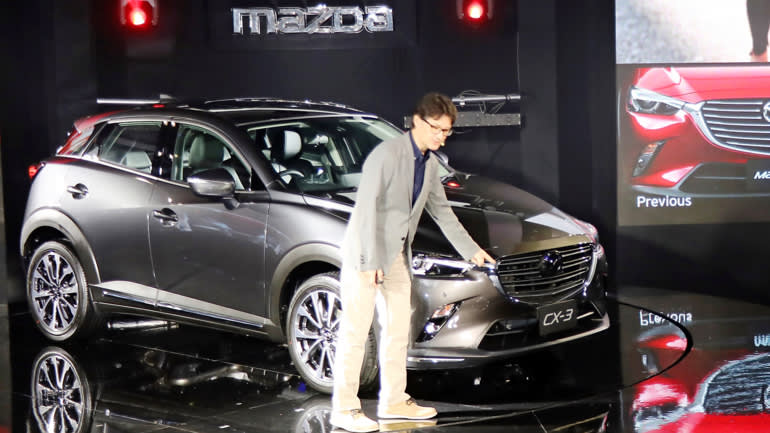 A representative of Mazda Motor announces in July a revamp of its compact CX-3 sport utility vehicle in Bangkok. Japanese automakers have a combined share of about 80% of the Southeast Asian auto market. (Photo by Hiroshi Kotani)

In June, the administration of Malaysian Prime Minister Mahathir Mohamad abolished the Goods and Sales Tax, which previously stood at 6%, causing a crush in new car orders. Strong demand is likely to remain until September, when a new tax replacing the GST kicks in.

Lagging behind was Indonesia -- the region's biggest market -- where new car sales in June sank 11% on the year to 58,837 units. The decline was attributed mainly to there being fewer business days after the government extended the annual public holiday that follows the Islamic holy month of Ramadan to two weeks. Sales during the January-June period in the country reached 553,779 units, a 4% increase on the same period last year.

Year-on-year sales in the Philippines also fell, plummeting 21% in June to 32,808 units. After a surge in demand prior to the country's excise tax hike in January, the market has been hammered. Small cars with lower price tags saw the largest slump, indicating that the higher tax is keeping relatively low-income earners out of showrooms. Meanwhile, Vietnam saw its June sales decline 10% to 21,913 units. Restrictions on the import of finished cars introduced earlier this year led to the halt of new cars from Thailand and Indonesia. Reflecting the auto shortages, sales of imported cars decreased by more than 60% from a year ago to 2,719 units.

Major automakers -- including Toyota, the region's biggest player -- have resumed exports to Vietnam since the end of June. This should boost sales between late July and August, when the cars are scheduled to arrive at dealerships.

Sugata said that 2018 full-year sales for the region "could surpass 3.5 million units, led by Thailand and Indonesia," closing in on the record high set in 2013, when the region's two largest markets experienced brisk sales.

Still, interest rate hikes in Indonesia and the Philippines could be a drag on the market.

Major Japanese automakers did well across Asia, according to their consolidated results for the April-June quarter. Although the overall market size is small, the makers understand its importance, as their combined share in the region totals about 80%.