Apple's $749 model will contend with cheaper brands in Asian markets 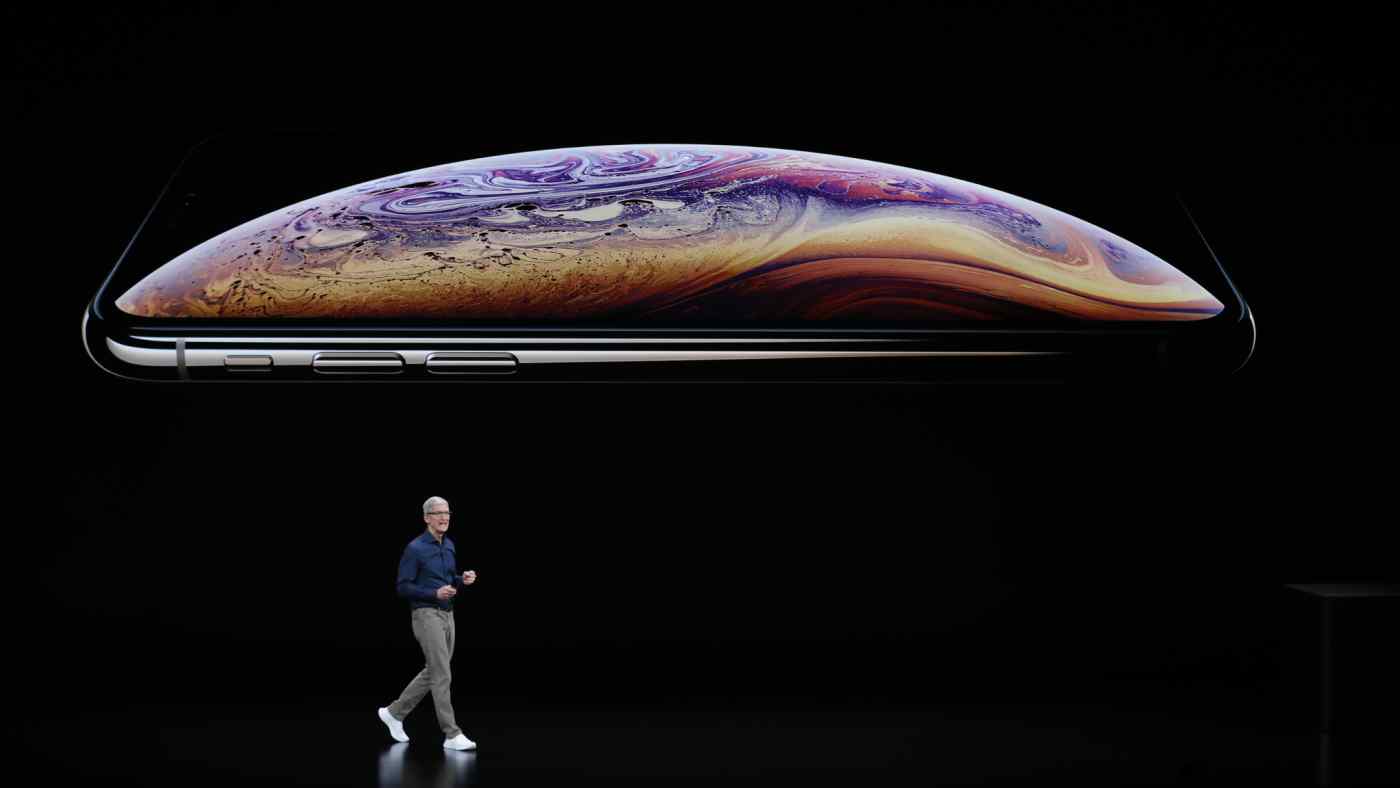 HONG KONG -- Apple unveiled three new takes on the iPhone on Wednesday amid doubts about the company's direction in Asia, particularly in China, where the market is becoming dominated by considerably cheaper local brands.

But at $749, the XR is priced higher than the $700 line over which analysts predict the phone would see limited demand in emerging markets.

The "iPhone XR helps us reach even more people with the latest iPhone innovations," said Philip Schiller, Apple's senior vice president for worldwide marketing. He also called the XR's 6.1-inch edge-to-edge liquid crystal display "the most advanced LCD ever in a smartphone." Preorders for the phone start on Oct. 19.

The 5.8-inch XS and the 6.5-inch XS Max, which has the largest screen on an iPhone yet, both have OLED displays -- a newer, pricier technology than the LCDs on other iPhones. Users will also for the first time have a 512-gigabyte storage option.

The XS will start at $999, while the XS Max will be priced from $1099. Preorders start on Friday. Shares in the world's most valuable tech company were down more than 1% in late U.S. trading.

China, the world's largest smartphone market, has been a growth engine for Apple for years. But the iPhone's market share has stagnated at around 10%, as the company struggles to expand. Domestic players Huawei Technologies, Oppo, Vivo and Xiaomi claimed the top four spots in the second quarter of 2018 in China, gaining a market share of 82%, according to research company Canalys.

A similar market dynamic has emerged in other Asian markets. In India, the world's second largest smartphone market with 300 million users, Apple only has a market share of about 2%. The top three Chinese brands -- Xiaomi, Vivo and Oppo -- collectively control half of the market, according to data from research company IDC.

"For Apple, the market here is very small [comprising] the super-premium segment or ultrarich people of the society," Arvind Singhal, chairman of retail consultancy Technopak based in India, told the Nikkei Asian Review.

He expects the latest iPhone models to be received "with a big yawn" in India, where the iPhone X is sold at around 100,000 rupees, or $1,377. The vast majority of Indian workers earn less than $2,000 per year. 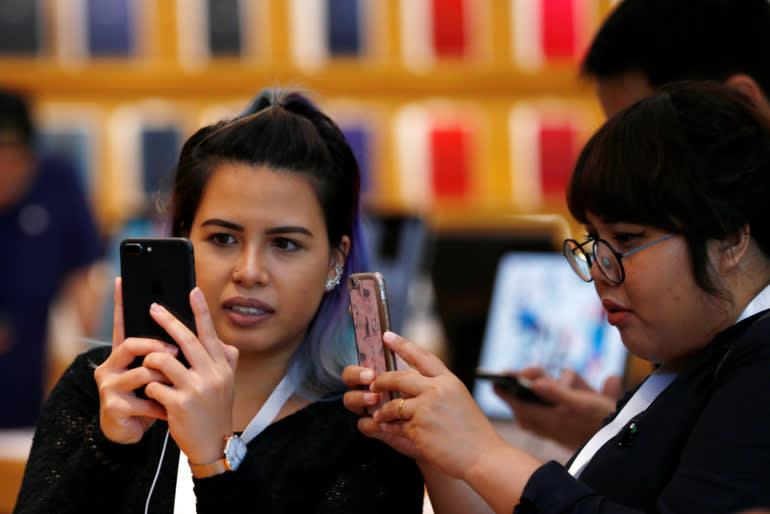 Enthusiasts try out the iPhone 8 Plus at an Apple shop in Singapore shortly after its launch in 2017.    © Reuters

In the five major emerging markets in Southeast Asia, namely Thailand, Malaysia, Philippines, Indonesia and Vietnam, Apple's market share fell from 6.5% to 4.5% between 2013 and 2017. Its Chinese rivals including Oppo, Vivo and Huawei grew their market share from 0.3% to 29.6% in the same period.

Some users say that apart from price, Chinese phones also have innovative features catered to the local population. "Oppo is not only cheaper but the camera is much better than the iPhone. It has a function that can make my skin look brighter," said Sek, a 27-year-old restaurateur in Bangkok who recently bought Oppo's R9s model for 10,900 baht ($330). "Pictures taken with an iPhone seem too real and it doesn't make me look nice."

Even in affluent Singapore, where Apple and its South Korean rival Samsung collectively claim a market share of over 70%, some Chinese brands are gaining ground with their quick adoption of the latest technologies.

Chinese smartphone sales surpassed 20% of the market for the first time in Singapore during the January to August period last year, according to German market research institute Gfk, up from 15% over the same spell in 2016.

Apart from slowing growth, Apple is also facing a bitter trade war between the U.S. and China, its largest markets. An escalation of tensions between the two will seriously threaten Apple's supply chain. The bulk of iPhones are assembled in China, the end point for components such as chips, camera lenses and panels delivered from foreign countries including the U.S. For now, smartphones and their components are not on the lists of goods subject to tariffs by the U.S. and China, but the situation could change.

Last Friday, U.S. President Donald Trump said tariffs covering an additional $267 billion of Chinese imports would be "ready to go on short notice," on top of taxes on $200 billion of goods announced earlier. The most notable targets for escalation would be electronics, especially a wide range of Apple devices.

This means Apple will be facing higher costs, which are likely to be transferred to consumers, analysts said. "The trade war definitely adds a lot of uncertainties," said Nicole Tu, an analyst at Yuanta Investment Consulting in Taipei.

She said some suppliers might have to move their factories outside China, and assemble the components elsewhere to avoid the levies. But even then, they could face additional costs from labor training to building logistics networks.

Another analyst sounded a more optimistic note, saying that Apple's high-profit margins may help it weather the storm.

"Even if punitive tariffs drive up production costs, Apple should still be able to absorb the surge in costs and sell iPhones at the same prices," said Flora Tang, an analyst at Counterpoint Research in Hong Kong.