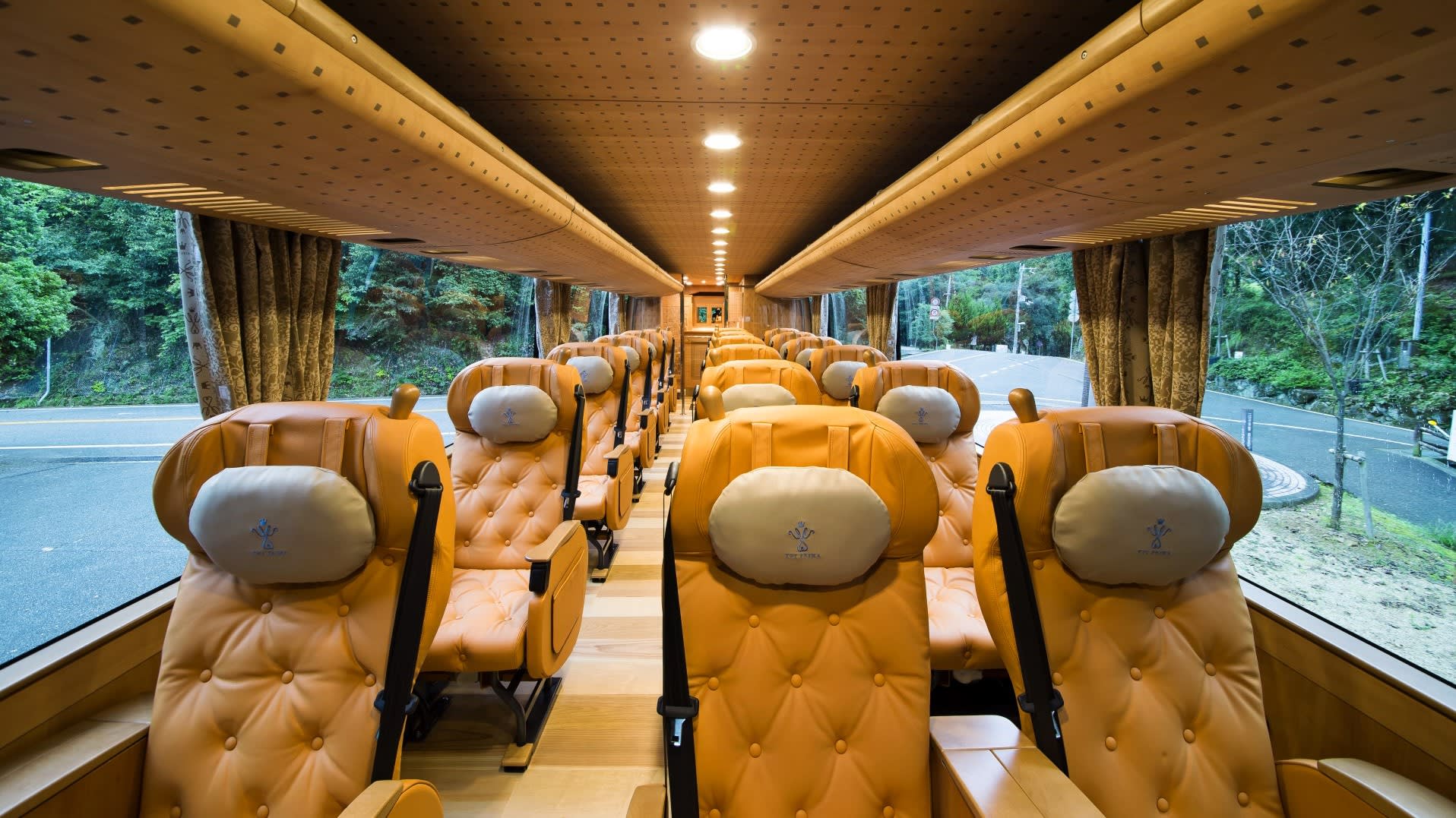 TOKYO -- Buses are going upscale in western Japan, as operators follow the example of luxury sleeper train tours that have become hot tickets.

Next spring, bus companies will launch sightseeing tours geared toward international visitors and wealthy seniors. The idea is to take passengers around the region's popular destinations -- including Osaka, Kyoto and Kobe -- in comfort and style.

Shinki Bus, a local bus operator based in Hyogo Prefecture, will launch a new tour package called Tabigakuto in April. The company has teamed up with Yado, a group of 34 traditional Japanese inns with a focus on omotenashi, or traditional Japanese hospitality, including Goshoboh, a long-established inn at the famous Arima Onsen hot spring resort in Kobe, Hyogo's prefectural capital.

The Tabigakuto bus will pick up tourists at major hubs in the region, including Kyoto, Osaka and Kansai International Airport, and take them to various locations around Japan. The overnight tour will be priced between 160,000 yen and 200,000 yen ($1,410 and $1,763), including accommodation and meals. It will be offered once a month.

Club Tourism International, based in Tokyo, is also set to launch its own luxury bus tour in April. In Tokyo, the travel agency introduced luxury bus tours this year. For tours in western Japan, the company will charter a bus apiece from two local bus operators, Nara Kotsu and Nara Kanko Bus.

Each bus has 17 luxury leather seats. Club Tourism will first offer tour packages for cherry blossom viewing in Nara and Kyoto, as well as overnight tours in the region. It then plans to expand the packages to include other tourist destinations across the country. Travelers can catch the bus in Osaka, Kyoto and Nara, as well as Osaka International Airport (Itami Airport) and Kansai International, among other places. The one-day cherry blossom viewing tour in Kyoto will be priced between 30,000 and 35,000 yen.