Niche businesses pop up to cash in on Japan's tourism boom 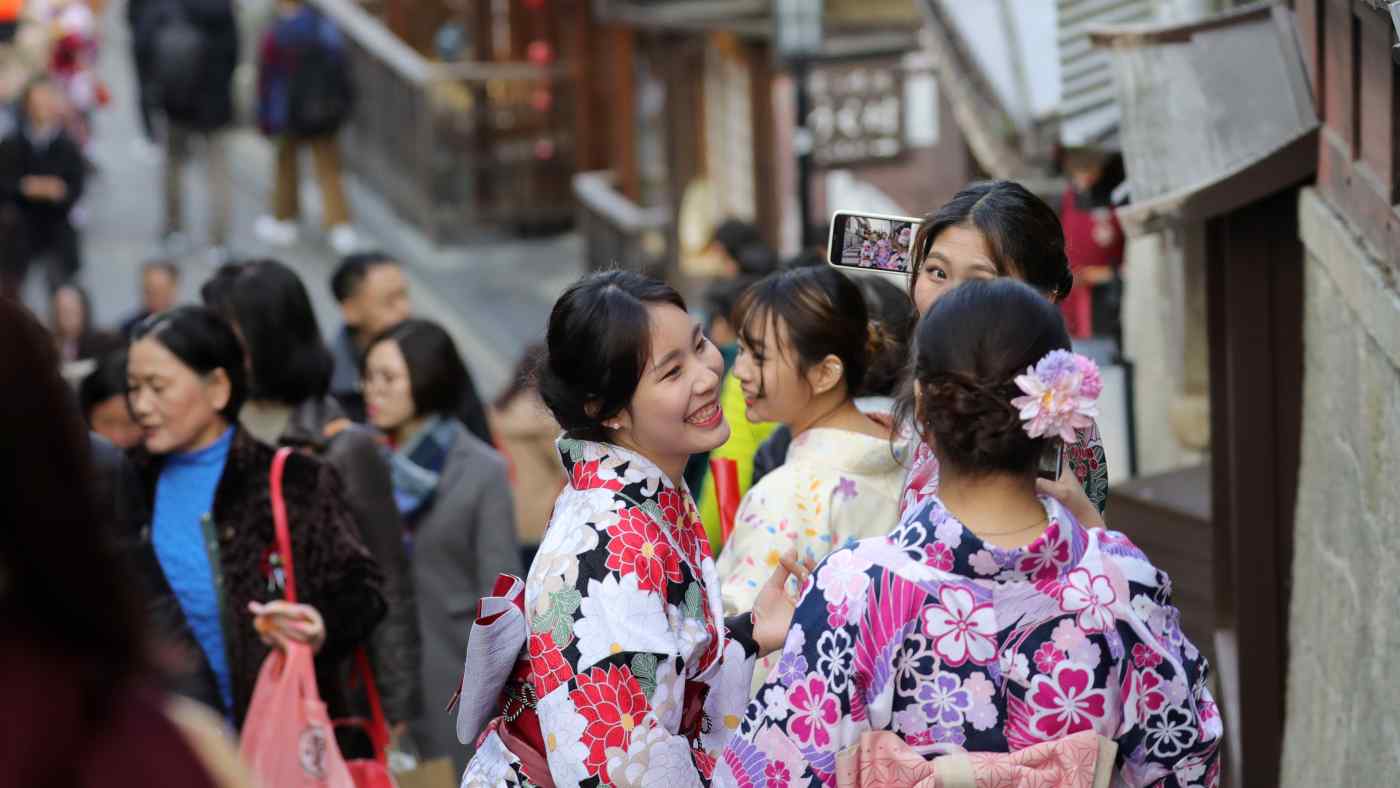 TOKYO -- From kimono rentals to luggage storage apps to language training, Japan's long tourism boom is giving rise to a growing number of niche businesses that cater to the needs of overseas visitors.

Japan has welcomed record numbers of tourists in recent years and their spending is increasingly important to the economy. Although there has been a drop-off as some South Koreans stay home due to a political quarrel with Japan, other visitors are likely to keep coming as the 2020 Tokyo Olympics draw near.

There is also a growing change in consumption patterns, as more tourists come to Japan looking for unique experiences, rather than for shopping. Companies that offer such experiences are flourishing.

"Our overseas customers have increased by at least 10 times over the past two years," said Toshiaki Itaya, media relations manager at Tokyo-based camper rental service Campingcar.

Most customers were Japanese when the business opened in 2015, but there were 80 reservations by foreign tourists in 2018, up from just nine in 2017. This year, as of mid-August, 140 reservations from overseas visitors have come in. Customers hail from all over and run the gamut from young couples in their 30s to groups in their 60s.

"They're cheaper than using buses and trains, and then staying at hotels," said Koki Miyashita, president of Carstay, which runs a rental camper booking website together with Campingcar. "They also give travelers more flexibility in planning their itinerary."

As more tourists make repeat visits to Japan, they enjoy the freedom that campers offer, rather than just sticking to train routes. 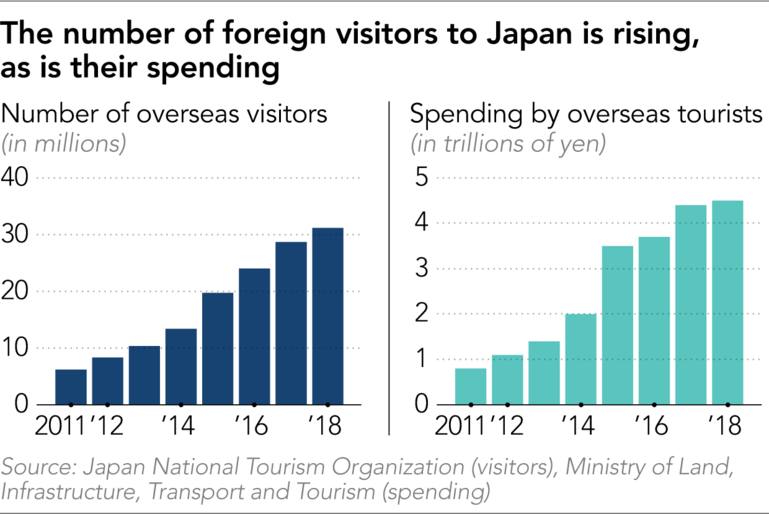 Many tourists come to Japan in search of personal experiences. Every year, more foreign couples are coming to Japan to get married in shrines and temples, a reversal of the bubble-era fad in which many Japanese had overseas weddings. As Japan's population ages and shrinks, the trend is a shot in the arm for the wedding industry.

One company, Watabe Wedding, has seen the number of photo shoots double in 2019 from the previous year in the popular resort town of Karuizawa, 170 km northwest of Tokyo. In early August, it opened a bridal salon in Beijing to meet Chinese demand. "Tourists tend to spend more, as many stay at our affiliate's hotels and rent expensive clothing," said a Watabe Wedding representative. Foreign tourists also often schedule weddings during the off season, or on days considered unlucky according to traditional almanacs. Many Japanese avoid having weddings on such days.

Kamakura Kimono Renal Fuji set up shop in the ancient city of Kamakura, southwest of Tokyo, four years ago. It now gets rental requests nearly every month from tourists who hear about the store on social media. "Authenticity-oriented" foreign nationals visit the shop, according to owner Miho Naito and her husband Ryo.

Tourists can enjoy strolling through the many Buddhist temples and Shinto shrines scattered about the city while wearing traditional clothes. Many come to the store just to take a commemorative photo. Recently, more female tourists, influenced by Japanese comics that feature high school students as protagonists, want to take photos wearing kawaii ("cute") school uniforms, said Ryo Naito. The store plans to begin renting out high school uniforms in the near future. Tourists from Thailand try on kimono while checking out cherry blossoms in Kyoto. (Photo by Ken Kobayashi)

As tourists' spending habits change, many companies are gathering data on what products and services they want. Wire and Wireless, a subsidiary of Japanese telecom KDDI, has set up more than 200,000 Wi-Fi connection points across the country to offer tourists free internet access. The company analyzes usage data to advise clients on how best to reach overseas travelers with advertising.

Similarly, Tokyo-based startup Wamazing distributes SIM cards to foreign tourists free of charge and then analyzes data on whether they are taking the train, highways or other means of travel, and what they buy to help companies advertise to tourists.

One company using that kind of data is Tokyo startup Ecbo. In January 2017 it launched a service that helps tourists manage their luggage. Customers use an app to input how many bags they want to store and for how long. The app matches them with cafes, karaoke booths and other businesses that want to rent out idle floor space.

Bags can be checked for 300 or 600 yen per day, depending on their size. Over 1,000 establishments have registered for the service and about 70% of customers are foreign nationals. CEO Shinichi Kudo said Ecbo is "looking for places that are likely to have demand, based on data." Railway companies are also trying to make it easier for travelers to stash their luggage by installing more and larger rental lockers in stations.

Alpha Locker System, one of Japan's leading locker manufacturers, in February rolled out the first update to its product line in 14 years. The new model's control panel offers five different languages and can give instructions on their use in text or verbal form.

With the Olympics only a year away, many companies are trying to overcome the language barrier. Okinawa-based Payke offers a service for retailers that allows foreign shoppers to scan a product's bar code to get information about the item. Over 1,200 companies have signed up for the service, which offers information in seven languages.

English school operator Nova Holdings is targeting companies that want their employees to better communicate with tourists. One client is Seibu Railway, which held training sessions for its 1,500 station workers to prepare them for the Summer Games.

Employees took three two-hour classes with about 10 other students in which they interacted with non-Japanese speakers and did role-playing. The goal was to boost their confidence so they will be able to "welcome foreign tourists rather than being scared by them," said Yohei Yabuki, who manages the railway's customer service department.