TOKYO -- Nippon Life Insurance is appointing a licensed actuary as president, it said Thursday, continuing a series of unusual executive appointments among Japanese finance players prompted by tectonic shifts in the business environment.

Tsutsui originally meant to step down in the spring of 2017. But the arrival of the Bank of Japan's negative interest rate policy in January 2016, part of its quantitative and qualitative monetary easing program, disrupted that plan. The Nippon Life president decided to wind up a three-year management plan through March 2018 a year early and form a new four-year plan through March 2021, a move that required putting off the succession by a year.

Before Tsutsui, Nippon Life went through two generations of defensive leadership: first with Ikuo Uno, whose presidency began in the late 1990s around the start of the Asian financial crisis, then Okamoto, during whose term a problem was discovered of insurance payouts slipping through the cracks.

But Tsutsui took Nippon Life through an aggressive business expansion, including ending a ban on mergers and acquisitions and purchasing smaller competitor Mitsui Life Insurance as well as the insurance operations of a major Australian bank.

The company also diversified its sales network. Much of its strength lay in its 50,000-strong national network of saleswomen, but rivals had begun making headway selling through banks and agencies. In a bid to respond, the company strove to keep saleswomen's morale up and expand its sales routes at the same time. It linked up with partners like mobile provider NTT Docomo and furniture seller Nitori Holdings, as well as purchasing insurance shops.

Even amid Nippon Life's bold expansion, however, its leading position was not entirely secure. Not only was it tripped up by negative interest rates, but its competitors from No. 2 on down began turning up the heat. 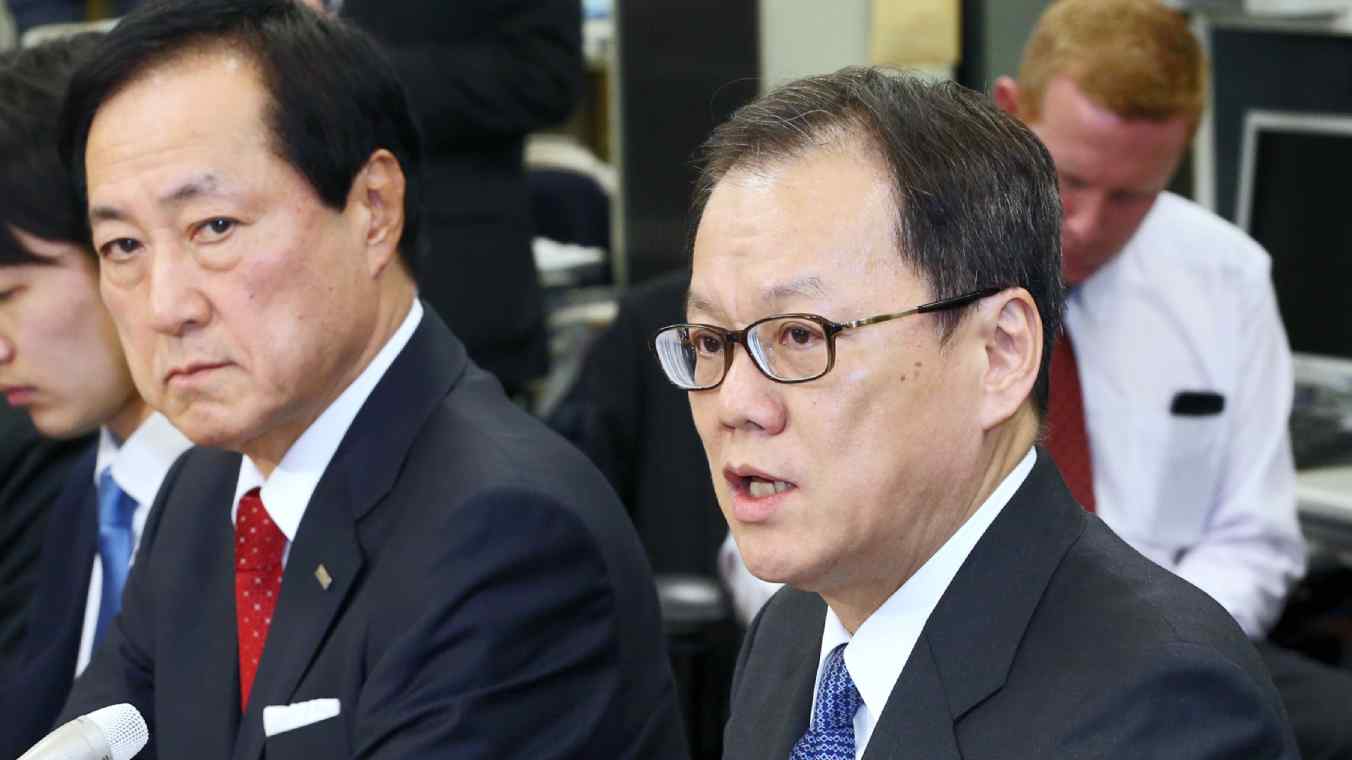 Golden age for 50-somethings at the helm in corporate Japan

In fiscal 2014, the company ceded a throne it had held for more than a century, falling behind Dai-ichi Life Holdings not in its total value of insurance in force, a measure of scale, but in receipts from premiums and other channels, effectively equal to sales. Dai-ichi Life scored on the strength of its purchases of overseas insurers as well as heavy expansion of sales via agents at banks.

Nippon Life reclaimed the crown the following fiscal year, but the listing of Japan Post Insurance in 2015 showed that the leader still could not afford to let its guard down.

Unlike banks, life insurers manage long-term contracts and accordingly operate in the long term. Changes in the environment can take a long time to affect earnings or other metrics. But negative interest rates have without a doubt ended insurers' ability to earn stable income by investing collected premiums in government bonds. Five or 10 years down the road, the impact will be felt.

Last April, the Japanese life insurance industry revised rates for insurance products, and this year it is set to revise the life tables based on which products are developed. Amid two consecutive years of significant change, skilled product development could well have a direct impact on the balance of competition. And though Nippon Life's incoming president has not served on the front lines as a branch manager, Shimizu does have experience leading product development.

In April 2017, Dai-ichi Life appointed its youngest-ever president, the 54-year-old Seiji Inagaki. This April, just as Shimizu takes office, Mizuho Financial Group will for the first time promote a president of Mizuho Securities, Tatsufumi Sakai, to its presidency. Last year, Sumitomo Mitsui Banking Corp., a lender strong in domestic operations, appointed a president who came up through the international field. All these outside-the-box appointments apparently reflect the same environmental shifts that have brought Shimizu to the top of Nippon Life.