TOKYO -- Abandoning the long-standing business practice of hand-stamping documents is among the changes Japan's ruling party is pushing as the coronavirus pandemic forces people to work from home.

A Liberal Democratic Party task force on Monday submitted a list of recommendations that would help businesses, health care facilities and schools operate online as Prime Minister Shinzo Abe prepares to declare a state of emergency.

Many businesses and local governments require official documents to have a hanko seal -- used in Japan instead of written signatures -- affixed in person and on paper. This has hampered a shift toward telework.

The requirement extends to employment verification documentation that parents must submit to day care centers, the LDP pointed out. It urged companies and government offices to reevaluate those procedural requirements.

"We need to accelerate efforts to change rules to match a digital society," LDP lower house member Yasuhisa Shiozaki, who heads the task force, told reporters after handing the recommendations to Abe. 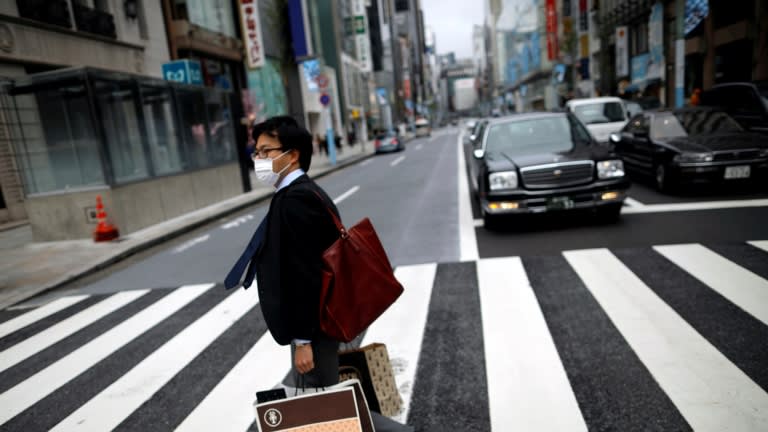 A man in a suit walks across a street in Tokyo. As people are urged to work home, the practice of stamping hanko seals on official documents has become impractical.   © Reuters

The recommendations also called for better support for online learning so that all schools can move classes online if necessary. The Ministry of Education, Culture, Sports, Science and Technology wants each elementary- and middle-school student to have a computer by fiscal 2023, and some in the LDP want the target pushed forward.

Just 27% of respondents to a March poll by Nomura Research Institute said their grade schoolers participated in online classes while schools were closed. Sixty percent said they were interested in online learning even without the virus.

The LDP also called for doctors to give consultation to even first-time patients online.