Stores in Japan are attaching more value to the experience and availability of their elderly employees, who are helping them cope with the country's worsening labor shortage.   © Reuters
Nikkei staff writersSeptember 19, 2018 14:05 JST | Japan
CopyCopied

TOKYO -- Home improvement retailers and supermarket operators in Japan are bolstering their employment of seniors by letting them stay on the job longer.

Cainz, which operates home center chains handling mainly do-it-yourself products, has introduced a system allowing part-time workers to continue working beyond the retirement age of 65. The company is also working to keep employees aged 80 years and older in the payroll.

Companies are struggling with labor shortages caused by Japan's shrinking and graying population. The situation is made worse by the country's ban, in principle, on hiring foreigners for manual labor.

Although the government in June announced a plan to let foreigners work unskilled jobs, it will be some time before it can eliminate the understaffing issue.

The government currently obliges employers to let workers stay on until 65 if they wish. Some retailers have taken a step beyond and boosted their senior employment.

Cainz, based in Honjo, Saitama Prefecture, about 100 km north of Tokyo, is targeting roughly 18,000 part-time, contract and other non-regular workers with the new policy. 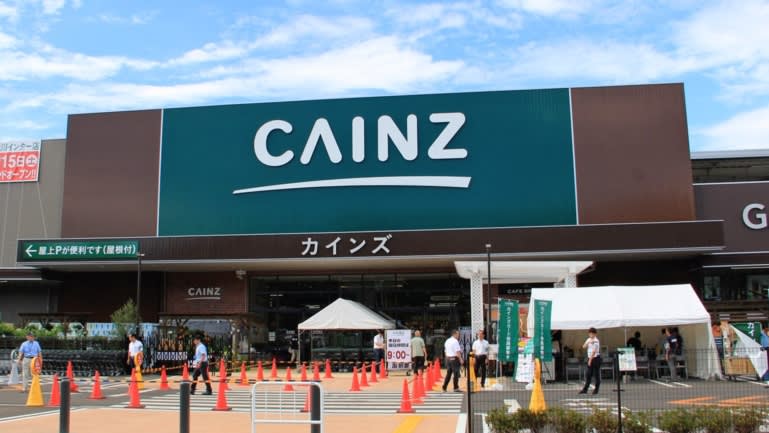 Home center chain Cainz is looking to plug holes in its labor force by encouraging workers even past the age of 80 to continue working.

The company anticipates acute labor shortages in the medium term as it looks to increase the number of new openings. It therefore will convert all part-time workers into non-fixed-term from fixed-term contract workers by the end of this month, and extend their retirement age to 65 from 60. Those who are past 65 years old will also be allowed to continue working when a contract is updated every year.

The hourly wages of the part-time workers will remain the same.

For hardware outlets, which sell a wide range of products from DIY goods to everyday miscellaneous products to home appliances, the extensive experience and knowledge of elderly employees are valuable. Cainz currently employs 10 part-timers who are over 80 -- having made special arrangements to retain these expert workers.

Japan's revised labor contract law requires employers to turn the termed contract of their nonpermanent workers to "indefinite-term" types after the employees have worked at the company for five years.

The Japanese retail sector is directly hit by the country's serious labor shortage, and supermarket chains as well, desperate to retain their part-time workers, have begun to shift their termed employees to working under indefinite-term contracts even before the workers reach the five-year deadline.

In addition, Life Corp., a supermarket chain operator, in May raised the age ceiling for its part-time workers to stay after retirement to 75. The ceiling used to be 70 years old.

A similar improvement in elderly hiring has been already in place at another supermarket chain, Summit. As of June this year, workers at 65 or older accounted for 12.6% of all Summit part-time workers.

In Japan, many companies "rehire" employees after they reach retirement age but typically under less attractive conditions -- "rehired" workers are usually paid less than they earned before.

A 2017 study conducted by Japan's labor ministry found that about 80% of businesses surveyed had taken such measures to retain elderly workers. Only 2.6% of respondents have abolished the retirement age itself.