Retailers forced to rethink strategy as Alibaba and others drain customers 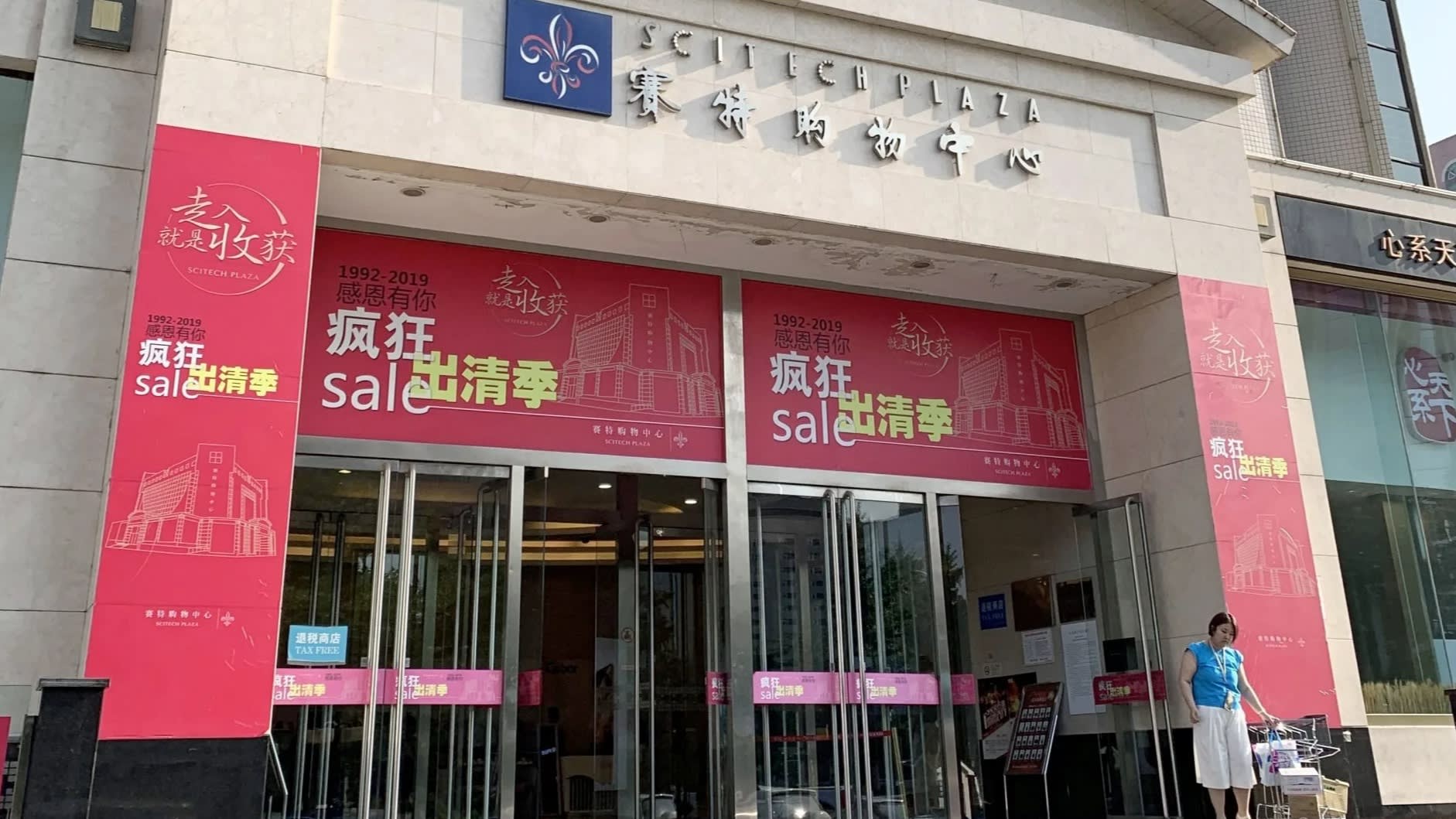 BEIJING -- Much like their counterparts in other countries, department stores in China are being hammered by the online shopping onslaught led by Alibaba Group and other internet giants.

Customers at Saite Shopping Center, a department store that first opened in 1992, were greeted in June with a sign advertising its going-out-of-business sale through the end of the month.

Saite had been a joint venture between a local partner and Japanese retailer Yaohan, which went bankrupt in 1997. Even after Yaohan pulled out of the business in 1994, the store continued to thrive, offering a large assortment of foreign brands that were hard for Chinese to come by in those days.

But as competition heated up, customer traffic tapered off and sales began to drop, forcing the store's most recent operator, Wangfujing Group, to finally throw in the towel. Saite was sold off to a major real estate company, which will partner with another entity to run the store.

Another fixture in the department store sector also went down in June, as a Chinese court put Tianqiao Department Store up for auction to pay off creditors. The store opened in 1953 and became the first shareholder-owned company in China in 1984.

The troubled business had recently put itself up for sale but investors were apparently put off by the minimum asking price of about $65 million.

Some department stores are fighting back. Japanese retailer Ito-Yokado, which opened its first store in Beijing in 1998, is rethinking its entire Chinese business strategy.

"We cannot beat e-commerce players if we keep operating stores that only sell goods," said a senior executive. "We need to turn our stores into places where people can enjoy other activities besides just shopping."

After successfully running as many as nine stores in the capital, Ito-Yokado fell on hard times, closing all but one of its locations by 2017. Customer traffic plummeted to between 5,000 and 6,000 shoppers per day, with 60% of people in their 40s and 50s.

To turn things around, the retailer transformed itself into more of a go-to leisure venue rather than a traditional store. It invited a popular tapioca drink shop to open on its premises, along with the operator of a gym. To make the shopping experience more pleasant, 480 seats were installed around the complex where people can take a break.

These measures have reduced Ito-Yokado's own floor space by 40% but customer traffic has doubled. Importantly, the venue is attracting a younger crowd, with 65% of visitors in their 20s and 30s. Purchases at Ito-Yokado have also grown 10%.

But while the current situation offers a brief respite from past troubles, the overall picture is still not as rosy as the company paints it: About half the venue's 20,000 daily visitors do not go into shops.

"We now need to do more to get customers into the stores," said the Ito-Yokado executive.

Whether the company can stop the bleed from e-tailers could tell much about the fate of other department stores and brick-and-mortar outlets in the country.