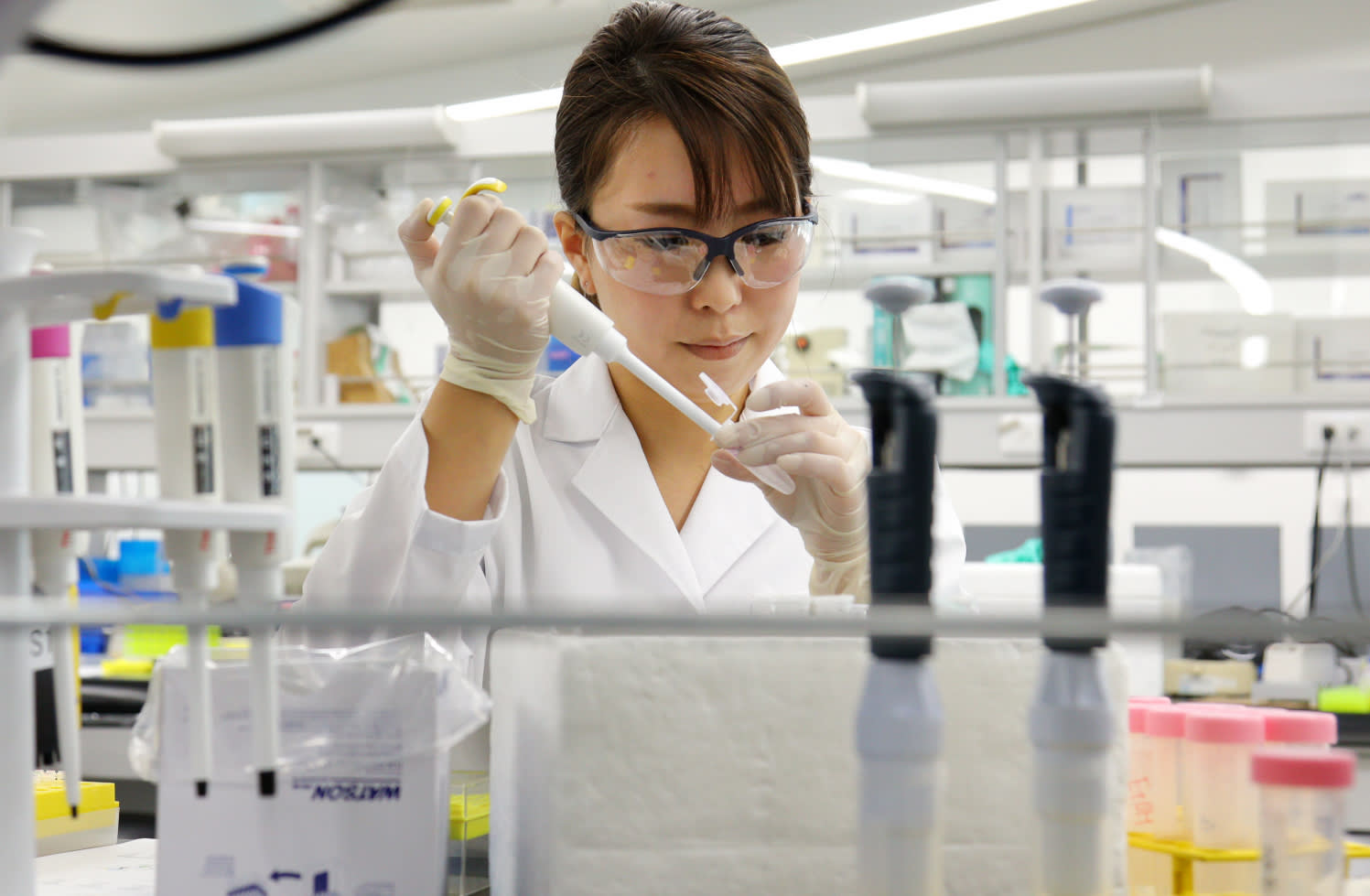 TOKYO -- "Researcher" has become the most popular future career among Japanese boys for the first time in 15 years, possibly thanks to beefed-up science education at schools and a recent streak of Nobel Prizes won by Japanese scientists, a Daiichi Life Insurance survey has found.

The results, released on Jan. 5, offered a bright spot for a country where creating new technology-based industries is a key challenge. However, there is one unfortunate reality facing this profession: the gap between the worlds of academia and industry.

Tsuyoshi Ito, managing partner of Tokyo-based venture capital company Beyond Next Ventures, argues that many technologies owned by Japanese universities have not yet made their way into society despite their potential. 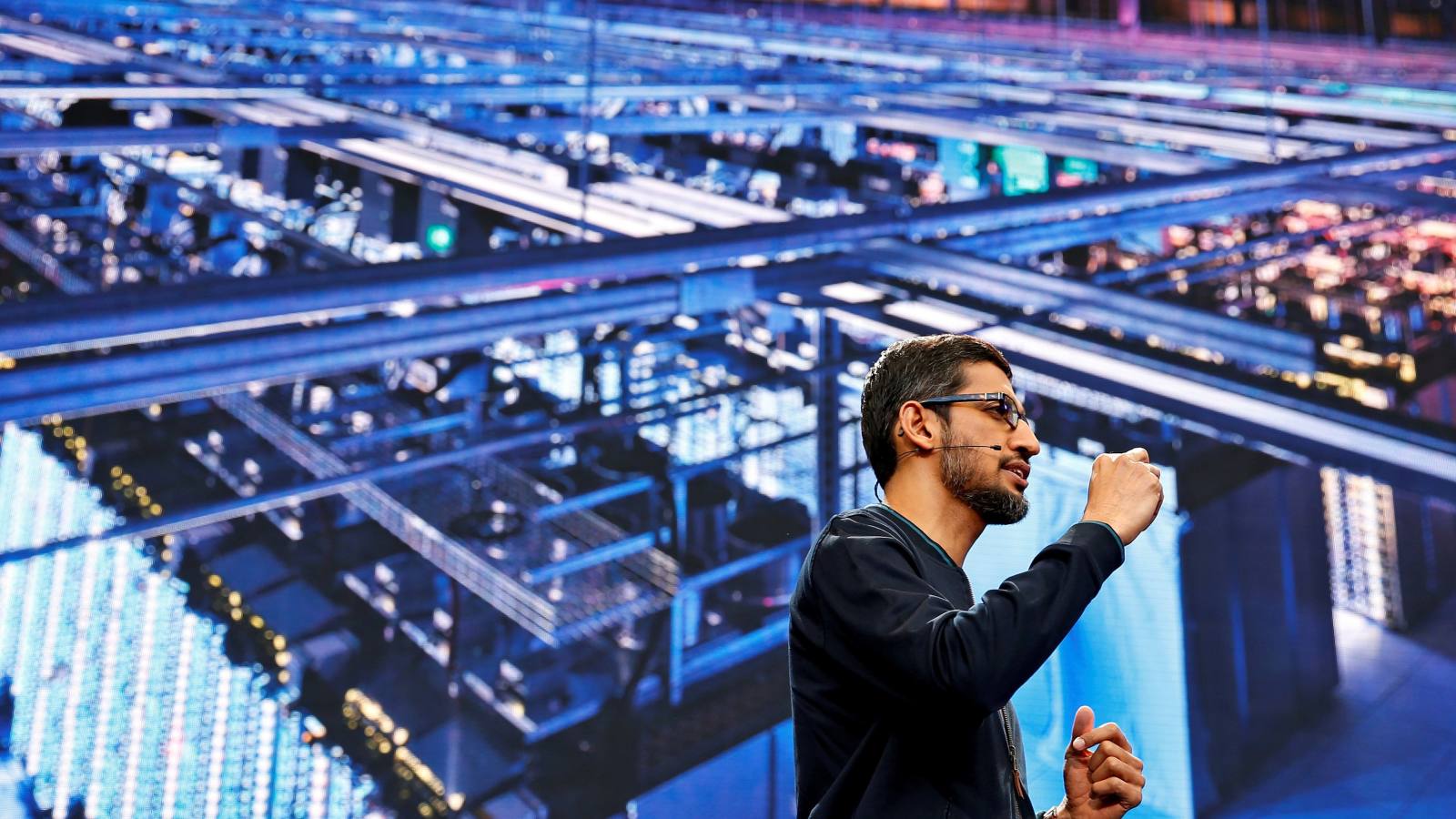 But why did his idea hit the market from Canada instead of Japan?

Nishimori explained that this stemmed from his feeling that in Japan he was confined to a small and closed community without a network of industry people to help commercialize his research.

Strong ties between academia and industry tend to promote innovation. Even in the competitive information technology sector, successful and promising companies are intent on developing relationships with universities and researchers. 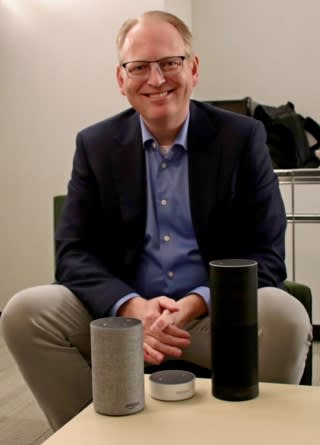 David Limp, senior vice president for devices and services at Amazon.com, poses with some of the company's conversation AI devices. The company has opened up its technology to students.

David Limp, senior vice president for devices and services at Amazon.com, said that the company is open to the idea of partnering with educational institutions around the world. Through the partnership, he said, the company will give institutions access to its technologies while incorporating their findings.

Amazon will next month hold its annual Alexa Prize competition for university students on conversational artificial intelligence. This type of AI is currently a focus of intense research at the company. Participants have Amazon product users try out their ideas.

Microsoft of the U.S. has 10 laboratories around the world and employs more than 1,000 postdoctoral researchers.

Dr. Hsiao-Wuen Hon , managing director of Microsoft Research Asia in Beijing, said that Microsoft researchers have the freedom to study whatever field they like, including energy, finance and traffic. From time to time, there are exchanges of researchers with universities. 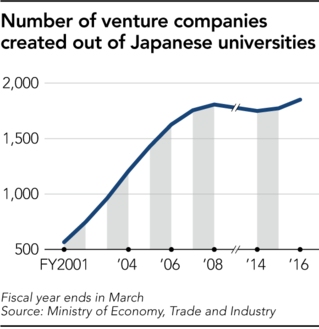 Elsewhere in the world, France's Go Touch VR was founded by a group of university researchers and others. The company handles a wearable ring device capable of moving an "object" in a virtual reality space and creating touch sensations.

CEO Eric Vezzoli said that although he loves academia, research findings have to be commercialized for them to have a real impact on society.

Go Touch VR is seeking feedback from customers through an exhibition at this year's Consumer Electronics Show and other means, as well as boosting its ties with universities. The company has also come to Japan in search of prospective partners.

Calls for further boosting industry-academia cooperation in Japan have yet to bear fruit. So there should be plenty of room for innovation if the match was good.

The Japanese bio venture company PeptiDream, which is listed on the Tokyo Stock Exchange's first section, owns a drug development technology created by Hiroaki Suga, a professor of chemical biology at the University of Tokyo. But the company has other competitive edges.

One is the company's co-founder Kiichi Kubota, who once worked for Nissan Motor and SRL, a Japanese company that provides clinical laboratory testing services. PeptiDream's business model includes cooperation with pharmaceutical majors in Japan and abroad.

The campany that brought Suga and Kubota together was venture capital the University of Tokyo Edge Capital, according to company President Tomotaka Goji.

The biggest challenge for venture companies that emerge from universities is, Goji said, "building a powerful team."

He has found that businesses started by researchers tend to downplay the nuts and bolts of management.

Honda Motor and Sony are good examples, Goji said, of the power unleashed by cooperation between technology and management experts.

Open to the outside world Go Touch VR was established out of a desire to apply research results to society.

Since a Ministry of Economy, Trade and Industry-led plan to raise the number of university-launched venture companies to 1,000 began in fiscal 2001, these companies now total nearly 2,000.

However, one thing is certain -- quality matters more than quantity.

Beyond Next in 2016 began a two-month program targeting researchers in medicine, robotics and other areas to teach them skills and knowledge needed to commercialize their findings by introducing people who are informed on doing businesses.

Those on the business side are also craving the academic knowledge.

The company last month held an event at which researchers presented their findings. It was attended by about 100 representatives from major companies looking to find investment destinations and partners.

The company cannot deal alone with a massive project involving research and development, and in some cases it wants to work together with researchers. One Abeja adviser, Hitoshi Matsubara, vice president of Future University Hakodate, described his connection with Abeja as "stimulating." "I can obtain interesting information such as which industries are taking an interest in AI," he said.

Matsubara said he felt that "faculty members need to change their mindset."

He believes that the attitude that academia is superior to the private sector should be abandoned, and added that there should be two-way personal exchanges between universities and companies.

Under the slogan of "open innovation," the distance between large established and venture companies has started to narrow in Japan. This trend should be further strengthened to make R&D jobs even more appealing to researchers of the future.