China joins effort led by the US, EU and Japan despite opposing free data flow 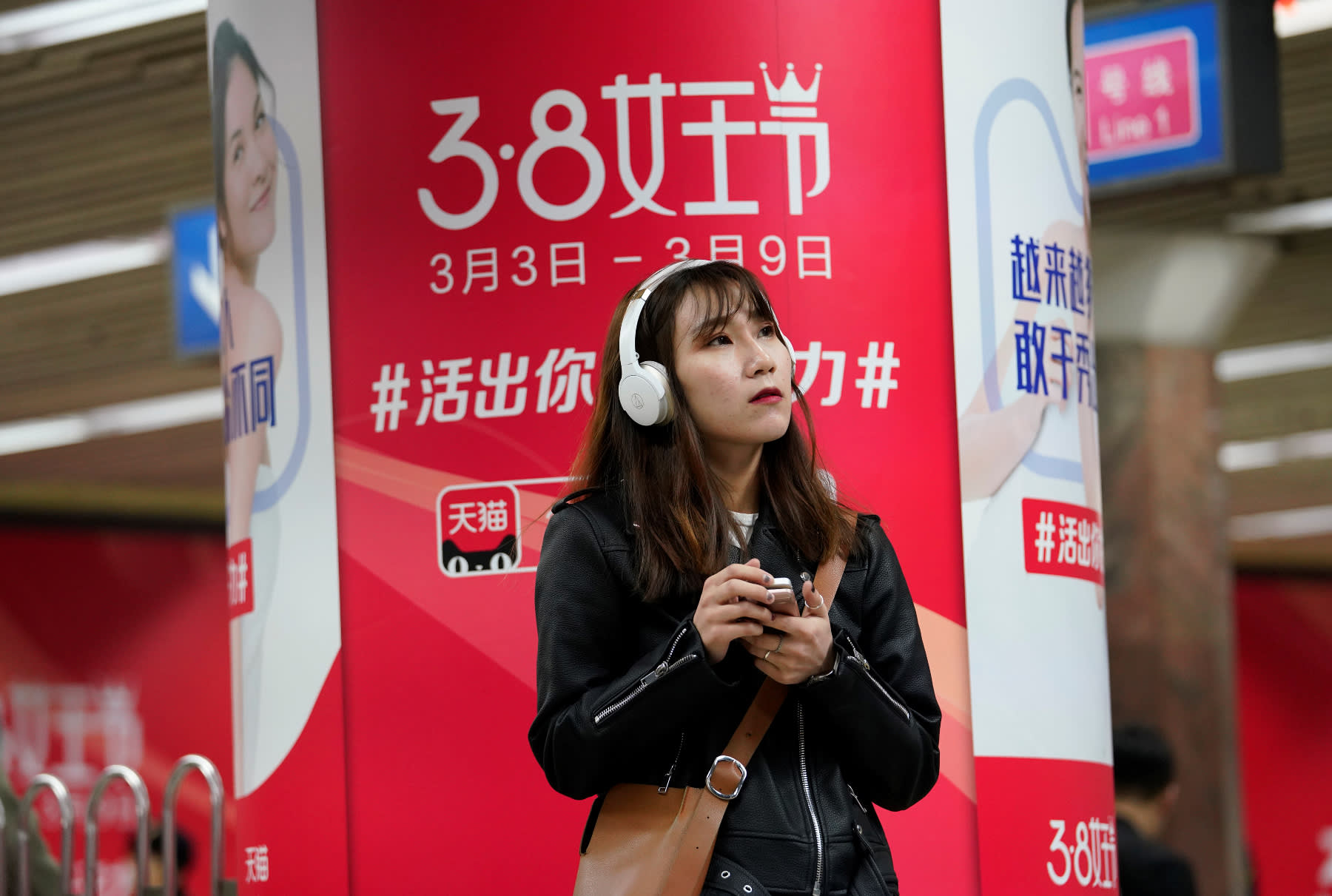 China is home to leading e-commerce companies like Alibaba, whose advertisement for its Tmall is seen here in Beijing. It likely aims to participate in the effort to create favorable rules for itself despite its restrictions on data flows over its borders.   © Reuters

DAVOS, Switzerland -- Over 70 countries and regions -- including the U.S., the European Union and Japan -- have agreed to create international e-commerce rules to govern the flow of data across borders, but differences with China will likely weigh down talks.

"We confirm our intention to commence World Trade Organization negotiations on trade-related aspects of electronic commerce," ministers from 76 WTO members said in a joint statement Friday after their closed-door meeting here.

"We will seek to achieve a high standard outcome that builds on existing WTO agreements and frameworks with the participation of as many WTO members as possible," the statement added.

Agreed-upon rules will be implemented as early as 2020 by participating countries.

The global market for e-commerce is forecast to approach $1 trillion in 2020 as online sales continue to grow, yet the world lacks shared rules for these transactions. Compliance with separate regulations for each country and region has become a significant burden for companies and a hindrance to expanding their operations.

The talks, set to start this summer, will focus on the international transfer of corporate and consumer data associated with e-commerce. The U.S. and Japan are pushing for free flows of information, saying companies should be allowed to bring data back home for analysis. They are also calling for governments to be banned from requesting corporate secrets.

These proposals were made with an eye toward China, which is strengthening its digital protectionism. Beijing currently bans foreign companies from transferring Chinese consumer data outside the country and forces them to disclose source codes for software. It also demands that these companies keep servers in China.

The European Union also differs from Japan and the U.S. with its emphasis on privacy protections, which culminated with the passage of its General Data Protection Regulation in May. The law essentially prevents transfers of personal data outside the bloc.

The EU had taken the lead on regulations for e-commerce and tech companies when it unveiled its digital single-market strategy in 2015.

Other topics to be discussed will include eliminating tariffs for content like movies and music, as well as promoting electronic signatures to improve the efficiency of customs work, which is piling up as online shopping becomes more prevalent.

Despite its passive reputation in international frameworks, China has also decided to participate. Its representative said Friday that the development of e-commerce is necessary for economic growth. Although Beijing is opposed to the free flow of data, "it is upbeat about simplifying customs procedures," said a source at the meeting.

China is likely aiming to be a leader in the negotiations in order to create favorable rules for itself and participate in pragmatic international arrangements. The country is home to leading e-commerce companies like Alibaba Group Holding.

With the U.S. and China competing for dominance in the digital economy, tensions have led Washington to curb the transfer of American information to foreign countries by restricting foreign mergers and acquisitions through the National Defense Authorization Act of 2018, despite the White House campaign for the free flow of data.

Rules covering the entirety of the WTO's 164 member nations and regions have not proceeded due to clashing interests between advanced and developing countries. WTO Director-General Roberto Azevedo said that while there are some rules that require the consent of all members, there are others that do not, and that starting negotiations with voluntary participants is a positive trend.

Japan suggested in late 2017 that countries desiring e-commerce rules should first find the greatest common denominator among them to move past competing interests.

The problem of dealing with cross-border e-commerce has been a recurring one for the international community. The WTO first discussed electronic commerce in 1998, debating how to tax these transactions -- an issue that touches on the sovereignty and wallets of nations.

A meeting of WTO ministers that year agreed not to tax data or digital content sent across borders. The Organization for Economic Cooperation and Development also agreed that year to only tax goods in the country where a transaction was made.

Roughly 20 years later, the scope of issues in the digital economy is widening to include the enclosure of information and privacy, as the importance of data beyond content increases. The concentration of data in companies like Google, the enclosure of data by countries like China, privacy protections and the free flow of data are all issues that the international community is struggling to balance.