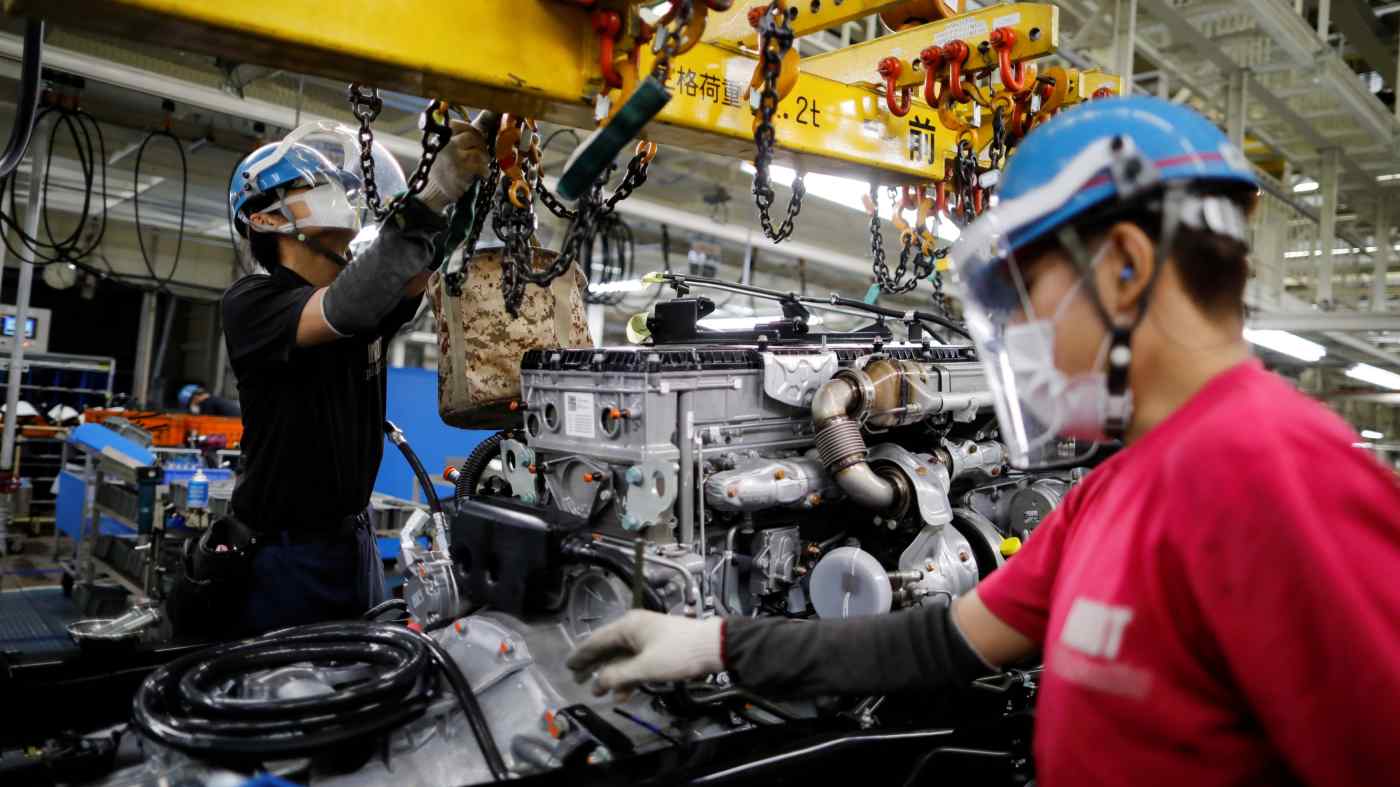 TOKYO -- More than 80% of companies with factories in Japan have begun diversifying their supply chains, a recent Nikkei survey has found, as the coronavirus pandemic and other disruptions highlight the risks posed by highly streamlined production processes.

Of the 94 that owned a factory in Japan, 84% said they had already started to review their supply chains in response to the coronavirus pandemic.

The result largely mirrored that of a similar survey in May 2020 soon after Japan's first wave of infections during which 72.1% of respondents said they would need to review their supply chains in the future.

Lockdowns and business closures caused by the coronavirus brought production to a halt in China and elsewhere during the early stages of the pandemic. Many automakers were forced to cut production due to a lack of parts, while supplies of masks and medical equipment were depleted across the world.

"The pandemic was an opportunity for us to reexamine how dependent we'd become on certain regions," said Isao Teshirogi, CEO of drugmaker Shionogi. "Moving forward, we aim to look not only at costs, but also at striking a balance in terms of quality and supplying items from multiple countries."

The pandemic was just one of many setbacks manufacturers have endured since 2020. Once demand in China recovered from a coronavirus-induced chill, companies started to experience a shortage of semiconductors, exacerbated by the trade war between the U.S. and China.

In February, power outages caused by Arctic temperatures in Texas knocked out production of plastic parts. In March, a grounded cargo ship stopped traffic on the Suez Canal, one of the world's most important sea lanes, for nearly a week.

"We cannot offset every single risk in the world by globalizing supply chains, but we can bolster our ability to recover from a crisis," said Fujitsu CEO Takahito Tokita.

Of those who said they were revising supply chains in the March survey, 39.4% said they were curbing their dependence on any one single market, while 38.3% said they were working to be able to tap different suppliers as needed. Respondents were allowed to state more than one answer to the question.

Companies from a variety of industries have signaled their flexibility. Toto will prepare for potential economic shutdowns in Japan and other countries in its supply chain by finding alternatives to their current suppliers, subsuppliers, and the subsuppliers' suppliers. Subaru will build a new transmission factory in the U.S. in 2023 so it can assemble cars in the country without relying on Japanese-made parts.

Other survey responses indicating a break from past practice included increasing inventory, at 29.8%, and procuring more supplies for production facilities in their local countries, at 22.3%.

Such efforts run counter to conventional streamlining techniques designed to boost efficiency and cut costs. But "when you consider the rise of protectionism and other factors, it's important to create businesses that are self-sufficient within their own country or region," said Hitoshi Ochi, former CEO of Mitsubishi Chemical Holdings.

Nevertheless, the surveyed executives overwhelmingly expressed optimism about the global economy. While the percentage of those who believed the economy was currently growing remained roughly flat from a December survey at 49.3%, 90% said they expected growth in six months, up 12 points from the previous poll.

The most cited reason for the expected comeback was a recovery in the U.S. economy, at 84.9%, followed by an easing of COVID-19-related restrictions, at 84.1%.

In addition, 77.6% believed the coronavirus pandemic would come to an end in 2022 or earlier, down 13.4 points from December.

"Economic recovery depends on the effectiveness of vaccines, and how quickly they can be administered," said former Itochu President Yoshihisa Suzuki. "Potential side effects [to vaccines] could become an issue."