Philippine e-payment apps bank on Alibaba and Tencent for growth 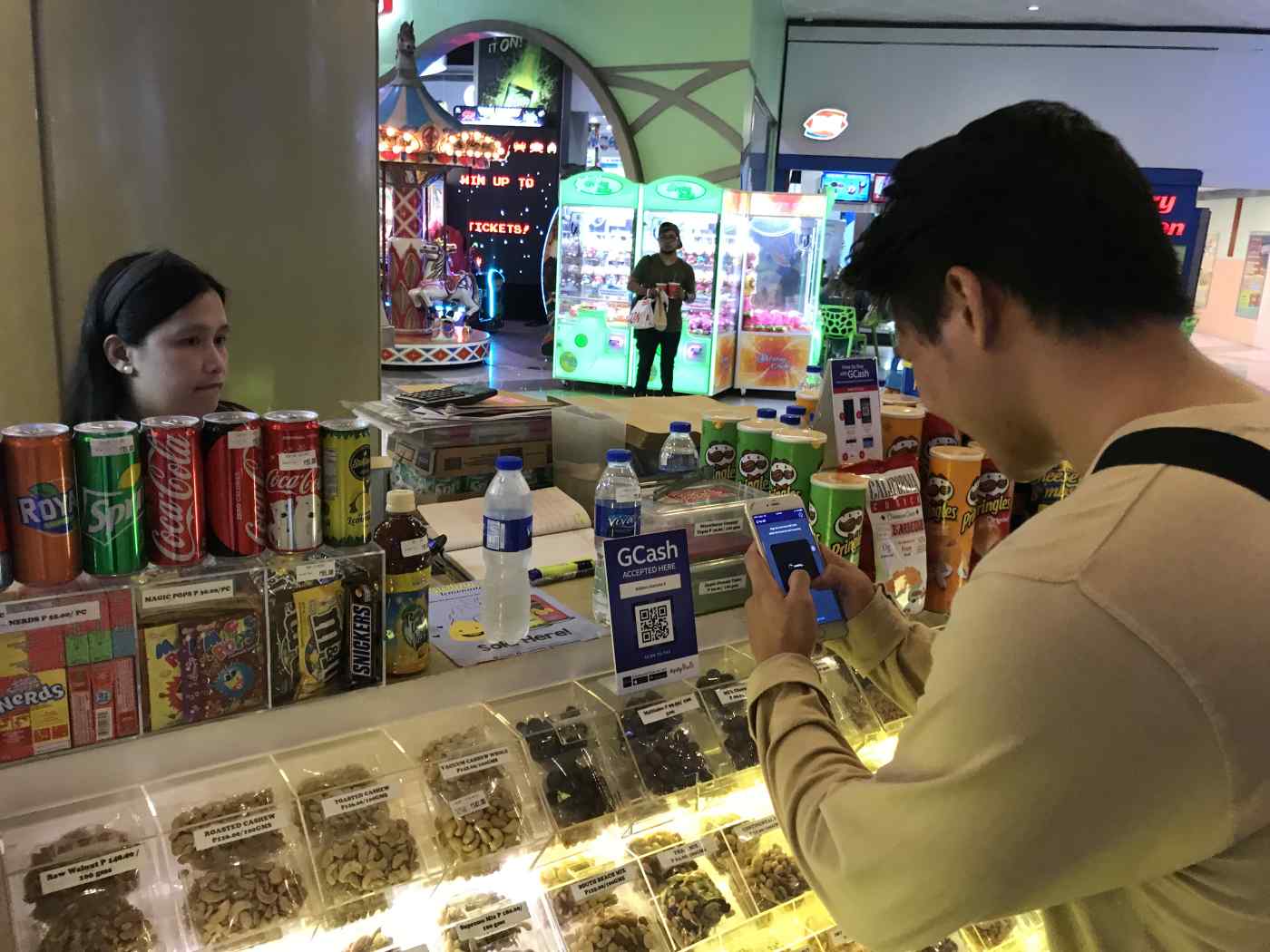 A customer scans a GCash QR code at a store in the Philippines. A survey last year found that 46% of bank account holders with internet access hesitated to use e-payments, and 58% feared hacking and data theft. (Photo by Cliff Venzon)
CLIFF VENZON, Nikkei staff writerDecember 27, 2018 06:22 JST | Philippines
CopyCopied

MANILA -- In early December, employees of Philippine financial technology startup Voyager Innovations gathered for a town hall meeting to hear from the company's new foreign owners -- including China's Tencent Holdings, which has ambitious plans for the Southeast Asian market.

"Their main message was: You guys have a great road map. We are not here to tell you how to run your business, but we want to support you properly," said Paolo Azzola, chief operating officer of Voyager's payment app unit PayMaya Philippines.

Tencent joined U.S. private-equity firm KKR and World Bank arm International Finance Corp. in Voyager's recent maiden fundraising round, which raised $215 million -- the largest take so far in the country's fintech industry. The deal gave the trio a more than 50% stake in the company.

This was not the first Chinese bet on the Philippines' mobile-payments potential. And the tech investors' impact is already helping spread the use of e-payments in a country still hooked on cash transactions. The twin deals show that Alibaba and Tencent have taken their quest for Southeast Asian e-payments supremacy to the Philippines -- one of the first countries in the world to launch mobile-payment services -- only to see little progress in making them mainstream.

As early as 2001, when the volume of text messages in the Philippines was topping world records, forerunner Smart Money started offering mobile money services, followed by GCash in 2004. Their owners were telecom companies -- PLDT and Globe Telecom -- eager to capitalize on the millions of Filipinos who have no bank accounts but have mobile phones.

Both fintech units have moved away from their original telecom creators, which came under intense financial pressure to continue funding the loss-making startups. The investment deals reduced PLDT's stake in Voyager to less than 50% and Globe's stake in Mynt to 45%. The payment app developers are now looking to Alibaba and Tencent for technical expertise to help them achieve the kind of explosive growth experienced by Alipay and WeChat Pay, China's most widely used payment apps.

GCash has managed to approach Alipay's growth since the company introduced a QR code feature last year, which lets users pay by scanning a code displayed at retailers and other establishments. Alibaba founder Jack Ma Yun himself attended the launch event.

The new service tripled GCash transaction volume and doubled the number of registered users to 12 million during the last 12 months, said JM Aujero, the vice president for merchant solutions and sales at Mynt.

GCash has installed QR codes at 30,000 establishments, including stores, barbershops and restaurants. But Alibaba wants wider coverage, which fueled its growth in China.

"Let's just say 1 million [merchants] is a number that they are not joking about," said Aujero, who aims to achieve that level in five years, when GCash hopes to have covered half of the Philippines' population of roughly 100 million.

At PayMaya, similar guidance has been given by Tencent. "They will help us make our platform more stable so we can scale from millions of users to tens of millions of users," said COO Azzola.

The new investors want PayMaya to penetrate half of the Philippines' adult population, or 40 million users, by 2022, making the previous goal of 30 million now a minimum target. PayMaya will also roll out QR codes in retail and service establishments including fresh food markets, but will also work on connecting users to their sources of money, such as linking company payrolls with the PayMaya app, Azzola said.

The great ambitions come with great challenges. Filipinos, like their Southeast Asian peers, love cash and distrust e-payments. Cashless transactions grew just 0.8% to 481 billion pesos ($9.04 billion) last year, making up 1% of the total, according to the nation's central bank.

A survey by the bank last year found that 46% of online payment account holders were hesitant to use e-payments, and 58% of them were fearful of hacking and data theft. The rest said they were not aware of payment platforms, or were reluctant to use them because of slow internet connections, a notorious problem in the Philippines.

One of the doubters is 28-year-old chemical engineer Diamaden Salinding, who is among the 64% of Filipinos who have a bank account but prefer cash. "I am not familiar with [mobile wallets], and I find it inconvenient to go out and put money into the account," he said. 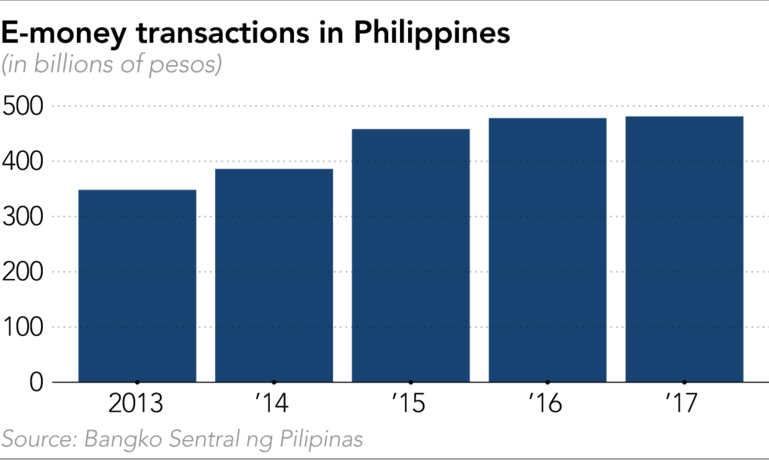 But early this year, the central bank paved the way for real-time money transfers between banking institutions and electronic-wallet issuers like PayMaya and GCash to bring more people into the financial system and boost economic growth. Only 34.5% of adult Filipinos have bank accounts, the lowest among the five largest economies in Southeast Asia, yet 60% have smartphones.

Relaxing regulations also means intensifying competition. Ride-hailing app Grab recently won a license from the central bank to offer mobile-payment services, while its Indonesian rival Go-Jek is expected to do the same when it enters the Philippines.

Mynt's Aujero said mobile wallets facilitated less than 1% of over-the-counter consumer payments in the Philippines last year. "The pie is too big for us to look at it as a competition," he said. "For us, the real competitor is cash."