Philippines' shoe industry has a new spring in its step 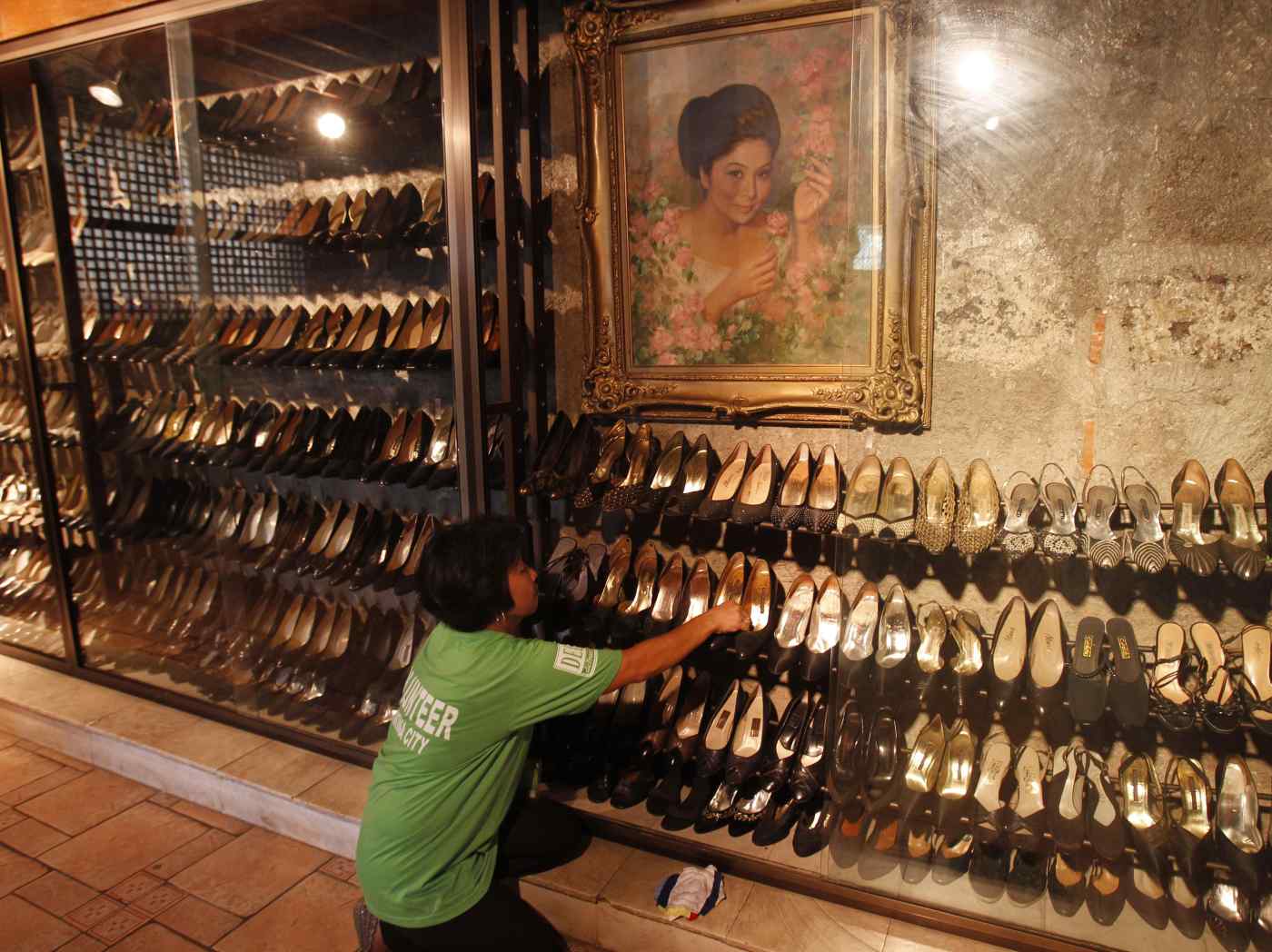 MANILA -- Marikina, a city in Metro Manila, was once known as Southeast Asia's leading center for shoemaking. The industry fell into decline with the arrival of cheaper Chinese shoes two decades ago, but there are signs of a revival as internet-savvy entrepreneurs breathe new life into the business.

One pioneer is Marquina Shoemaker. Located in a Manila residential area, its shop has an unobtrusive facade that hardly attracts notice on weekdays. But on weekends, it buzzes with customers. The shop sells about 150 pairs of shoes a month, priced at an average of 5,200 Philippine pesos ($99).

Social media is Marquina Shoemaker's main promotional tool. It posts photos of its products to its 35,000 Instagram followers, many of whom sing the shoes' praises. One commenter said that ordering a custom-made pair took time, but it was worth it after seeing how beautifully the shoes turned out. Another enthused about their fit.

The shop was opened in 2016 by Juancho Del Rosario, a 25-year-old shoe enthusiast, and his two college friends. They visited many factories in Marikina, about 13 km from the shop, and found one that had skilled, reliable craftsmen. As its reputation spread, Marquina Shoemaker began receiving orders from customers as far away as the U.S. and Hong Kong. The company plans to launch a dedicated website for overseas orders, aiming to have 20% of its sales come from abroad by 2019.

Marikina's shoe industry dates back to 1887, when the mayor hit upon shoemaking as a way to promote local industry. The number of workshops slowly grew, with cobblers making a variety of footwear from sandals to leather shoes. By the 1950s, the city had earned the nickname "shoe capital of the Philippines" and attracted many buyers, some of whom were exporters. At one time, there were 513 shoemaking workshops registered with the municipal government. When informal operations were included, the number swelled to more than 3,000.

Marikina benefited from a famous -- some would say notorious -- patron: Imelda Marcos, wife of former President Ferdinand Marcos, the Philippines' strongman leader for two decades, starting in the mid-1960s. The former first lady, who is known for her extravagant tastes, once had a collection of 3,000 pairs of shoes, many of which were made in Marikina. When she traveled abroad she made a point of wearing them to promote the city as a center of the Philippine footwear industry.

But Marikina took a turn for the worse around 2000, when cheap shoes began pouring out of China's large factories and showing up on Philippine streets. Unable to compete on price, many Marikina workshops were shuttered. By 2010, only 126 registered shoemakers were left. Because craftsmen were mostly paid based on sales, the stiff competition from abroad hit them hard. Many could not make ends meet and gave up the business. People began saying Marikina's shoe industry was dead.

But the city is finding its footing, so to speak, thanks to the efforts of entrepreneurs like Del Rosario, who have taken advantage of online opportunities to boost sales.

Another person leading the renaissance is 36-year-old Buddy Tan, who grew up in a family of cobblers. Recognizing that the old ways of doing business would no longer do, he set up Black Wing Shoes, which specializes in custom-made shoes. He cuts out the middleman, selling directly to customers online.

Like any new business, Black Wing had teething troubles: The shoes' colors did not always precisely match those shown on its website. Sometimes the sizing was off. To eliminate these problems, it now has customers select their preferred style and color online and come to the shop for a fitting. 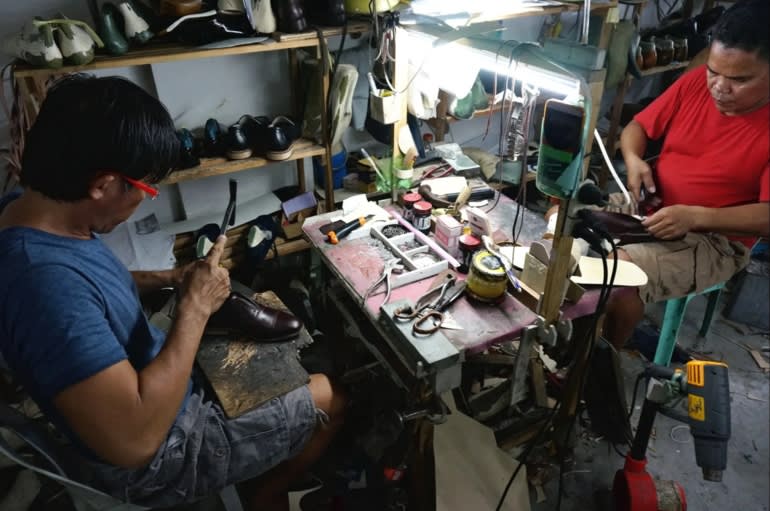 Craftsmen make footwear for Black Wing Shoes, part of a comeback for the Philippine shoemaking industry.

At Black Wing's studio, next to the shop, about a dozen craftsmen work silently on different stages of the manufacturing processes, from designing lasts -- the molds around which the shoes are shaped -- to cutting leather to sewing. The company makes 80 to 100 pairs a month, which have a base price of around 5,000 Philippine pesos. Black Wing shoes are popular with young, fashion-conscious customers. Ordering a pair takes six to eight weeks.

As Marikina bounces back, more young people are entering the shoe business. The number of factories has risen to 202 and sales reached 2.16 billion pesos in 2017, up 85% from their 2010 trough.

The new generation of industry leaders is also striving to improve the working conditions of cobblers, paying them by the day, for example, instead of by the piece.

Clarissa Badong, a consultant for the Marikina Shoe Industry Development Office, said the younger business people have not only saved the city's shoe business but have also helped customers recognize the value of well-made shoes, even if they cost a bit more.

The long-term prospects look bright. The Marikina Shoe Industry Development Office now offers courses at two universities to teach technology and management skills to those looking for a career in footwear. Noel Box, head of the office, said his goal is to ensure the survival of the city's shoe business in a competitive global market through high quality and competitive pricing.