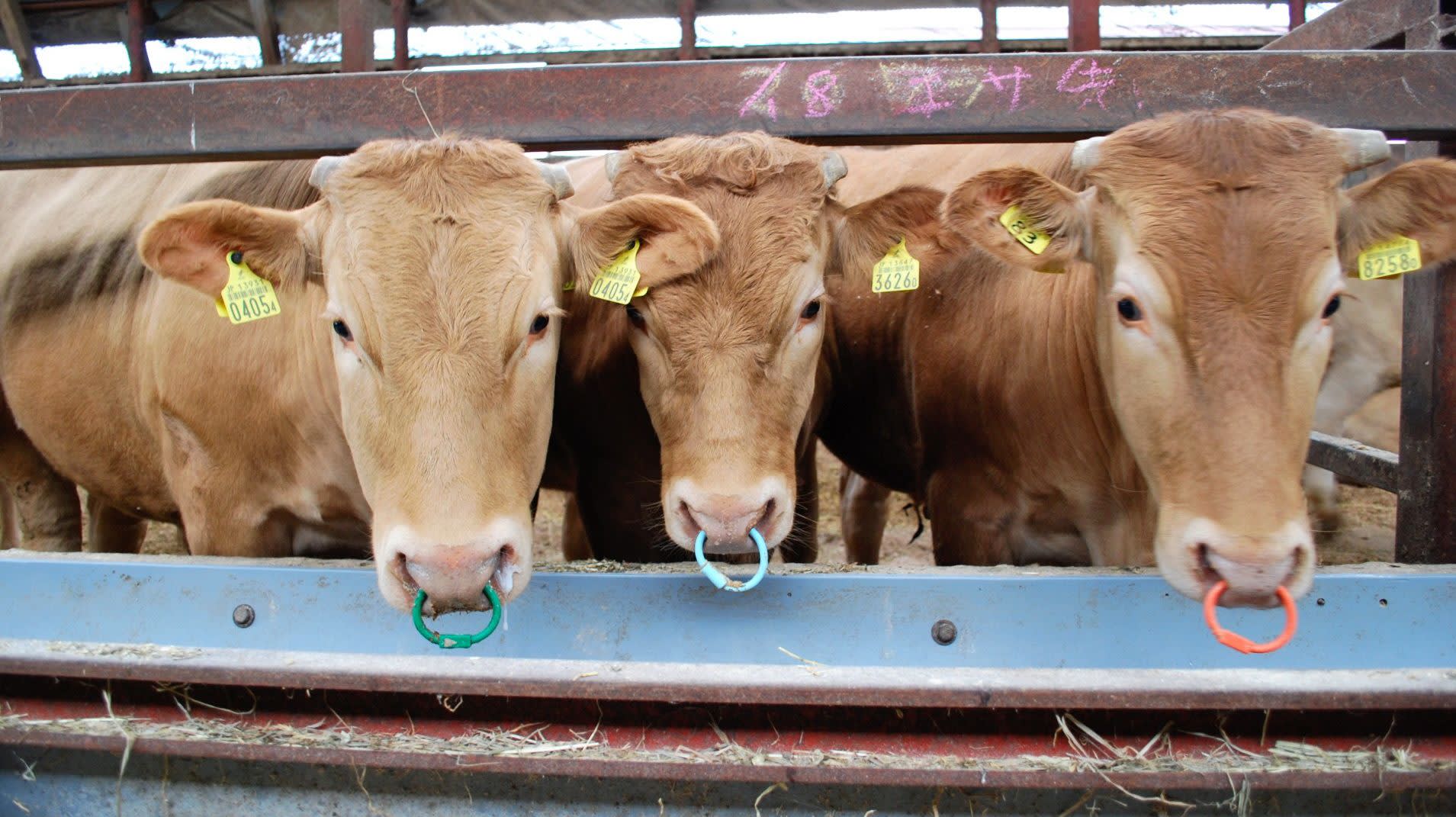 Most wagyu breeding is carried out through artificial insemination, as a cow's pedigree figures heavily into the quality of beef. (Photo by Tatsuya Inoue)
KAZUMA KOYASU, Nikkei staff writerFebruary 14, 2019 15:05 JST | Japan
CopyCopied

OSAKA -- Genetic material for wagyu beef, a Japanese delicacy and key export, was almost smuggled overseas in a recent incident, a close call that has spurred Japan to guard its cattle and their reproductive cells more tightly to keep copycats from breeding them.

Tokyo is alerting customs authorities and airline officials to keep precious wagyu genes from leaving the country, wary of a major blow to its livestock industry.

Last July, a man from Osaka Prefecture carrying more than 100 samples of wagyu zygotes and sperm in specialized containers apparently evaded quarantine inspections and boarded a ferry to Shanghai, according to Japan's Ministry of Agriculture, Forestry and Fisheries.

Upon arrival in China, he was stopped by customs and returned to Japan, where he voluntarily turned himself in at a quarantine station, telling officials he was "asked by an acquaintance" to deliver the materials and "didn't know it was illegal" to do so.

Japanese law on controlling infectious diseases among domestic animals requires that animals, as well as their products such as meat and eggs, undergo quarantine inspections before being taken abroad, with violations punishable by up to three years in prison or a maximum of 1 million yen ($9,000) in fines. Exporting wagyu zygotes and sperm is forbidden regardless of whether they have been inspected.

Prefectural police are investigating the matter, after receiving a criminal complaint last month from the agriculture ministry under the infectious disease law -- apparently the first such complaint concerning an attempt to transport zygotes and the like out of the country.

"If wagyu were to be produced abroad and insufficiently regulated beef entered the market, it would hurt our brand value," said a cattle farmer from Hyogo Prefecture who raises Tajima cows, a breed of black wagyu cattle.

Most wagyu breeding is carried out through artificial insemination, as a cow's pedigree figures heavily into the quality of beef. Zygotes and other genetic resources are sold to cattle farmers under the regulation of municipalities and private business operators, and some municipalities place restrictions on carrying the materials out of the area where they were produced.

If a wagyu zygote were implanted into a different breed of heifer overseas, the resulting calf would bear the same wagyu genes, according to an Osaka Prefecture livestock industry group.

"We wouldn't be able to stop the production" of wagyu-like products if the crossbreeding process continued elsewhere, an association representative said.

The agriculture ministry is launching its first-ever inspection into the state of oversight and sales routes for genetic resources at roughly 1,600 facilities managing them. It is also asking transport providers to keep an eye on travelers carrying storage containers at airports and harbors. Customs authorities under the Ministry of Finance have called on customs houses throughout the country to take thorough precautions at border sites.

Japan's wagyu cattle represent "the fruit of many years of selective breeding by livestock farmers" and are "a vital piece of Japanese intellectual property," said Tamako Matsuhashi, a lecturer at Kindai University specializing in animal husbandry. "We need a seamless system of checks, covering everything from production sites to distribution, to prevent genetic resources from leaking."