Premium eyedrops sales boom with so many people staring at screens 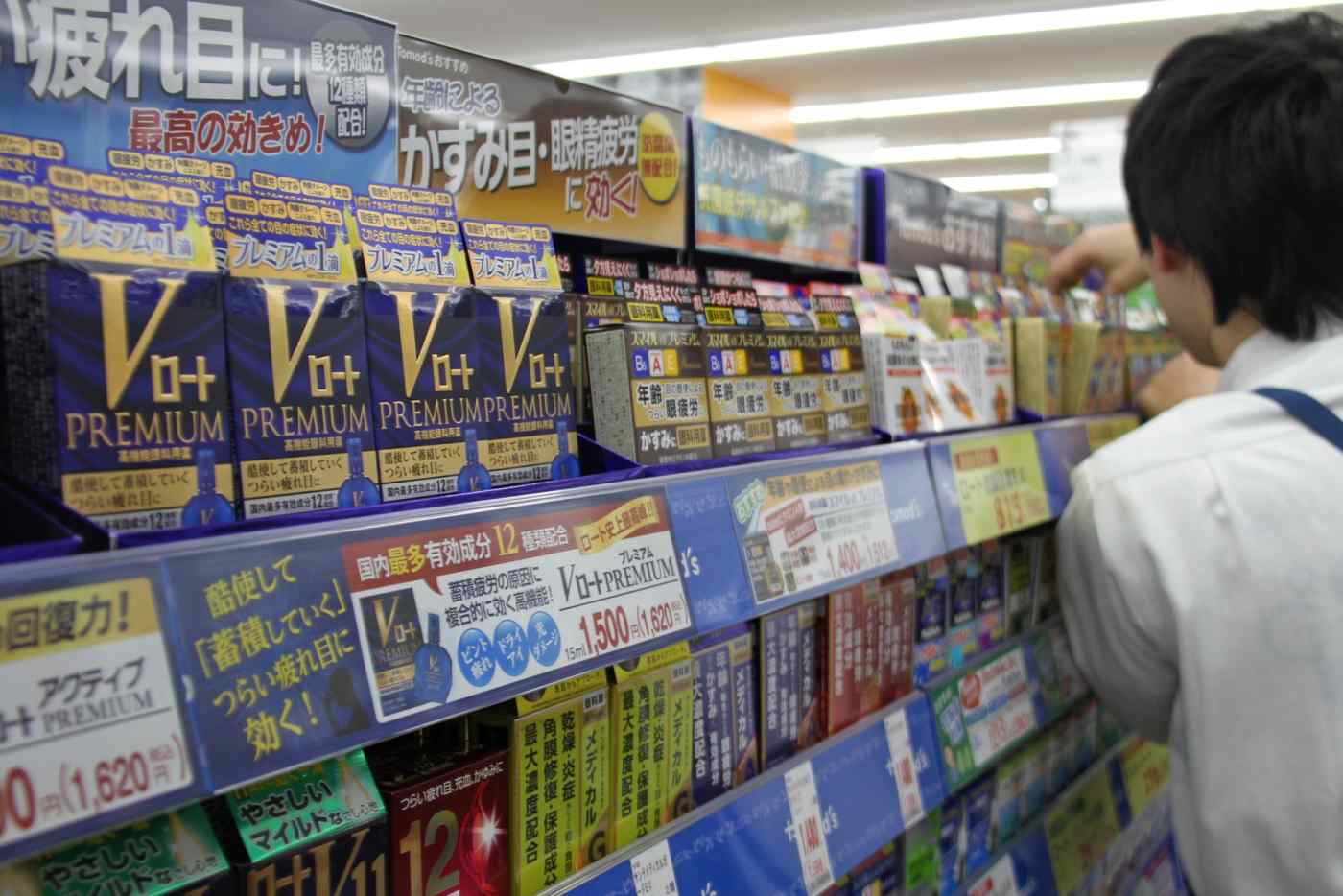 Eyedrops priced at around 1,500 yen are on display at a Tomod's outlet in a Tokyo suburb.
SHUHEI OCHIAI, Nikkei staff writerMarch 20, 2018 11:55 JST | Japan
CopyCopied

TOKYO -- In an era when almost everyone has a smartphone, it is not just the elderly who suffer from blurry vision. Young people glued to their screens are also rubbing their eyes. Business people, for whom electronic devices are essential, are also feeling the strain.

The market is ripe, in other words, for high-priced eyedrops to relieve those smartphone-induced "aging" eyes.

Tomod's, a popular drugstore chain in the Tokyo area, has noticed a shift in buying patterns. Until recently, wearers of contact lenses and those suffering from hay fever were the biggest buyers of eyedrops. But these days, more business people in their 30s to 50s are buying the higher-priced eyedrops.

"The number of products with a price tag of around 1,500 yen ($14) has increased over the past few years," said Tetsuya Uchida, the manager of a Tomod's outlet in southwestern Tokyo.

Eyedrops sales in December 2017 were 5.7% higher in value terms from the same month a year earlier, the company said.

According to Tokyo-based market research firm Fuji Keizai, Japan's eyedrops market in 2017 was worth about 57.6 billion yen, up 7% from the previous year, and 44% higher than 2012.

"Aging" eyesight as a result of excessive smartphone use accounts for much of the demand for specialty products to alleviate eye fatigue, the symptoms of which include blurry near-field vision.

"As a wide generation experiences eye fatigue caused by smartphones, the eyedrops market is highly likely to continue its upward trend in 2018 and beyond," said Toshio Ogura of Fuji Keizai.

One brand of higher-price drops, V Rohto Premium made by Rohto Pharmaceutical, contains 12 active ingredients, the most for an over-the-counter Japanese eyedrops brand. According to the company, one of the ingredients improves the focus of eyes that have been staring at screens for too long.

V Rohto Premium, along with Santen Pharmaceutical's Sante Medical 12 -- both of which came out in 2016 and cost around 1,500 yen -- are the top sellers at the Tomod's store. Ten years ago, the top-selling eyedrops ranged in price from 200 yen to 500 yen. There were a few brands priced around 1,000 yen, but not many.

According to government figures, the consumer price index category for eyedrops rose 1.1% in 2017, the first gain in 10 years.

Children are also vulnerable. According to a survey by personal-care and medical product maker Johnson & Johnson of 225 nurses working in elementary, junior high and senior high schools between July and August 2017, 49% said the number of students with smartphone-induced aging eyesight was on the rise.

Eyedrops makers are also strengthening their lineups for the aging population. Santen Pharma's Sante Medical Active and Rhoto's V Rohto Active Premium are among the products intended to treat age-related eye fatigue and blurry vision. The retail price of these products is around 1,600 yen.