Despite significance of trade megadeal, many Chinese business chiefs focused on U.S. market 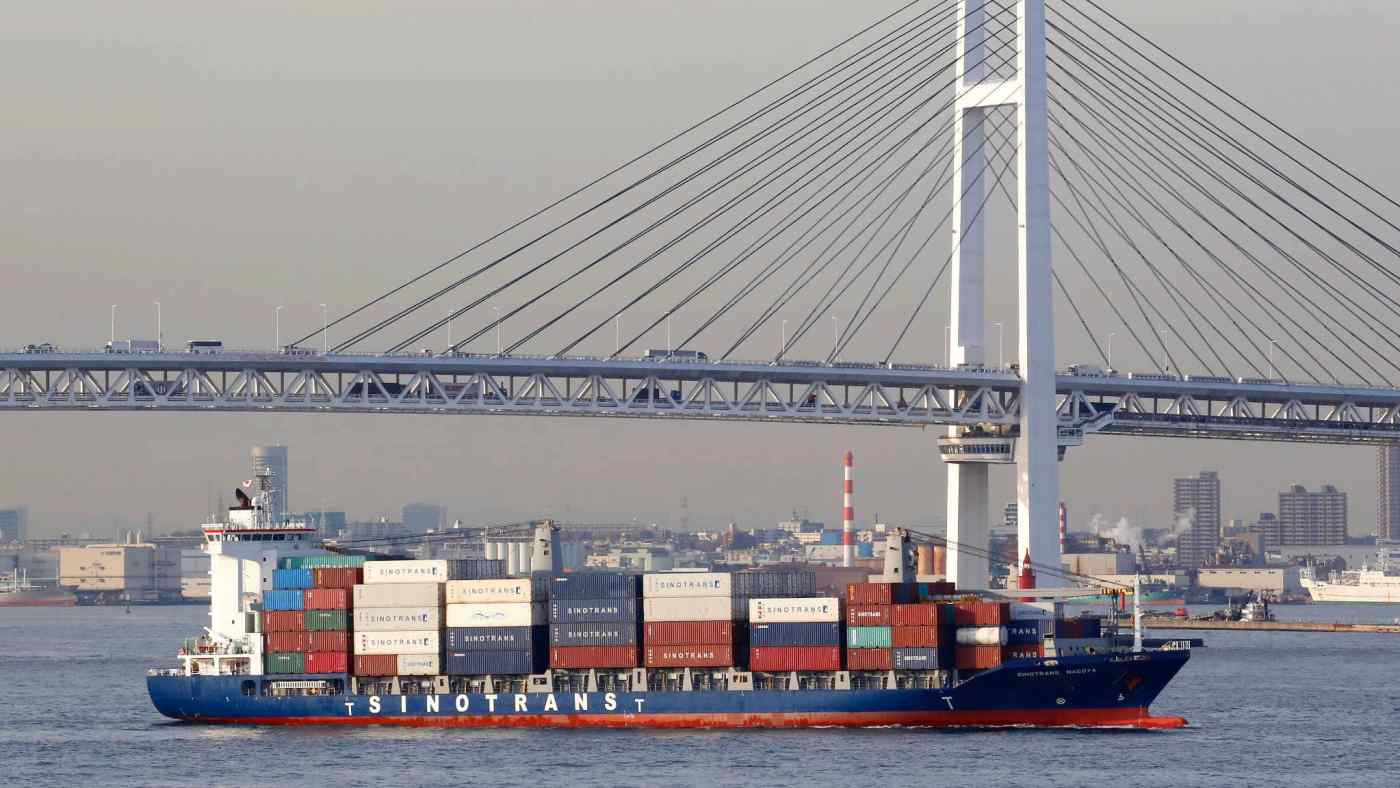 TOKYO -- Just over half of Japanese executives expect a positive impact from the new Regional Comprehensive Economic Partnership trade megadeal, a higher level than in China or South Korea, a survey finds.

Of the roughly 100 business chiefs surveyed in each country, 53.2% of Japanese respondents have a favorable outlook toward RCEP, the first trade agreement to span East Asia's three largest economies.

This compares with 41.1% in China and 46.4% in South Korea, the poll conducted last month by Nikkei, South Korea's Maeil Business Newspaper and China's Global Times shows.

The three countries have different diplomatic and trade objectives. For Japan, RCEP holds the promise of lowering tariffs and other barriers to help companies penetrate the Chinese market. But China appears more focused on the U.S., its biggest export market, whose sanctions have made it difficult for Chinese businesses to access cutting-edge chips.

"Chinese companies have had a strong tendency to keep their supply chains contained domestically in the first place," said Masaru Ashino at PricewaterhouseCoopers.

The RCEP trade bloc encompasses China, Japan, South Korea, Australia, New Zealand and the 10 members of the Association of Southeast Asian Nations. It took effect in January for the countries that completed ratification, which include Japan and China, and will enter into force for South Korea in February.

Among Chinese executives, 12.6% see the global economy gradually or rapidly worsening over the next year, up more than 10 percentage points from 2021, while 76.8% foresee growth, a 10-point drop. The share expecting rapid growth plunged to 10.5% from 53%.

This outlook comes as China tries to stamp out the omicron variant under Beijing's "zero-COVID" policy. The city of Xi'an was essentially locked down late last year, and with about 2,000 coronavirus cases reported there in a month even under those conditions, restrictions look likely to continue for some time. Electric-vehicle maker BYD said in December that the lockdown would affect its Xi'an plant.

Adding to this are a shortage of container ships that continues to snarl global supply chains and ongoing tensions between China and the U.S., which nearly 60% of executives in last year's survey had hoped would improve under President Joe Biden.

The results in South Korea were similar, with 12.8% of respondents forecasting a worse economy a year from now. Yoo Hwan-ik, a director at the Federation of Korean Industries, pointed to a "triple whammy" of a weak business environment at home, U.S.-China trade tensions and friction among Japan, China and South Korea.

In contrast, no respondents in Japan expect an economic decline this year, down from two in 2021. Japanese execs also are more sanguine about the effects of the coronavirus on their operations in 2022, with 29.9% anticipating no impact and a relatively low 57.1% having a negative outlook.

In China, 72.7% of respondents expect a negative impact. A failure of China's zero-COVID policy led U.S.-based consultancy Eurasia Group's list of the top political risks for 2022. South Korea fell in between at 63.7%, as the government reintroduced pandemic restrictions, but to a lesser extent than China.

As for risks to their business, more Chinese respondents cited labor shortages or rising labor costs than pandemic-related declines in domestic or foreign demand. The biggest challenge facing the Chinese economy is a falling birthrate and aging, cited by 44.2% of executives.

Asked about decarbonization efforts in their home countries, nearly three-quarters of South Korean executives said the government is moving too fast, compared with 26% in Japan and 41% in China.

Though all three countries have set out targets for net-zero greenhouse gas emissions, along with policies to promote renewable energy and electric transportation, South Korea's industrial structure is tilted more heavily toward carbon-intensive sectors like petrochemicals.

The survey also inquired about foreign policy expectations for South Korea after President Moon Jae-in leaves office in May. In Japan, 59.8% of executives said they hope for better relations with Seoul under the new government. But a plurality of South Korean respondents -- 42.2% -- hope for stronger ties with the U.S., as South Korean businesses such as Samsung Electronics invest more actively there.

"South Korean companies place an emphasis on the U.S.," said Hidehiko Mukoyama of the Japan Research Institute, noting efforts to cooperate with the Biden administration on semiconductors.