Restaurants in Japan boost delivery services ahead of tax windfall 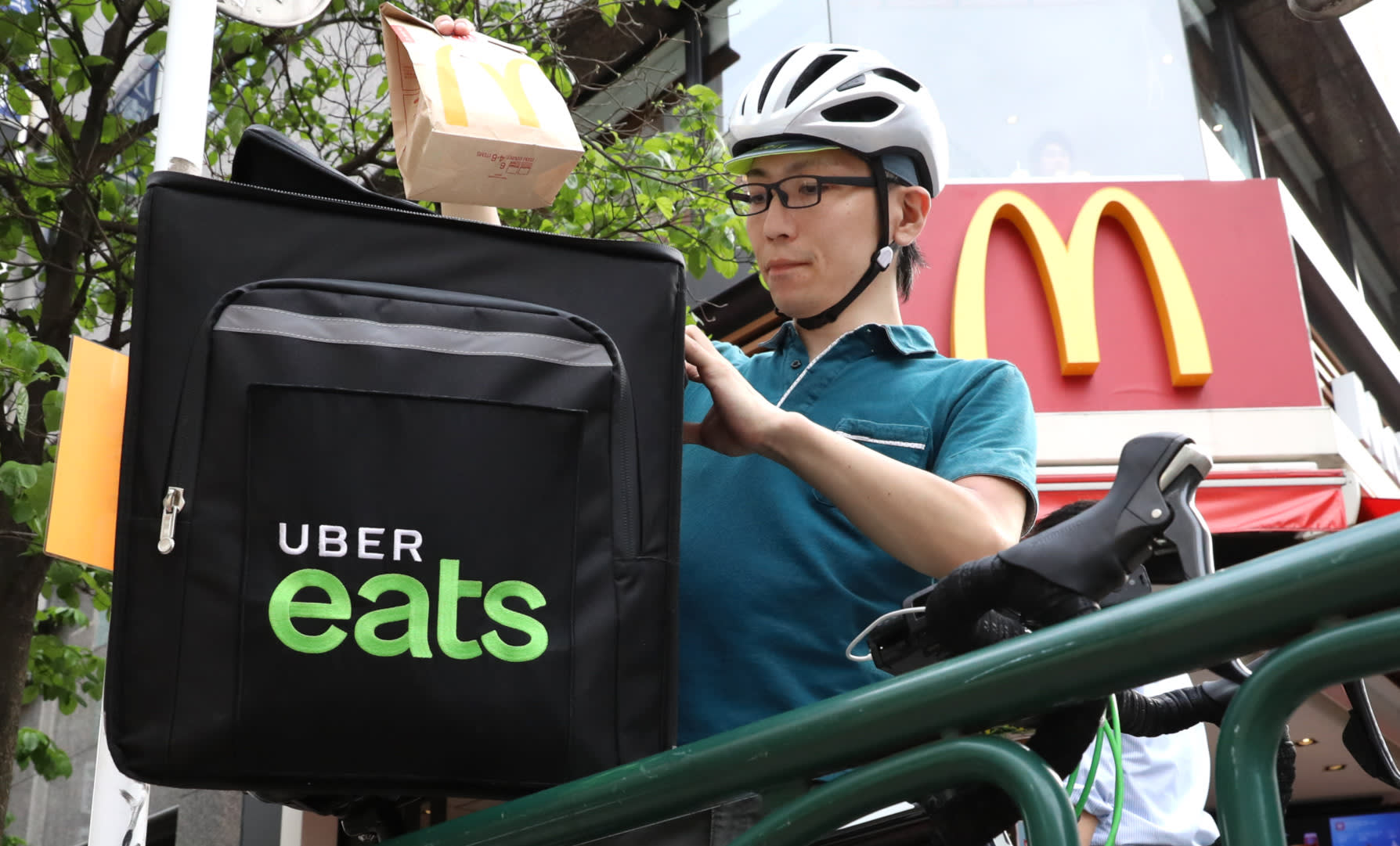 TOKYO -- Japanese restaurant chains are expanding on-demand delivery services as exemptions in an upcoming tax hike, along with the spread of smartphone apps, are expected to stoke demand among consumers juggling a busy schedule.

When Japan's consumption tax goes up to 10% from 8% in October, eating in at restaurants will be subject to the new hiked rates, but takeout and deliveries from the same restaurant will enjoy a reduced rate of 8% as part of government measures to cushion the impact. This, in turn, is creating an opportunity for the restaurant industry.

"The lower tax rate will become a tailwind," said a representative at Demae-can. "The number of restaurants outsourcing delivery is increasing." The Demae-can operator plans to increase delivery bases to 210 by August for a 150% boost in a year.

Hiday Hidaka, the operator of Hidakaya ramen restaurants, handles deliveries through Rakuten Delivery, an arm of e-commerce provider Rakuten. But the ramen chain also signed a contract this month with Demae-can to serve 15 Hiday restaurants in the Tokyo area.

Skylark Holdings, known for its family restaurants, handles deliveries at about 1,000 of its 3,200 locations nationwide. By working with a staffing agency, the company plan is to boost the number of restaurants handling deliveries to around 1,500 by 2020.

Restaurant deliveries are gaining traction due to the higher number of two-income families, along with the ubiquity of smartphones. Japan was home to 11.88 million households led by two working parents in 2017, according to government figures, or roughly double the number of families with stay-at-home mothers.

Meanwhile, the food delivery market is expected to climb from just over 2 trillion yen ($18.3 billion) a year now to about 2.4 trillion yen in fiscal 2021, says the Tokyo-based Yano Research Institute.

The tax relief is expected to add to the demand among families trying to save time on shopping, cooking and cleaning, driving companies to optimize their services and beat competitors.

Skylark is set to roll out an artificial intelligence-based analytical tool that forecasts demand at 10-minute intervals based on past orders. The system will help restaurants reduce delivery times. After completing a delivery, the courier will be directed to the closest nearby restaurant for the next order, for example. Such efforts are expected to shorten delivery times, which can run as long as 60 minutes during crunch hours, to as little as 30 minutes in cities.