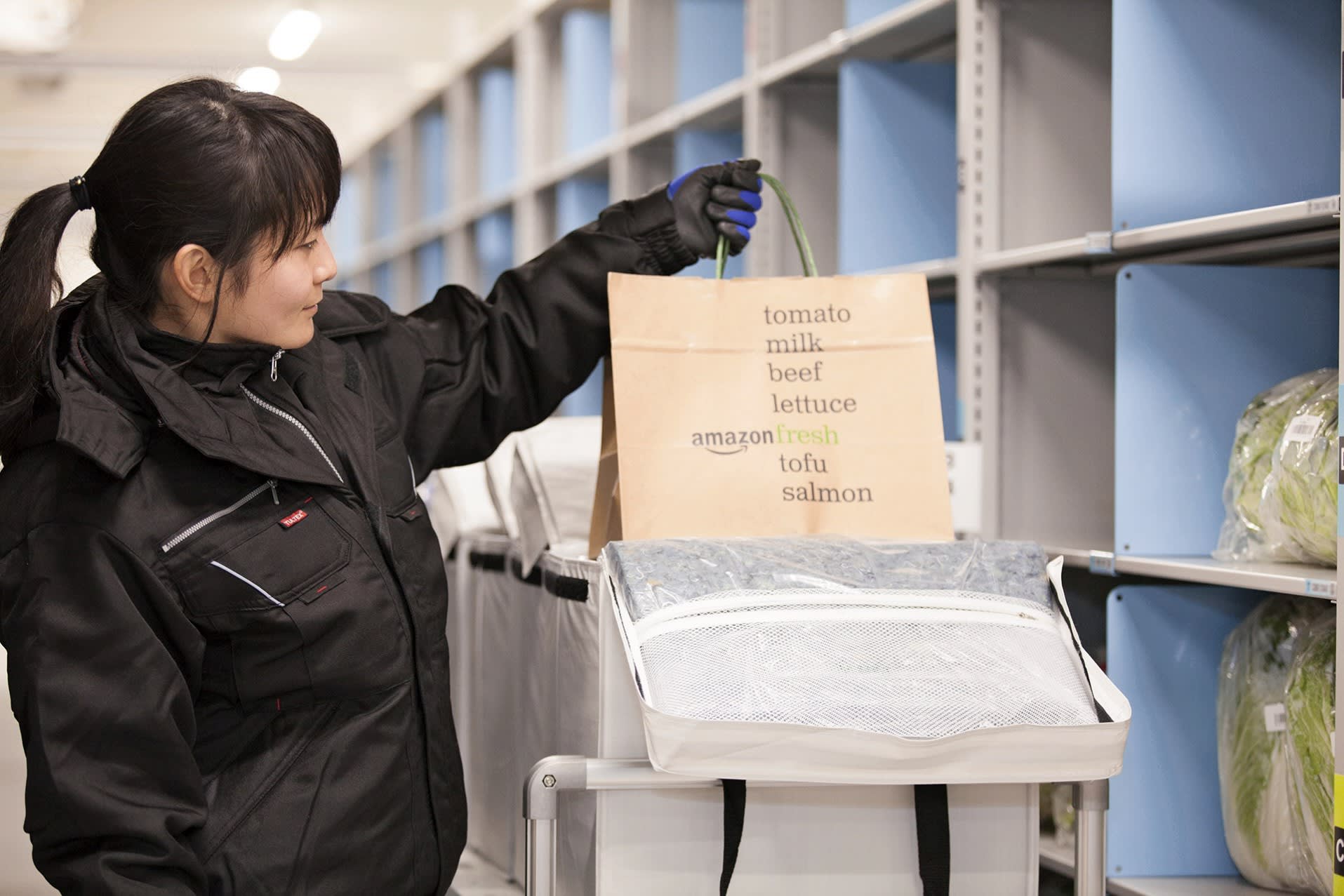 TOKYO -- In the world of retail, the line between online and physical shopping is quickly becoming blurred -- and the next battleground for businesses looks to be groceries.

Amazon.com's recent deal to acquire the upscale grocery chain Whole Foods Market in a blockbuster deal is a sign of the trend, with the potential to radically change the face of the grocery business.

Amazon's deal has had a knock-on effect on Japan's supermarket chains, in a country where the grocery market is still dominated by physical stores.

Seven & i Holdings, which operates nationwide convenience store and supermarket chains, has responded to the challenge by joining hands with online office-supply company Askul.

The partnership came out of talks between Seven & i Holdings President Ryuichi Isaka and Askul President Shoichiro Iwata in March.

Isaka had initially offered to help Askul's efforts to recover from serious disruptions in its operations caused by a large-scale fire that broke out at one of its distribution centers in February.

The Seven & i chief was surprised when Askul's Iwata told him that it was actually Askul which could help Seven & i. Iwata had noticed the threat Seven & i was facing from surging e-commerce sales in Japan, and said his company could provide logistics support.

Seven & i's own online business, launched more than a decade ago, has failed to make a dent in the market. The group's online sales amount to less than 100 billion yen ($900 million), accounting for less than 1% of its overall sales.

The group's online supermarket services have failed to attract many customers, due mainly to logistics problems. When orders flood in, items often run out of stock, while delivery is delayed. Customers have complained of frequently late deliveries on rainy days.

Askul, on the other hand, has built its own highly efficient distribution network that allows the company to deliver office supplies by the hour in major cities.

On July 6, Seven & i and Askul announced a business tie-up to jointly launch a fresh-food delivery service in November.

At the announcement, Isaka said Seven & i will make "fundamental changes" to how it delivers its merchandise, with the help of Askul.

In no small part, Seven & i's decision to team up with Askul was prompted by the rapid growth of Amazon's presence in Japan.

Amazon's online sales in the nation have surpassed 1 trillion yen. Even more threatening to Seven & i is the company's grocery delivery service, Amazon Fresh, which was rolled out in Japan in April.

Amazon's acquisition of Whole Foods in June -- which will instantly turn the eCommerce pioneer into a grocery merchant with physical outposts across America -- is certain to beef up the company's competitiveness in the grocery business.

Amazon has been moving aggressively into the traditional business of brick-and-mortar retail in recent years. But its approach to using physical stores is unconventional.

The company plans to use the 460 Whole Foods stores it acquired for $13.7 billion as if they were warehouses.

The business of selling groceries is complicated, with hard-to-manage inventory. Unlike books or clothing, perishable foods cannot be stored for long periods.

This challenge can be solved by using physical stores as if they were refrigerated warehouses. 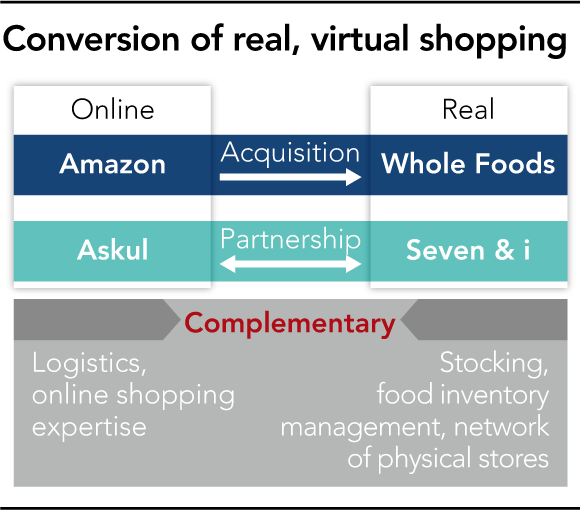 Instacart, a partner of Whole Foods, is an on-demand delivery startup. The services they offer include a smartphone ordering system, allowing employees to collect goods so that busy customers can receive them on their way home from work.

The service also involves hiring consumers to deliver goods on behalf of the store to other nearby consumers.

Such sharing services offer benefits for both stores and consumers. If Amazon devises new types of grocery services by using Whole Foods stores as warehouses, it could lead to profound changes in the ways people work and shop.

The history of the retail industry has been marked by many reshufflings of the pecking order.

In the U.S., Macy's was was king of retail during the era of department stores, until it was dethroned by supermarket chains offering goods at low prices.

In Japan, retail industry leaders have shifted from Mitsukoshi, a department store chain, to Daiei, a supermarket operator, and then to convenience store operators such as Seven & i's 7-Eleven.

Global expansion of e-retail is now threatening to upend the industry once again.

In the July 6 press conference, Askul's Iwata said: "Amazon is an excellent company, but is it really convenient if consumers only had Amazon as an option?"

But a battle with Amazon requires a great deal of strategic prowess. Seven & i will need to develop an innovative new business model that combines the advantages of physical and online shopping in a way that can compete with the world's largest online retailer.