TOKYO -- Kadokawa, a big Japanese publisher, is beckoning anime lovers to Japan. Actually, it is trying to make pilgrims out of them.

In February, Kadokawa opened an information center inside its office building in Tokyo's Chiyoda Ward. That information center is now Fudasho Stop 1, a guidepost of sorts that marks the beginning of a trail of 88 "holy sites" that the Anime Tourism Association suggests should be visited.

At Fudasho Stop 1, pilgrims can pick up maps and brochures about the other sites.

The trail is part of a wider effort that the publisher is making to bring more foreign tourists to Japan's countryside and thereby revitalize local economies.

Kadokawa is also bringing Japan Airlines on board to put together tours for anime enthusiasts in Hong Kong.

They include Ibaraki Prefecture's Oarai, the setting for the "Girls und Panzer" series featuring tank battles among schoolgirls, and Kuki, Saitama Prefecture, a place used in "Lucky Star," a title depicting the life of four otaku female high schoolers. 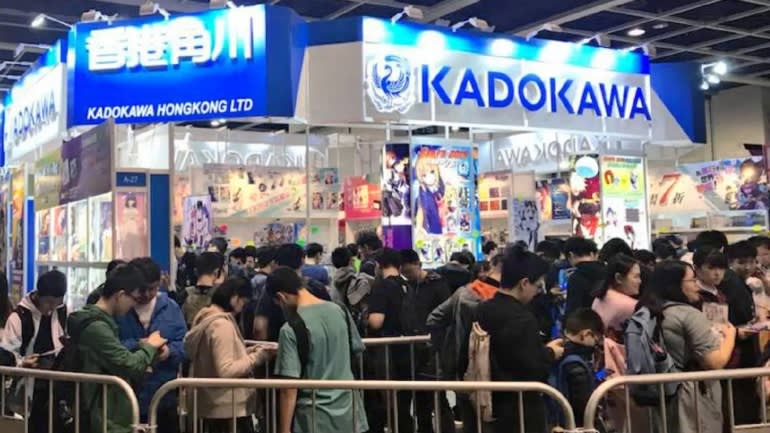 Kadokawa HongKong, which drew a big crowd to its booth during an anime event in February, is being called on to entice fans to travel to Japan.

Tours organized by Kadokawa and JAL will take Hong Kongers on pilgrimages to various places in Japan that inspired the settings of hit anime and manga stories.

Subsidiaries Kadokawa HongKong and JAL Satellite Travel will be in charge of the tour-related business in Hong Kong.

JAL will be primarily responsible for developing the tours, and Kadokawa will pitch them in Hongkong Walker, a Japan travel guide.

In 2018, about 2.2 million Hong Kongers arrived in Japan, a figure equivalent to about 30% of the special administrative region's population. According to the governmental Japan Tourism Agency, 20% of those arrivals had visited the country at least 10 times. The percentage is high compared with those for China, Taiwan and South Korea.

Why the focus on repeat travelers? They are more likely to make their way out of big cities and to rural settings.