TOKYO -- Salmon has been the favorite fish for diners at conveyor-belt sushi restaurants in Japan for six years running, according to a 2017 survey by seafood processor Maruha Nichiro. Ninety percent of that salmon is imported from Chile and Norway, but its popularity is now spurring domestic fish farming.

More than 100 types of rainbow trout, which are also called "salmon" in Japan, are raised in the country. And it is not just Japanese who find salmon a tasty addition to a sushi platter. Buyers in other Asian markets, such as Hong Kong and Singapore, are also snapping up the fish.

Since the 1980s, salmon has grown in popularity with conveyor-belt sushi restaurants thanks to its affordability and high fat content. Japanese eat around 100,000 tons of the fish annually. These restaurants are paying more attention to how and where they procure the fish, to the point where "salmon served at the restaurant is an indicator of the restaurant's quality," according to Nobuo Yonekawa, an expert on the business.

Some farmers who breed other types of fish, such as red sea bream and yellowtail did not welcome the salmon wave at first, but they eventually embraced it as the trend has shown no sign of slackening.

Research on better techniques for salmon farming is also picking up steam, with Japanese producers eager to beat imports on quality. Rising demand worldwide has doubled the international price of salmon over the past five years, giving fish farmers an additional incentive. Okamura Foods, a seafood processor in Japan's Aomori Prefecture, plans to export half its production of farmed salmon. (Photo by Takumi Sasaki)

Salmon raised in Japan, amounting to several dozen tons a year in each farming region, largely go to the local market. But Okamura Foods, a processor in Aomori Prefecture, northern Japan, wants to export. It hopes large-scale production will help it compete on price.

At one Okamura Foods fish farm, silver-colored salmon leap from the water in a circular pen as the waves pound the shoreline in the Tsugaru Strait separating the islands of Honshu and Hokkaido. The high-tech fish pen reduces the wave action, making it easier for the fish to move around.

Okamura Foods also has a salmon farming subsidiary in Denmark, one of the world's biggest producers. By applying know-how from Scandinavia, Okamura Foods aims to "produce 2,000 tons of salmon" by 2020 at the earliest, said Koichi Okamura, the company's chief executive.

Okamura Foods is slated to ship its first batch of salmon this spring. The company has already received inquiries from potential buyers in Hong Kong and Singapore. It plans to export half its production. 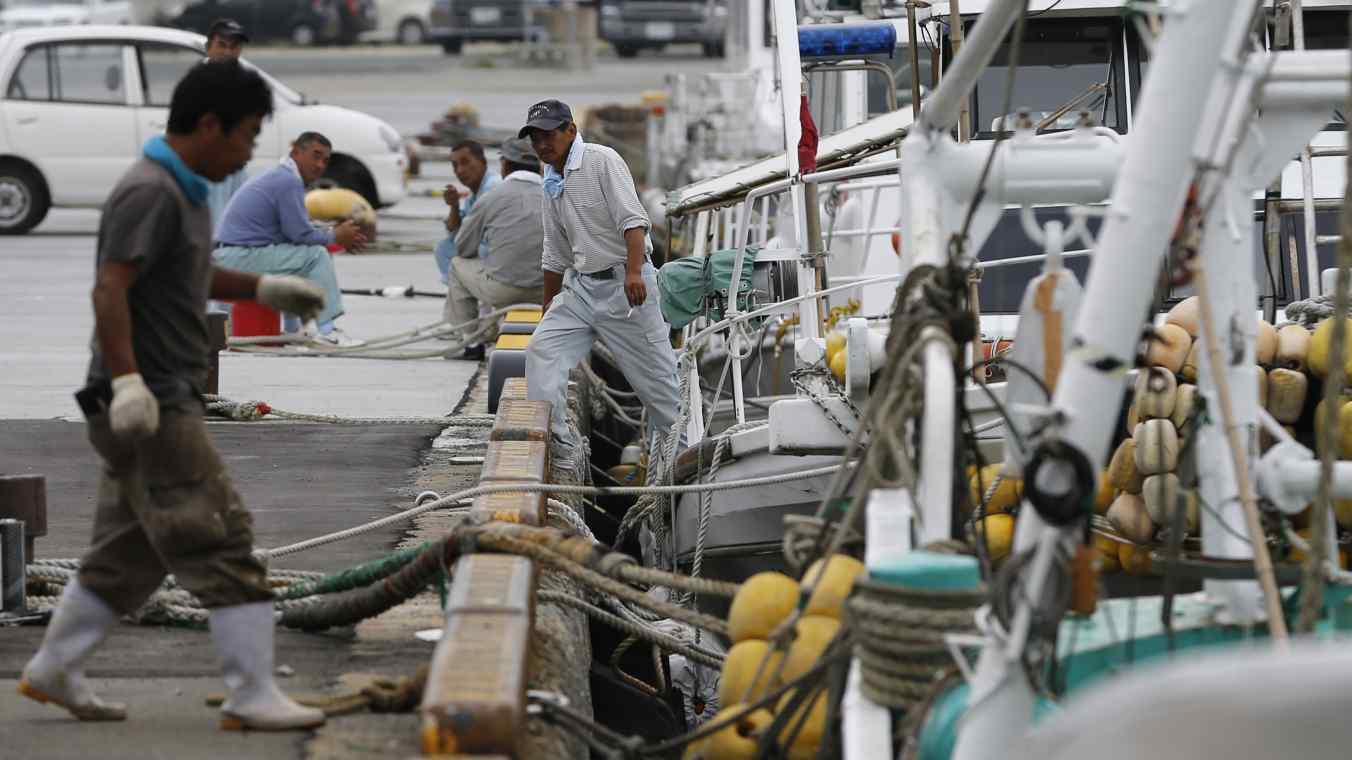 In Nagano Prefecture, in central Japan, banners promoting Shinshu salmon are ubiquitous. Shinshu is the historic name for Nagano. Although the prefecture is landlocked, there is a push to promote farming of the fish as "a food that is typical of Shinshu" for tourists, said Masao Takahara, who heads an industry group made up of farmers and others.

The taste of female Salmonid fish, which includes salmon and trout, usually deteriorates as they mature because the nutrients are absorbed by eggs. Shinshu salmon is a hybrid that does not lay eggs, so it retains its flavor. Fish from the area are popular with inns and restaurants, helping raise annual production tenfold to around 350 tons over the past decade or so.

Yamaguchi Prefecture, in western Japan, has also jumped on the salmon farming bandwagon.

After the catch is brought to port, it is processed on the spot to maintain the quality of the fish before it is shipped fresh to the restaurant. Kumada's most popular menu item is its 1,580 yen ($14.75) Sanshu Tabekurabe Don, which comes with three varieties of salmon raised in various parts of Japan.

"The unique appeal of Japanese salmon is its freshness," said Kenji Konno, president of Kumada's operator.