Sony and Panasonic hold back, fearing latest tech will be a hard sell 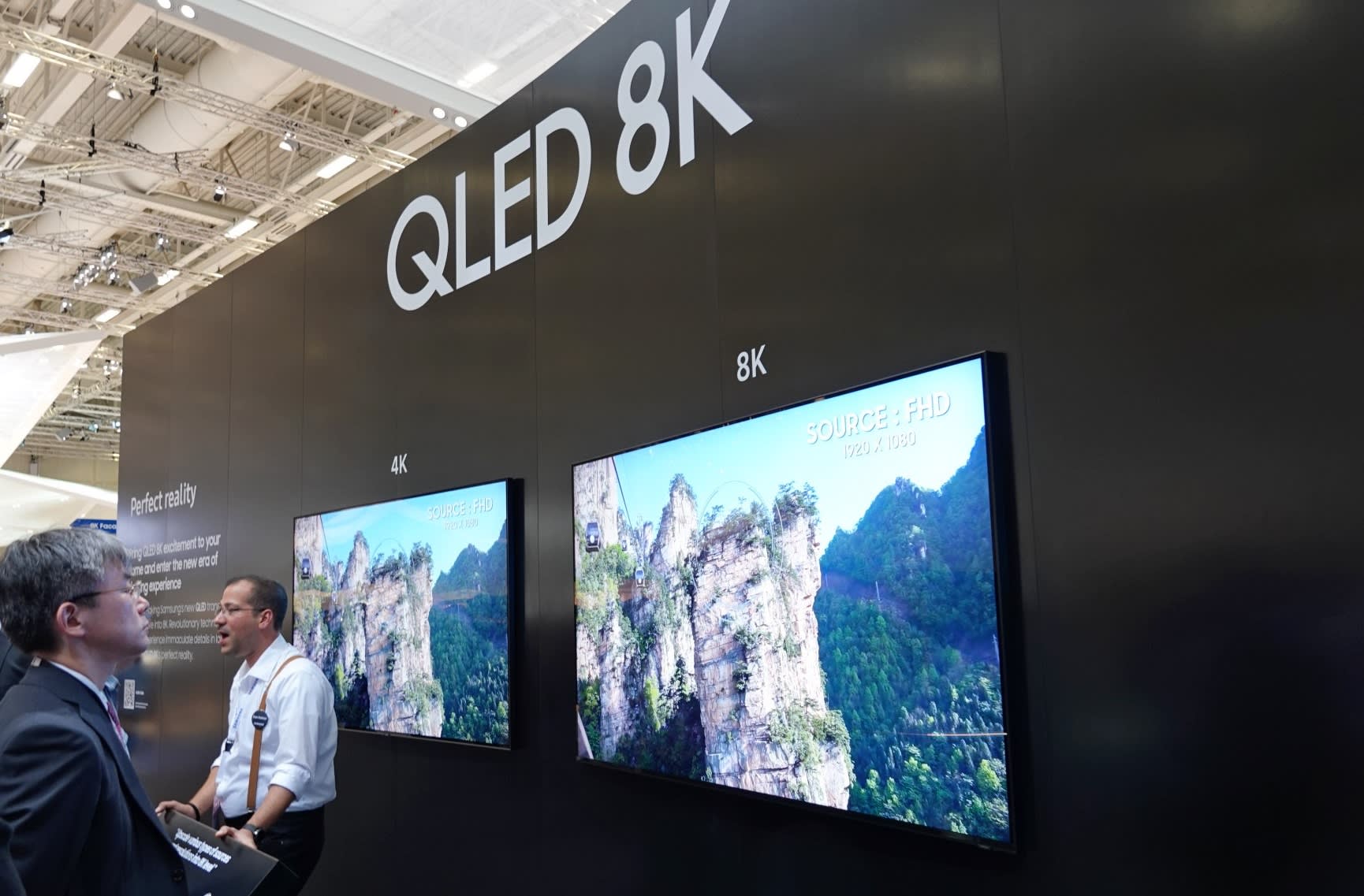 BERLIN -- A divide is opening up in the electronics industry, with some TV manufacturers racing ahead to sell the highest-resolution 8K models while others stick with 4K technology that is only just catching on.

South Korean powerhouses Samsung Electronics and LG Electronics have followed Japan-based, Taiwanese-owned Sharp into the 8K era. But their big Japanese rivals, Sony and Panasonic, are holding back out of concern that the market is not ready.

Few deny that 8K will eventually take over the market. The TVs offer mesmerizing picture quality, with four times the pixels of 4K Ultra HD sets, which in turn have quadruple the pixels of Full HD models. The larger the display, the more important the number of pixels becomes for image quality.

Samsung, the world's top TV maker, has been showing off its 8K models at this year's IFA, Europe's largest consumer electronics show, in Berlin. The conglomerate says its display clearly shows even tiny details, like a reflection in a pupil or individual raindrops.

LG, the second-ranked player, also brought a shiny new weapon to IFA: a model it bills as the world's first 8K OLED TV. The company hopes to capitalize on its near monopoly in the market for panels made from thin layers of organic light-emitting diodes.

With the two biggest industry forces throwing their weight behind 8K, the buzz over the state-of-the-art technology is growing. And Sharp, which last year became the first to offer 8K TVs to consumers, is bullish about the sales outlook.

"We will accelerate 8K sales growth beyond the speed of 4K's growth," said Sharp Executive Vice President Yoshihisa Ishida. "The first mover will win the game."

Sharp plans to start selling an 80-inch 8K TV in Europe next spring, following releases in China and Japan.

One impediment, though, is the lack of 8K content.

Home entertainment is increasingly available in 4K, with Netflix and other online streaming services embracing the format. When it comes to 8K, Japanese public broadcaster NHK plans to kick off service in December, alongside 4K, in preparation for the 2020 Tokyo Olympics.

But so far, there are few notable 8K projects underway outside Japan. The Association for Promotion of Advanced Broadcasting Services, a Japanese industry group of mainly commercial broadcasters, is not aware of any case of practical 8K broadcasting overseas.

Equipment for shooting 8K footage is still few and far between. Technology for upscaling 4K content to 8K exists, but it degrades picture quality.

Sharp wants to get a head start on the competition by releasing 8K TVs in Europe, but Sony believes it is premature to make the leap.

Sony does not seem worried about falling behind in 8K. "There is no chance our TV business will get into trouble," Takagi stressed. "We will offer [8K models] when we have developed products that we can sell with confidence."

Panasonic is playing it safe, too. "8K TVs are still too costly," said Testuro Homma, a senior managing executive officer. "It's hard to convince consumers of the benefits" of buying 8K sets now.

At this point, it is far from clear which camp is smarter -- the early movers or the holdouts.

One thing industry executives agree on is the difficulty of predicting how fast new technology will spread. "Few companies could accurately assess the speed at which [4K or HD TVs] would become popular before the market really took off," one insider said.