TOKYO -- When it comes to money, students at the Indian Institute of Management, Ahmedabad, have a lot to look forward to. Graduates of the school's 2012 MBA program earned an average of $174,274 just three years after graduation. That is more than the $172,501 their counterparts at Harvard Business School took home, according to the Financial Times' 2016 ranking of global MBA programs.

IIMA was ranked first in the world when it came to "career progress," calculated based on changes in the level of seniority and the size of companies alumni work in now compared with before their MBA.

Overall, however, the Indian school came in at a modest 24th, pulled down by lower scores in the gender and nationality diversity of its student body. Only 4% of its students were from other countries, and female students made up just 19% of the total.

Topping the overall ranking was INSEAD, which has campuses in France and Singapore. It had a 95% internationalization rate, 30% female student ratio and ranked 10th in value for money.

Of the 16 Asian schools that made the list, a leading seven were Chinese. Ten of the total moved up from last year's ranking. Renmin University of the China School of Business placed highest among the new entrants, at 43rd. Its graduates had an average salary of $94,233. 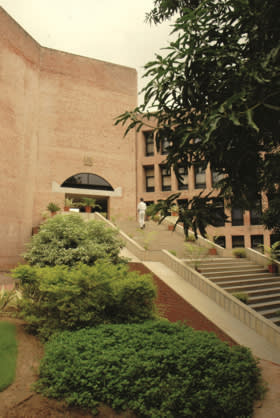 While Asian schools made progress, they failed to break into the very top echelon, dominated by Western institutions. Asia's highest-ranking school, Hong Kong's HKUST Business School, placed 14th overall, but it did not fare as well in reputation among alumni, at 37th, and in "placement success," the effectiveness of the school's career services, at 90th.

Notably absent from the ranking were Japanese business schools. Japan was the sole Group of Seven country without an institution on the list. Schools have to request to be considered for the list, and according to an FT statistician, "No Japanese schools took part in the 2016 ranking." Weak diversity scores have kept Japanese schools off the list in the past.

The paucity of high-quality business schools could hinder the overseas expansion moves of Japanese companies, which are increasingly looking abroad to cope with a shrinking domestic market. This was the first time that INSEAD topped the ranking. The school's one-year MBA course has a relatively low tuition, but its graduates earn about the same as those of schools with two-year MBA programs.

For more information on the latest FT MBA ranking, visit: