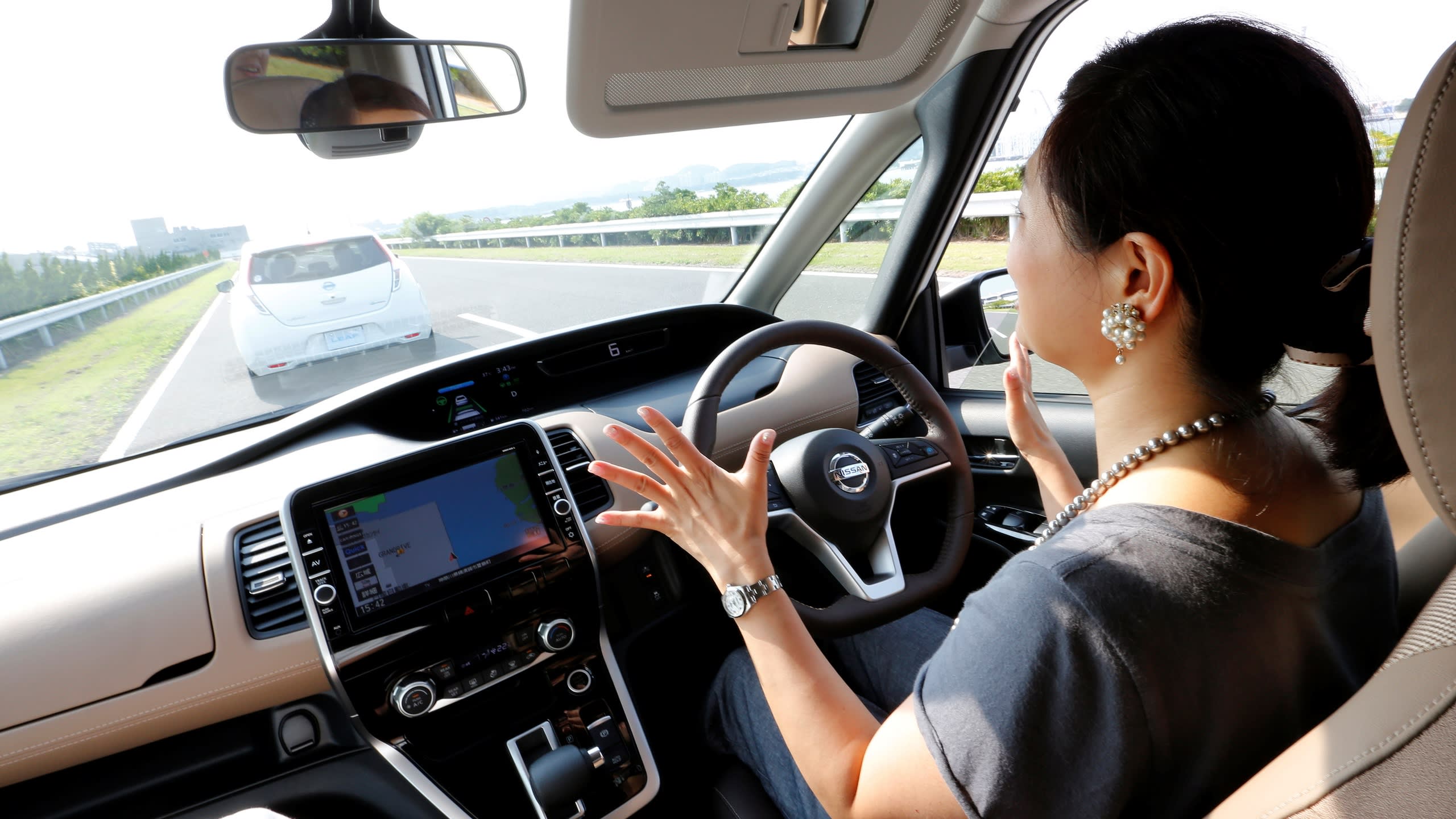 Insurance for self-driving cars will help the vehicles peacefully coexist with their conventional counterparts when they hit the road sometime next decade.   © Reuters
Nikkei staff writersMay 16, 2018 06:58 JST | Japan
CopyCopied

TOKYO -- Japanese insurers are preparing to cover collisions between self-driving vehicles and pedestrians under premium automobile policies, helping clear the way for these next-generation cars to hit the streets.

These policies are tapped if the payout from a vehicle owner's mandated insurance proves insufficient to compensate accident victims and their families. Optional policies also will deal with property damage -- something mandatory policies do not require -- resulting from self-driving vehicles.

The collisions in question involve "level three" automated driving, in which a person takes control of a vehicle only in emergencies. The deepest automation is rated as level five. This level-three technology is expected to reach the Japanese market during the next decade. The government, which devised plans at the end of March to have the necessary laws and regulations in place by 2025, has determined that the owner of an automated vehicle should bear civil responsibility for collisions.

Insurers already have inserted automated-driving provisions into popular offerings at no extra cost, hoping to "create an environment where, even in the case of accidents involving automated cars, mandatory and optional insurance plans put relief for victims first," said Toshifumi Kitazawa, president of Tokio Marine Holdings, the parent of Tokio Marine & Nichido.

An insurance framework to compensate accident victims lowers some of the legal hurdles to self-driving cars, but other steps remain. Japan's road traffic law assumes that vehicles are controlled by human drivers at all times, putting it at odds with the emergence of automated driving. Safety standards for self-driving cars remain to be determined, as does how to apportion criminal -- as opposed to civil -- responsibility for accidents.