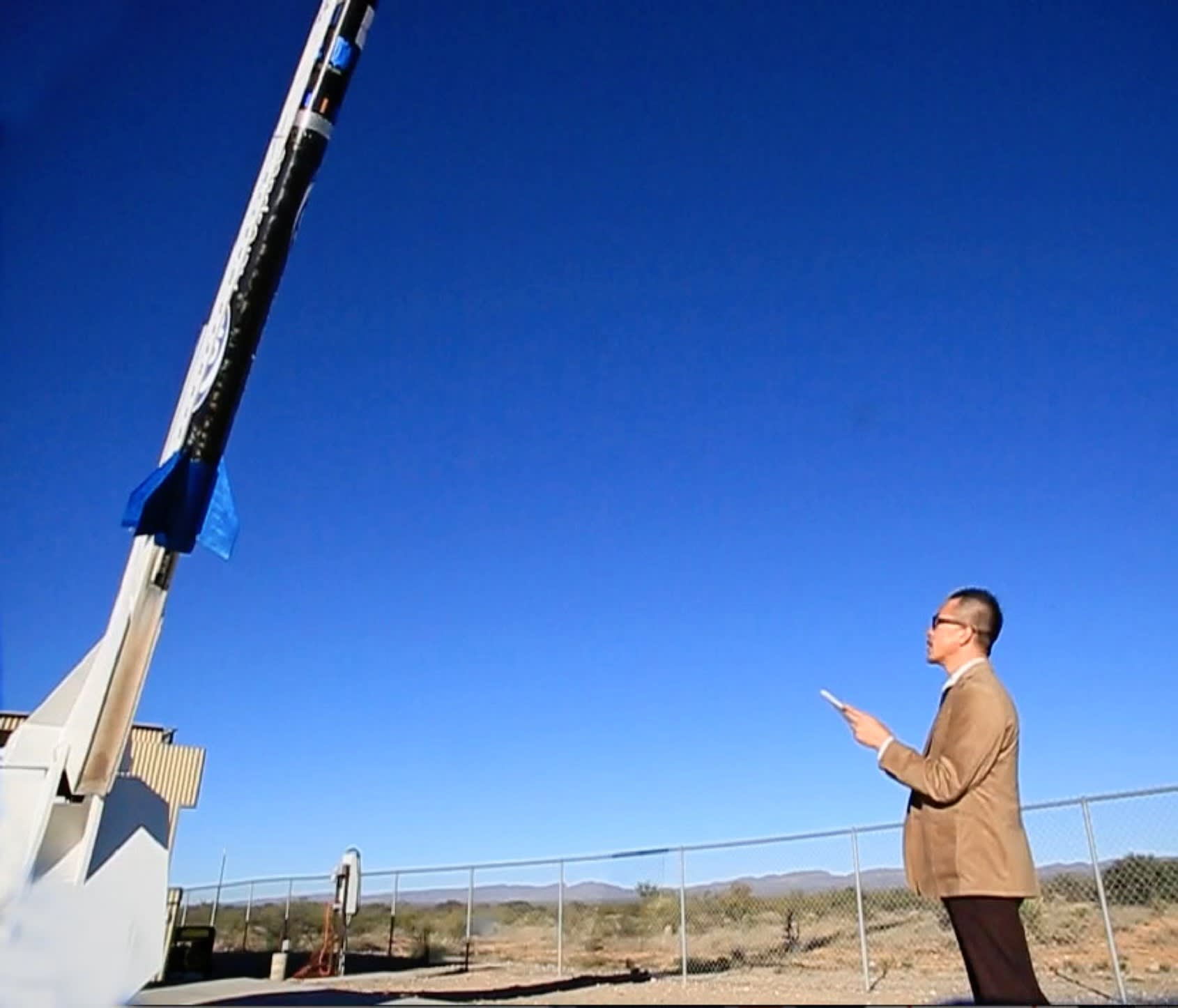 A message from the family is read out before the launch of a rocket containing the ashes of a loved one.

TOKYO/CALIFORNIA -- Motoyuki Odachi's mother Sumiko was someone who loved to travel and toured all over Japan and Southeast Asia.

So when she passed away two years ago at 79, he wanted to take her on one final, magical journey.

Ginga Stage provided the perfect solution, and there is a clue in the company's name; "ginga" means "galaxy" in Japanese.

The funeral services provider serves as an agent in Japan for a U.S. company with a modern take on a burial at sea.

"We wanted to respond to requests like 'I want to become a star after death' and 'I want to go into space,'" said company official Hirohisa Dekuchi.

A burial at space involves loading a capsule containing the ashes of the deceased on board a rocket or satellite. Ginga Stage launched its first funeral rocket through the tie-up in 2014.

It would be difficult for Odachi to look after a grave for his mother due to his work schedule and a family situation. As a company executive, he frequently has to travel around Japan and overseas, and all his siblings have moved away from their hometown.

"If she rests in peace in space, we can pray for her whenever we want by looking at the sky," Odachi said. Due to a series of delays in 2016, there are almost 20 clients waiting for the service, according to Dekuchi. The company has two launches planned between autumn and winter 2017 and another 30 people have applied for the service for themselves.

The number of people considering a space burial is gradually increasing.

Dekuchi said that more and more people are thinking about what they want to happen once they pass on as Japan's population ages, and the requests he receives are becoming more varied in nature.

Behind the rising profile of memorials like these lies the country's declining birthrate, as well as a lack of cemetery space.

"In the past, a person could move away from home safe in the knowledge that a sibling would continue to tend to a family grave," Dekuchi said.

Many elderly people have told him that they do not want burden their grandchildren with having to look after them even after they are gone. It is also an expensive affair. The plot and gravestone often run to several million yen, or tens of thousands of dollars.

Before his daughter Naoko sadly died in 2006, 79-year-old Kenji Kanbara received a text message from her asking him to send her ashes into space one day.

Having held on to her ashes all this time, he can finally realize her wish. "It is what she wanted me to," he said.

Kanbara chose the company's shooting star memorial plan for Naoko. The capsule carrying her ashes will orbit the Earth before burning up like a shooting star upon re-entry to the atmosphere. The launch is scheduled for some time around the turn of the year.

Despite this being Elysium's first launch, nearly 100 people around the world have applied for the service.